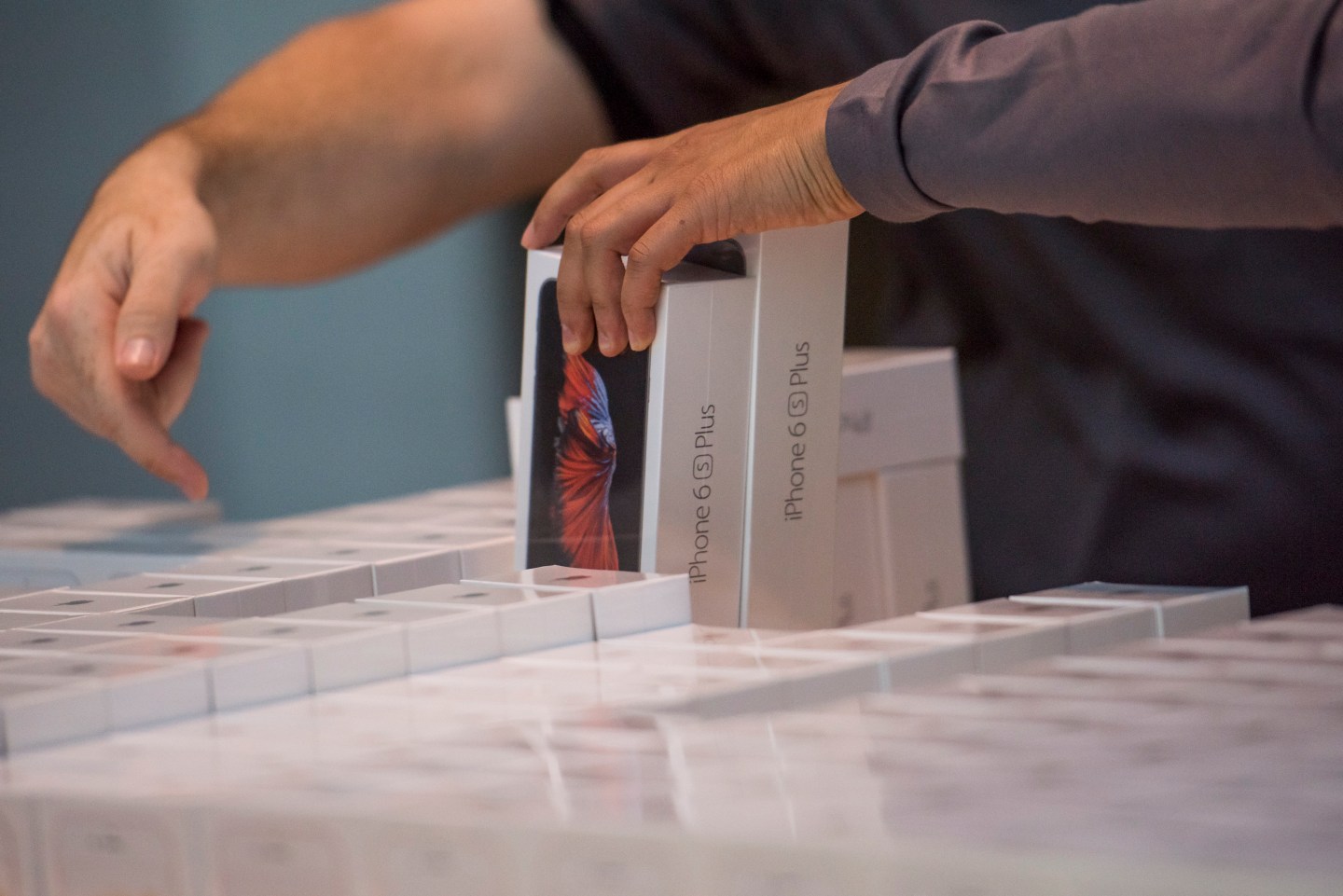 With the world’s most valuable company—and the hedge funds’ favorite punching bag—set to report earnings after the markets close today, the eyes of Wall Street are once again on Apple.

As of Monday’s close, the stock was still 26% below the all-time high of $134.54 set back in February. It’s been under pressure ever since by a moving target called the “tough comp:” the quarter that must someday inevitably come when Apple sells fewer iPhones than it did the year before.

That’s not supposed to happen today. When the markets close this afternoon, Apple is expected to report that it beat its own record quarter of December 2014. Fortune‘s panel of analysts—a mix of Wall Street professionals and veteran amateurs—is calling for iPhone sales of 76.3 million (2.4% higher than last year), total sales of $77.15 billion and earnings of $3.29 a share.

If they’re right, that would make fiscal Q1 2016 the most profitable quarter ever recorded by a non-government sponsored enterprise.

But even that might not help the stock price. What all of Wall Street is waiting to hear is Apple’s (AAPL) guidance for fiscal Q2 2016, the quarter that ends in March. If it guides much lower than $55.6 billion—Wall Street’s consensus, according to Thomson Reuters—there could be hell to pay.

For more on Apple, watch the following Fortune video:

I’ll be monitoring the earnings results, and you can too. Apple’s conference call with analysts will be webcast live starting at 5 p.m. ET (2 p.m. PT). Click here to listen in.

Meanwhile, some charts. First, a summary:

Second, the full spreadsheet, which you can read (but not rip off without credit, please) here.

Thanks, as always, to Posts at Eventide’s Robert Paul Leitao for pulling together the Braeburn Group numbers.