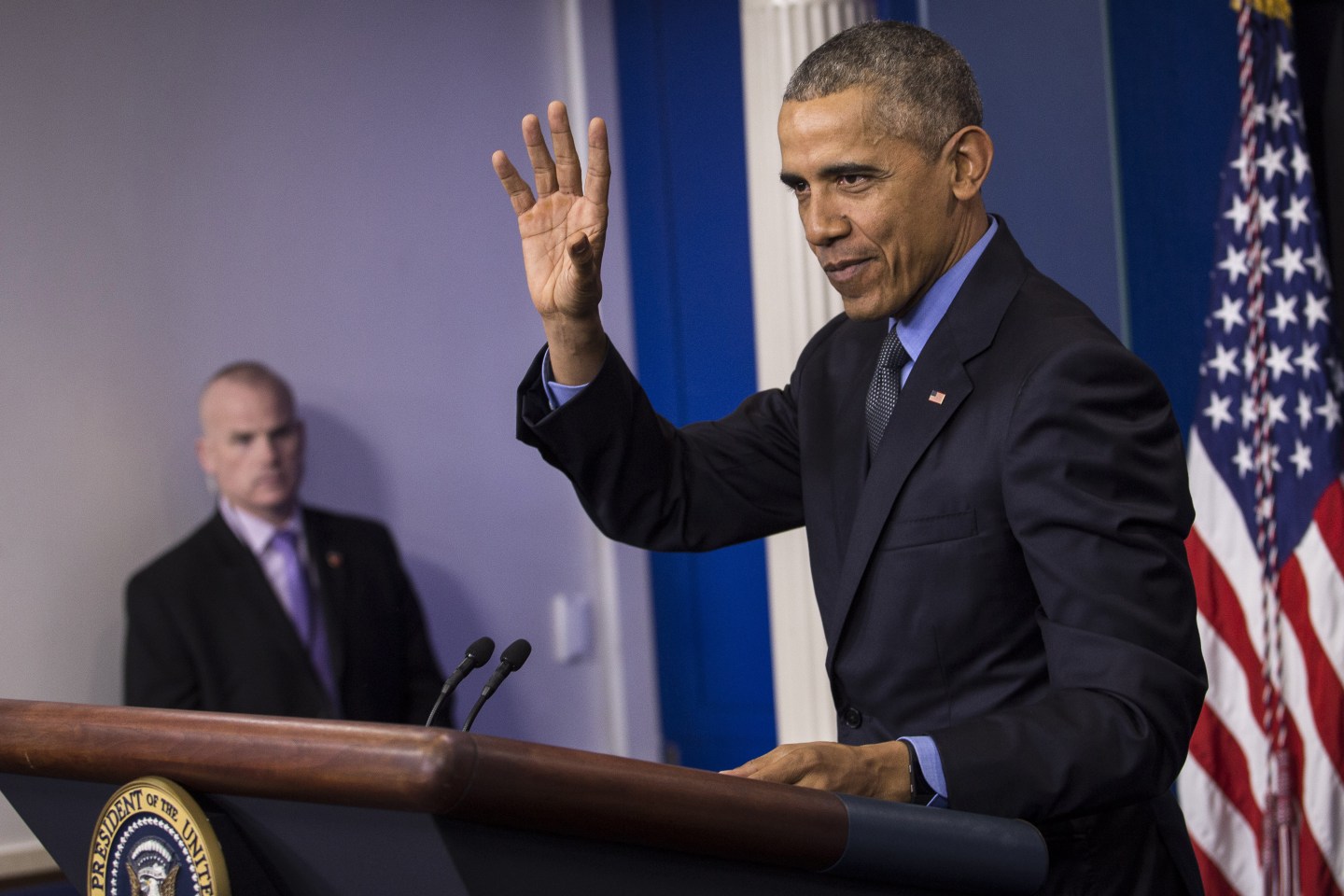 U.S. President Barack Obama waves at the end of a news conference in the Brady Press Briefing Room of the White House in Washington, D.C., U.S., on Friday, Dec. 18, 2015. Obama is trying to put Republicans on defense in the U.S. debate over gun rights with a call to ban people on the governments no-fly list from buying firearms. The trouble is his proposal may be unconstitutional. Photographer: Drew Angerer/Bloomberg via Getty Images
Photograph by Drew Angerer—Bloomberg via Getty Images

President Obama believes the 2016 election has brought out the nasty side of his colleagues across the aisle, saying in a new interview that Republicans are “unrecognizable” this election season.

He reiterated the “regret” he has about the growing partisan divide in the country, which he also spoke of in his State of the Union address. “The language, the spirit has become meaner than when I came in,” Obama said.

Yet, the President remains hopeful. In the upcoming primary contest, which kicks off next week in Iowa, Obama says he’s confident Americans will ultimately pick a candidate for the nomination who offers an optimistic view of the country’s future.

Though Obama didn’t outright endorse a candidate, he is clearly pulling for a Democrat and offered kind words for Hillary Clinton throughout the interview, which can be heard in full at Politico. He sought to draw a distinction between Clinton and her key rival Sen. Bernie Sanders of Vermont—and even between Sanders and himself, after reporter Glenn Thrush asked the Obama if Sanders reminded the President of his 2008 campaign—though Obama touted the “liberalism” of both candidates.

“There’s no doubt that Bernie has tapped into a running thread in Democratic politics that says, Why are we still constrained by the terms of the debate that were set by Ronald Reagan 30 years ago?” Obama said. “Why is it that we’re scared to challenge conventional wisdom?”

Obama added, “What Hillary presents is a recognition that translating values into governance and delivering the goods is ultimately the job of politics. Making a real life difference of people in their everyday lives.”

Obama says, however, the “relevant contrast” in this election isn’t between Sanders and Clinton; it’s between “Bernie and Hillary and Donald Trump, and Ted Cruz.”

“That gap is as wide as I’ve ever seen,” Obama said.