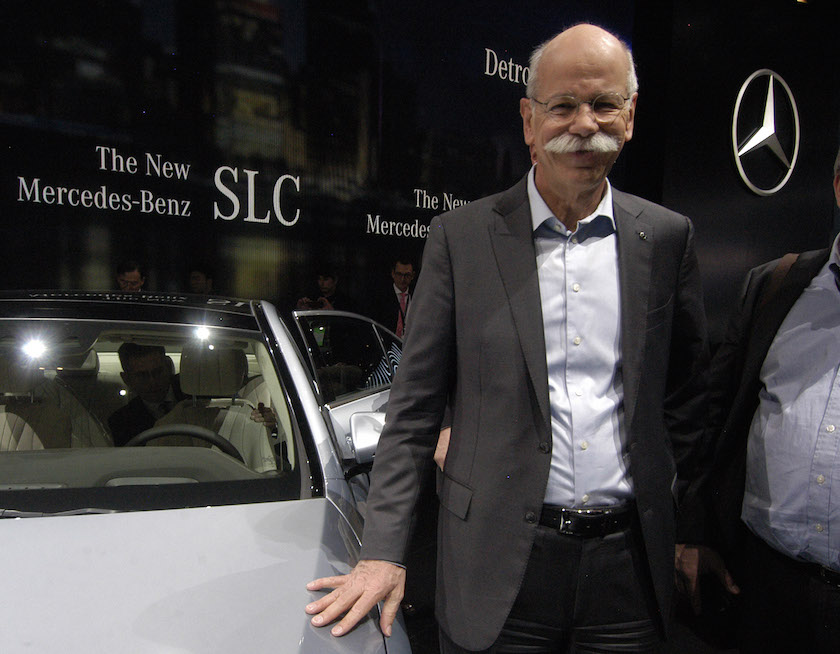 Several carmakers and silicon valley companies are working on developing a self-driving car. Google tested its own prototype vehicle in 2012, to which Daimler’s luxury brand Mercedes-Benz responded by developing an S-Class limousine which drove 103 kilometers without needing any driver input.

Rumors have swirled that rival Apple is also working on a car, although the company has never confirmed this.

“Our impression was that these companies can do more and know more than we had previously assumed. At the same time they have more respect for our achievements than we thought,” Zetsche told the paper.

Zetsche and a handful of senior managers met with around 70 companies in Silicon Valley, the paper said, without naming them.

“There were concrete talks. I will not say anything about the content. It was not just about the fact that there is an innovative spirit in the Valley. We know that already. We wanted to see what drives it, and all the things that can be created from it,” Zetsche told the paper, explaining that they had also looked at start-up firms.

Zetsche said he expects Mercedes-Benz to post significant growth in the U.S. this year. Overall he sees the market for passenger cars growing between 1% and 1.5% in 2016, Welt am Sonntag said.

“To my knowledge, no conspicuous emissions levels were found,” Zetsche told the paper.