A Customer Is Suing Papa John’s Over 16 Cents 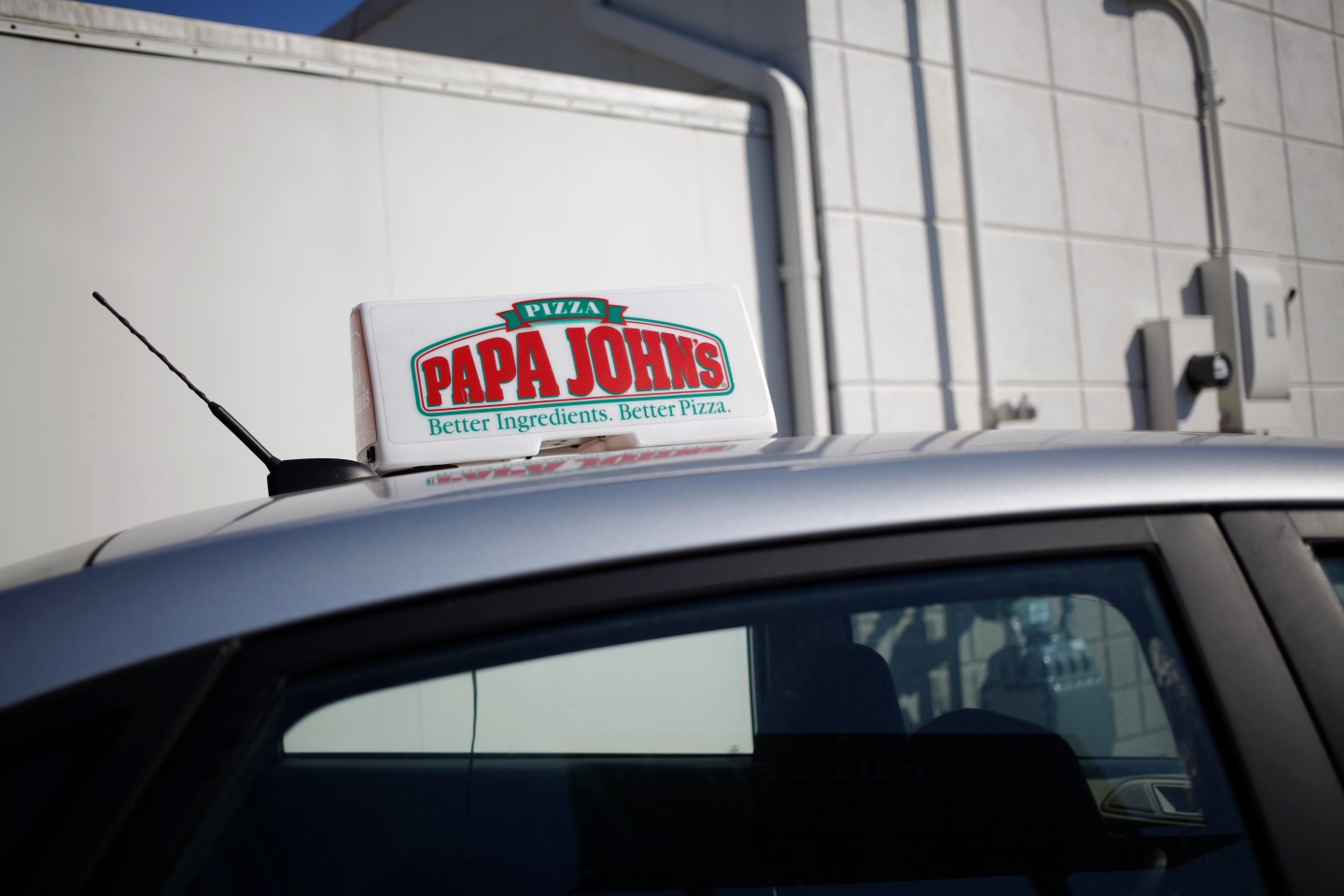 A Papa John's International Inc. sign sits attached to the roof of a delivery vehicle outside of a restaurant in Louisville, Kentucky, U.S., on Friday, May 1, 2015. Papa John's is expected release quarterly earnings results after the close of U.S. financial markets on May 5. Photographer: Luke Sharrett/Bloomberg via Getty Images
Photograph by Luke Sharrett — Bloomberg via Getty Images

The lawsuit was filed on Jan. 13 against Papa John’s International Inc. (PZZA) and Papa John’s USA Inc., Madison Record reports. Tucker says that the pizza chain collected taxes on a delivery fee in the amount of 6.85%, which amounted to an extra 16 cents on his bill.

Madison Record writes that the lawsuit is claiming “negligence, negligent misrepresentation, breach of contract/breach of duty of good faith and fair dealing, violation of the Illinois Consumer Fraud Act, and violation of the Uniform Deceptive Trade Practices Act.” Tucker is requesting that the court order Papa John’s to stop charging the sales tax on delivery fees, pay damages and restitutions for all who paid the illegal charge, as well as compensation for attorney fees and court costs.

Neither Papa John’s nor Tucker’s lawyers could immediately be reached for comment.