How the East Coast Is Coping After Historic Snow Storm 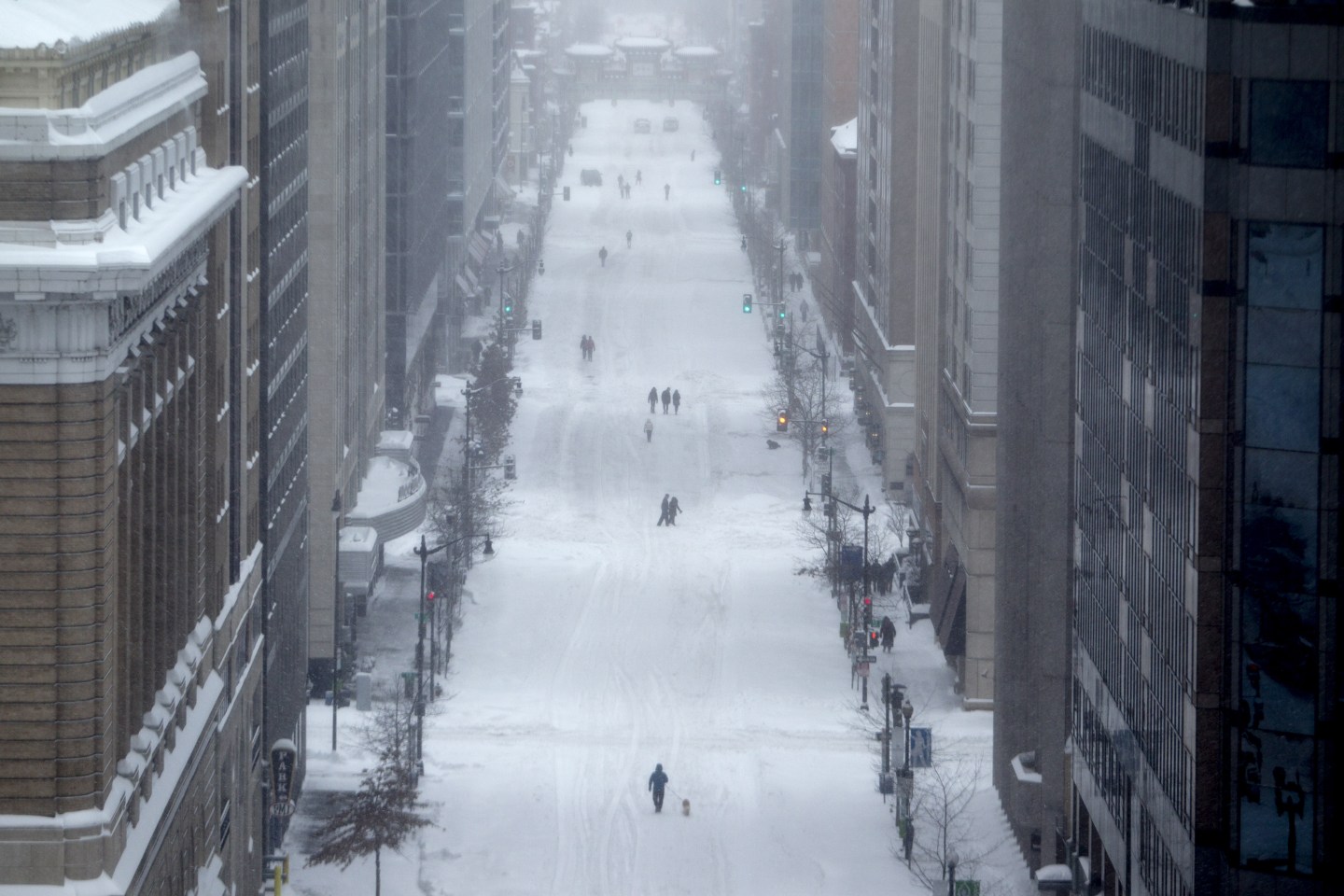 Pedestrians walk on a snow covered H St. in Washington, D.C., U.S., on Saturday, Jan. 23, 2016. A historic winter storm brought Washington and New York to a standstill and snow kept falling after accumulations of more than a foot. The blizzard also knocked out power to at least 215,000, grounded more than 8,800 flights, and has been blamed for 10 deaths. Photographer: Andrew Harrer/Bloomberg via Getty Images
Photograph by Andrew Harrer — Bloomberg via Getty Images

Winter Storm Jonas is over, and now the East Coast has to deal with the aftermath.

Washington, D.C., was at the center of the storm with some areas seeing more than 30 inches of snowfall, the Associated Press reports. Public transportation will remain out of service on Monday and, as was announced in a tweet by the mayor, public schools will be closed and D.C. government is still determining whether it will be able to open tomorrow. Reuters reports that the U.S. House of Representatives has cancelled votes on Tuesday and Wednesday as the nation’s capital recovers from the blizzard.

Tomorrow, @dcpublicschools will be closed. We will continue to assess our ability to open DC Government tomorrow. #StaySafeDC

On Sunday, New York City and Baltimore lifted their travel bans, which barred all cars from the roads except for emergency vehicles, though some restrictions still remain in Baltimore.

The storm also forced cancellation of about 12,000 flights over the course of four days, according to Bloomberg. FlightAware.com told Bloomberg that although flights are neither arriving nor departing from major airports in New York or D.C., limited service is expected to start on Sunday. It added that “airlines will not be operational until Tuesday at the earliest.”

New York’s LaGuardia Airport saw nearly 700 flights cancelled on Sunday, over 70% of what was originally scheduled. John F. Kennedy and Newark airports had about half of their flights cancelled as well. More than 630 flights have be cancelled for Monday, about a third of that just from the United Airlines’ hub at Dulles International Airport outside Washington.