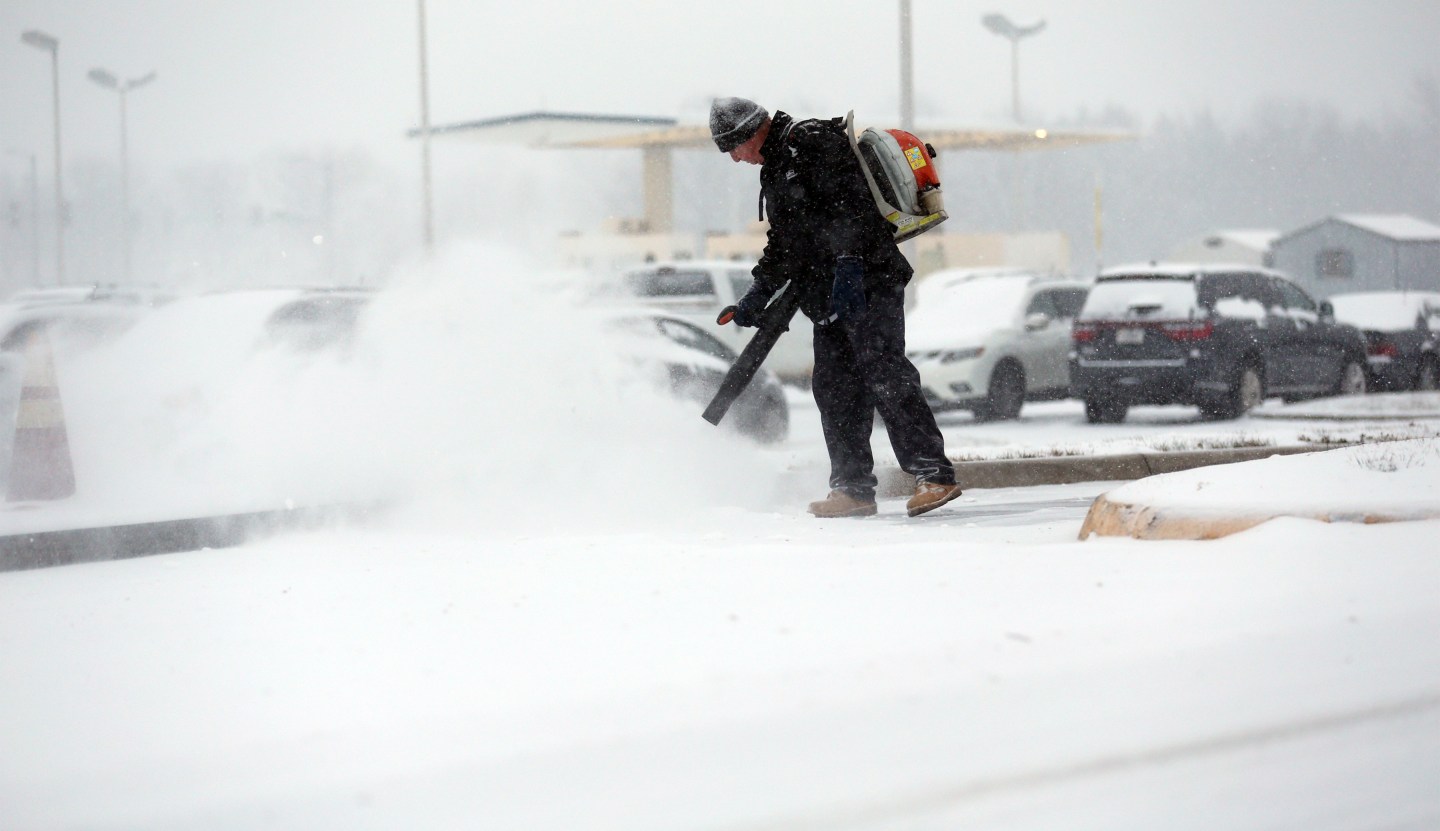 George Morris, with Standard Parking, works on clearing an entrance to airport parking as snow falls Friday morning, Jan. 22, 2016, in Roanoke, Va. Airlines have canceled more than 2,700 flights Friday to, from or within the U.S., as a blizzard swings up the East Coast, according to flight tracking service FlightAware. (Stephanie Klein-Davis/The Roanoke Times via AP)
Photograph by Stephanie Klein-Davis — AP

A massive blizzard that slammed the East Coast on Saturday brought more than two feet of snow to many areas, including Washington, D.C. and New York City, which saw its second-most recorded amount of snowfall.

Here’s a roundup of snow totals from the storm, according to the National Weather Service: