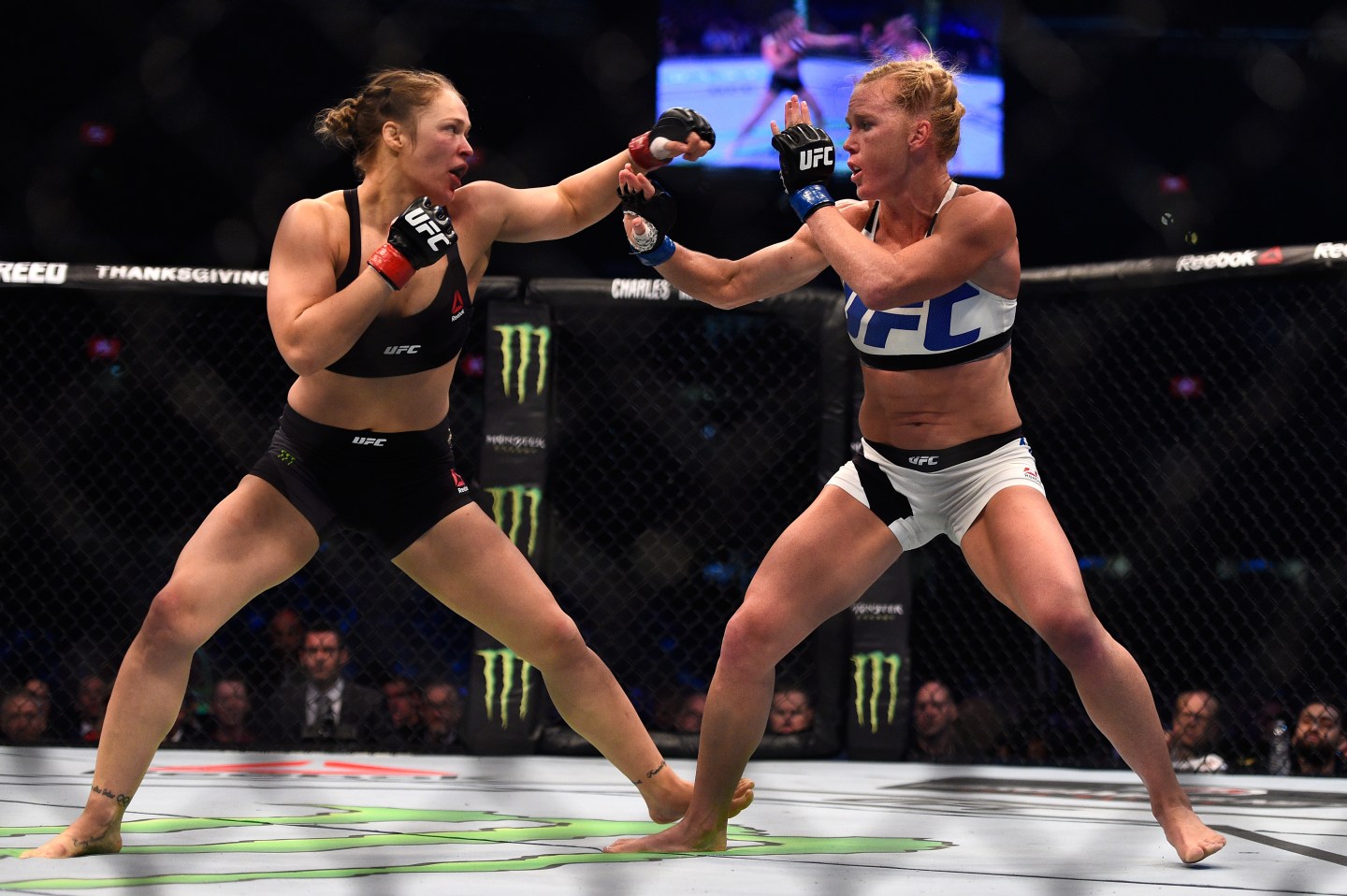 In one of her first public appearances since a stunning loss to Holly Holm in November, Ultimate Fighting Championship’s Ronda Rousey appeared on Saturday Night Live on Jan. 23—and congratulated her rival.

Rousey, who served as a host for the NBC comedy show, spoke about Holm in her opening monologue. “This is the first time I’m talking to my fans since I lost to Holly Holm in November, which, by the way, was a fight Holly deserved to win,” she said. “And I just wanted to take a minute to sincerely congratulate her….now that’s enough!”

During the fight, Holm knocked out Rousey for her first mixed martial arts, or MMA, loss. UFC is a promotion company for MMA and Rousey is one of the sport’s biggest stars.

She reportedly became just the third sportswoman to host Saturday Night Live after tennis player Chris Evert in 1989 and figure skater Nancy Kerrigan in 1994. Rousey was also the first female athlete to host the program in 22 years, according to Newsday.

Rousey’s appearance on Saturday Night Live comes just over a week after UFC’s president Dana White said Rousey would not have her rematch against Holm in July as originally planned, due to her schedule and burgeoning acting career. Rousey is filming a remake of Roadhouse, which reportedly had its filming dates pushed back.

In September, Rousey was named to Fortune’s 40 Under 40 franchise. In August, Fortune examined how much Rousey made in just 34 seconds when she knocked out Brazilian opponent Bethe Correia.