Why the Oil Price Crash Is Killing the NHL 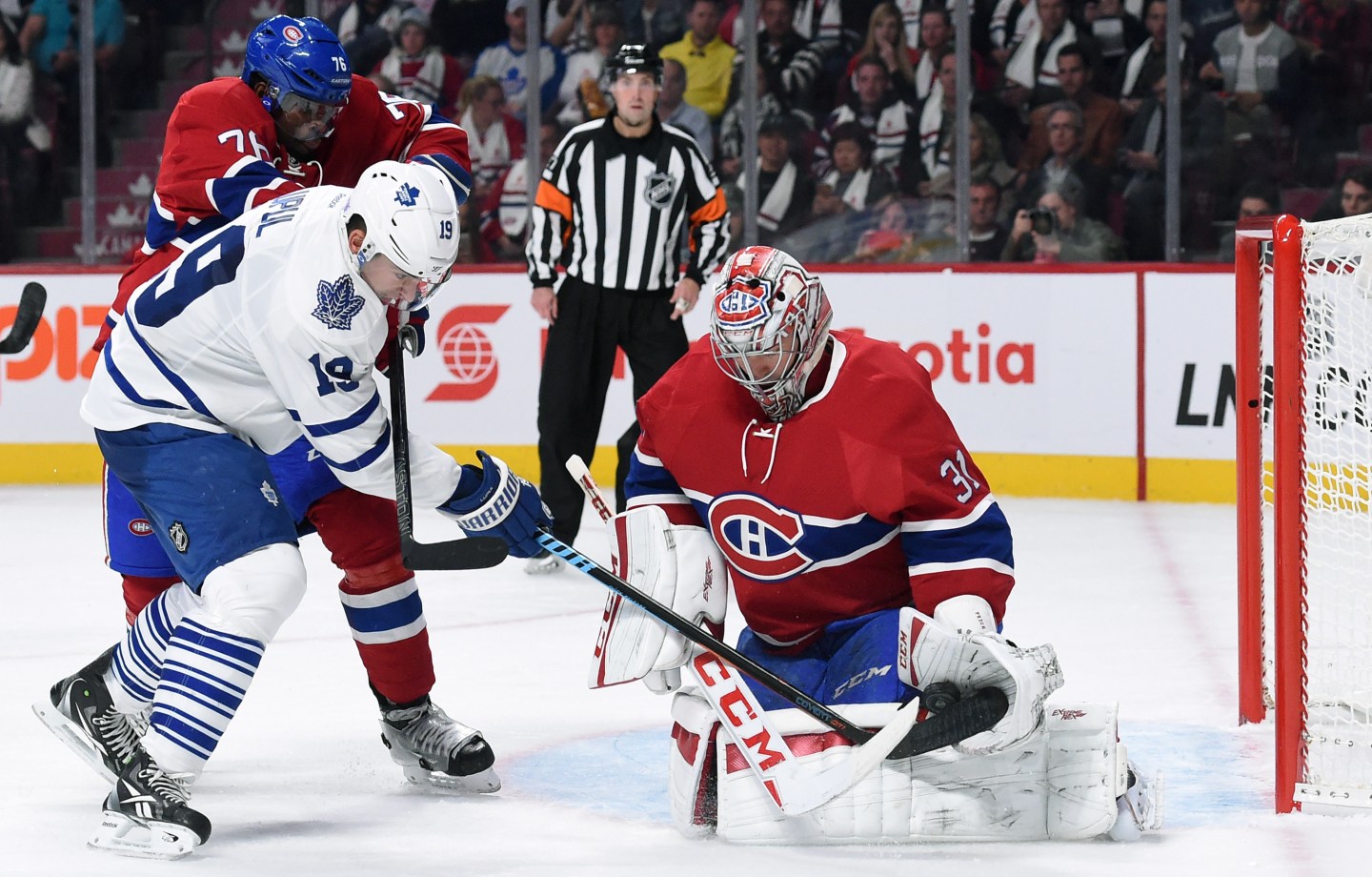 This piece originally appeared on oilprice.com.

With oil prices dipping below $30 and dire forecasts for the already-low Canadian dollar, the National Hockey League (NHL) is taking a hit that would normally lead to a mass exodus of players to Russia—if the ruble wasn’t tanking as well.

The NHL’s revenue depends on the Canadian dollar, which in turn is on the downward slide thanks to the plummeting oil prices. As NHL revenues decline, player salaries go down, and roster cuts go up.

From a profit standpoint, Canadian teams will be hardest hit, and the worst is yet to come if predictions are anything to go by.

The Canadian dollar, or the ‘loonie’, has already slipped below 70 cents on the U.S. dollar for the first time since 2003. And according to MacQuarie—which also had the presence of mind to forecast the dip in the Canadian dollar last fall—the currency is expected to drop to 59 cents on the US dollar by the end of 2016.

Yesterday, the Bank of Canada revealed its interest rate decision. While it was expected to cut rates to 0.25 percent, and possibly to 0 percent later this year, it kept them at 0.5 percent. This marked a bit of a vote of confidence in the loonie, which responded up half a cent to 68.89 cents on the U.S. dollar. But within an hour, it was back down to 68.63, finishing the day at 69.03.

Oil is at the heart of this problem, as a large part of Canada’s U.S. dollar income comes from energy industry exports, mostly crude oil. Almost always, when oil falls, the Canadian position against the dollar does the same. The growth of oil sands had previously put the loonie in a good position, but those massive oil sands projects are struggling to stay alive right now—at best.

What does it have to do with hockey? Well, everything.

The NHL is comprised of 30 teams, with players from 20 different countries. Some 50 percent of these players are Canadian. Seven of the 30 NHL teams are in Canada, while 23 are in the U.S.

Canadian teams take in Canadian dollars through ticket sales, but they pay out thebulk of their expenses—salaries and tons of travel—in U.S. dollars.

While the NHL is headquartered in New York City, it originated in Quebec, and the ‘national’ part of this acronym is Canadian in more ways than one.

The players are paid in U.S. dollars now, but the NHL Canadian franchises receive most of their income in local currency. With a dipping Canadian dollar, this means the teams take a huge hit when they have to pay salaries in U.S. dollars, along with all the travel expenses.

Since 2005, the NHL has capped player salaries based on the league’s revenue. If league revenue takes a hit—and if Macquarie’s predictions come true for this year—the NHL could be looking at a significant salary cut.

The cap was initially set because the league failed to reach a salary bargaining agreement with the players, which led to the cancellation of the entire 2004-2005 season.

It is important to note that not all NHL teams spend at their limit, so some teams and players will be affected more than others.

Should predictions ring true, history offers us a sneak preview of what may be to come for the NHL.

In the 2004-2005 lockout—when we didn’t have NHL hockey for an entire year—there was a mass exodus of players to Europe. Some 400 players—more than half of the league total—hopped transatlantic flights with their sticks to play for European leagues. A 2012 lockout, though shorter, also saw players pack up and leave.

This time around, with the Canadian dollar at its lowest point since 2003 thanks to the oil price crunch, the teams may even be happy to see them go.

During the 2012 lockout, some 30 NHL players moved to Russia to play for the Kontinental Hockey League (KHL). Russia could be a key hockey beneficiary again, should the NHL lower the salary cap.

Or maybe not. Players might not find things much better. The Russian ruble is tanking as well, along with the price of oil and sanctions. Owners say they are broke. Players say they aren’t being paid.

It’s crisis everywhere for hockey, which is as dependent on oil as it is on sticks and pucks.