Beers to Drink When You’re Snowed In 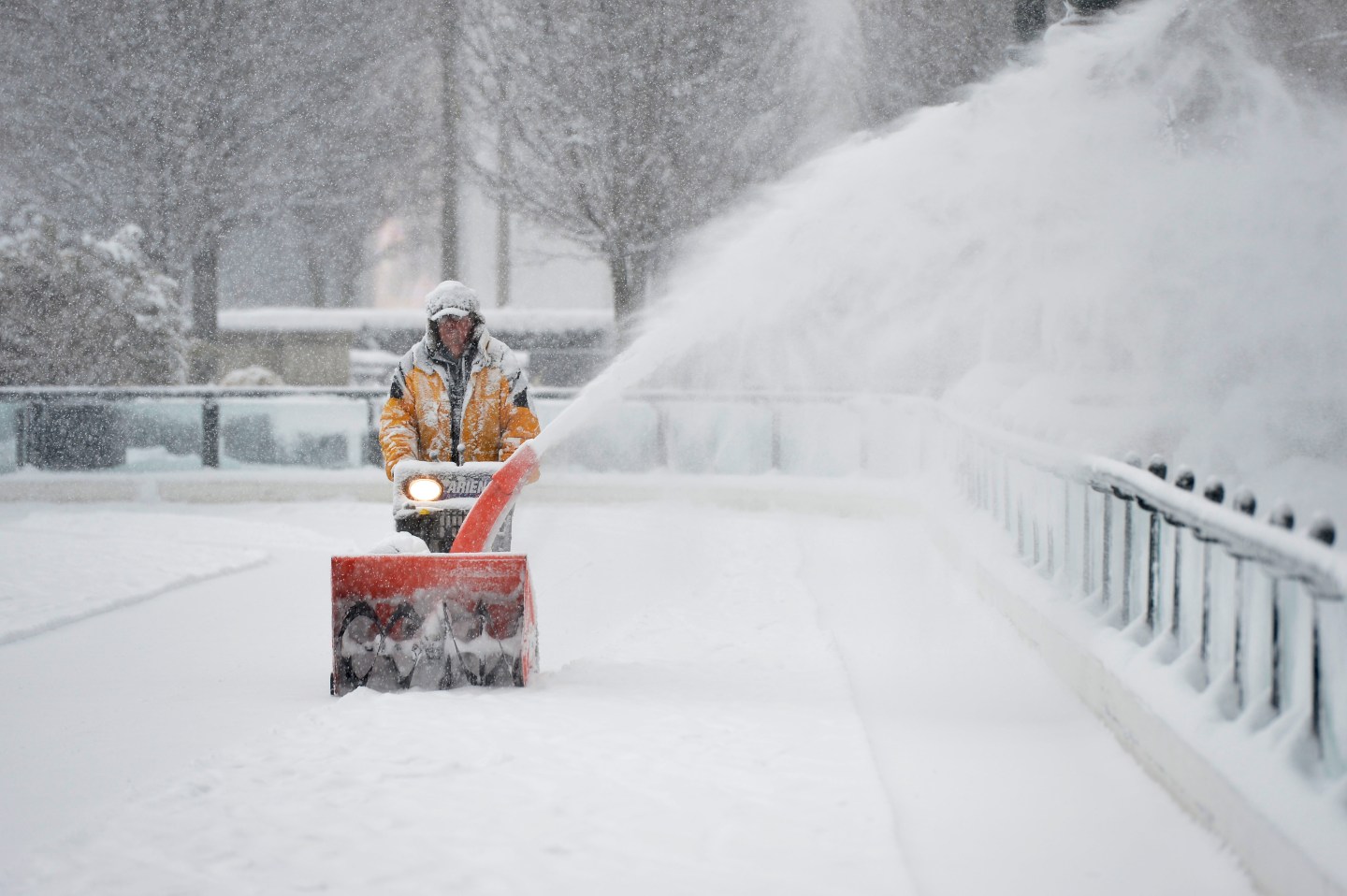 Meteorologists were right: winter storm Jonas has made this a shut-in weekend for millions of people on the east coast. And while bread, egg and milk supplies at local grocery stores were likely decimated several days ago, the smart folks braving the blizzard made a run on their local package store as well.

(In Washington, DC, in fact, beer distributors had a hard time keeping up with demand.)

Winter seasonal beers have been on store shelves for a few months now, but much of the country has been having unseasonably mild weather. But as the artic express finally begins to impact the country, now could be the perfect time to test this year’s batch if you haven’t already.

Often referred to as Winter Warmers, winter beers tend to big and malty, and are often filled with spices. Just as summer seasonals tend to be lighter (such as wheat or fruit beers), winter beers lean more to the stout, porter and brown ale category. They’re often loaded with everything from raisins, plums and molasses to maple cloves, cinnamon and allspice.

They’re a great companion to hearty meals (and, face it, when it’s freezing outside, the last thing you want to eat is a salad). But they’re also a wonderful beer to sip by a roaring fire.

If you’re among the snowbound this weekend and happen to have any of these in your beer fridge, this could be the ideal time to pull them out.

Here are a few of our favorites:

Deschutes Abyss – It’s a hard one to get hold of, but if you managed to get it before the storm and were thinking of cellaring it, this is a good excuse to dig into the stockpiles. The imperial stout pours a deep black and is a rock solid beer from start to finish. You’ll get hit with chocolate and malt from the get-go, along with a lot of coffee. But it contrasts those nicely with some plum and licorice. It’s an incredibly nuanced offering that you can take the time to fully explore as the snow falls. (ABV: 12.2%)

21st Amendment Fireside Chat – Loaded with spices, including cinnamon and ginger, this is a winter beer that’s not too heavy, but goes down remarkably smooth. Malt is the defining characteristic, but there’s enough complexity to it to satisfy most people. (ABV: 7.9%)

Coney Island Brewing The Plunge – This is a winter beer that’s suited for people who don’t like stouts or porters. A mix of witbier and Belgian quad at its heart, it has hints of ginger and lemon and goes down nicely with more carbonation than many other winter beers. (ABV: 6.9%)

Samuel Adams Winter Lager – For years, this has been a go-to winter beer for me. Loaded with spices like nutmeg and cinnamon, it’s all built upon the solid Sam Adams Lager you know. There are hints of raisins and plums as well, all mixed with a good caramel taste. Is it the most complex winter beer on the market? Nope. But that doesn’t make it any less tasty. (ABV: 5.6%)

Funky Buddha Last Snow – You might not expect a Florida brewer to know winter ales, but this porter delivers. It’s loaded with coconut and is incredibly smooth. It is not, however, a heavy beer – which could work against it if it’s especially frigid where you are. (ABV: 6.5%)

Allagash Black – Bourbon barrel stouts are especially good if you’re watching the storm as you sit by the fire. Allagash’s entry doesn’t overwhelm you with an alcohol burn but nicely imparts the flavors of the spirit. It could stand to be thicker, but that’s a mild quibble. (ABV: 7.5%)

Einstok Icelandic Toasted Porter – When a beer comes from Iceland, you expect it to be able to be able to stand up to a snowstorm. This is a very solid porter that has a nice roasted note, but isn’t overwhelmed (as some porters are) by the taste of chocolate or coffee. (ABV: 6%)