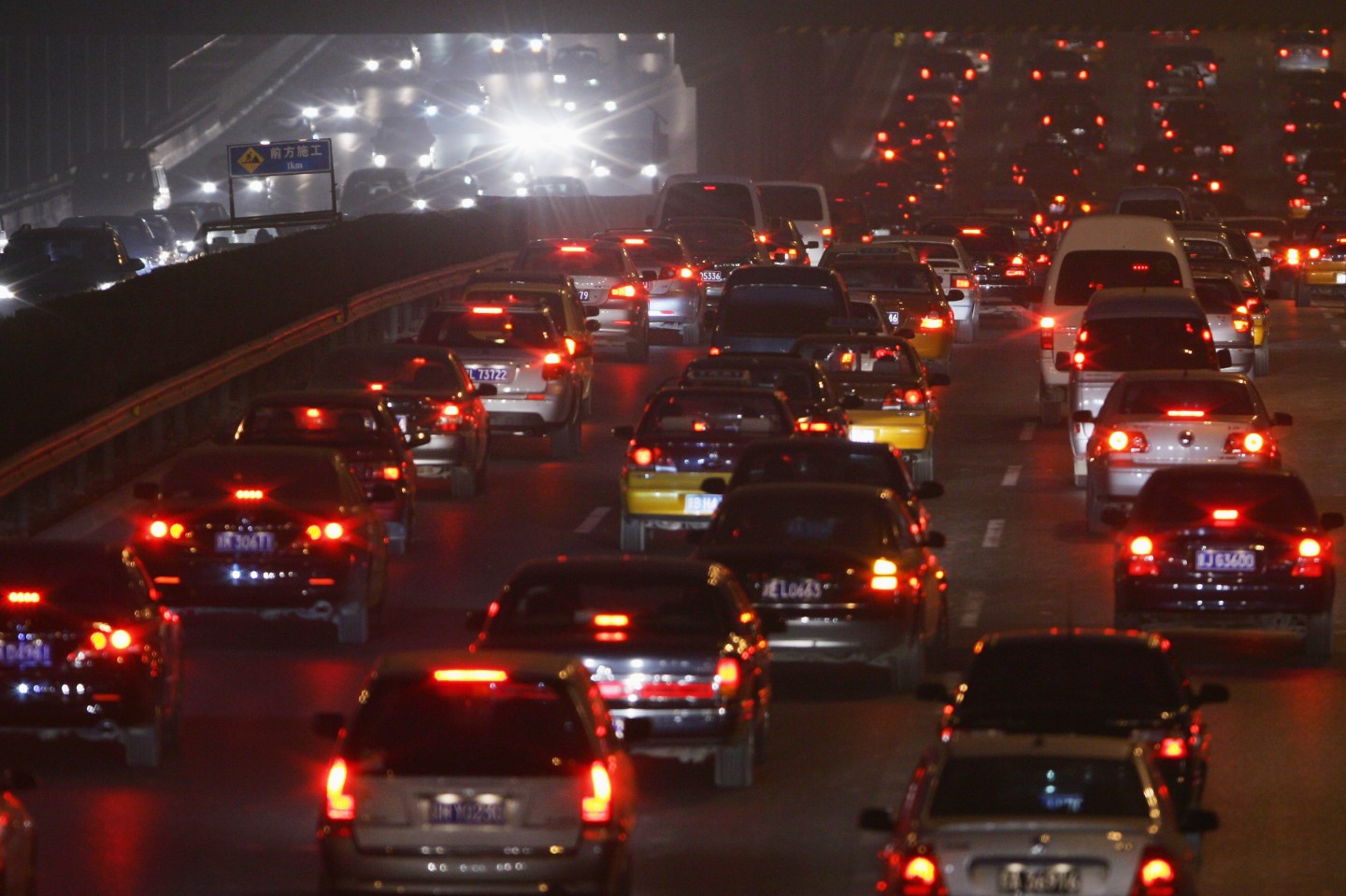 BEIJING - NOVEMBER 05: Traffic passes the highway beside the Beijing Olympic National stadium on November 5, 2007 in Beijing, China. The 2008 Olympics host city will introduce tougher car emission standards at the beginning of next year to combat air pollution. The new standards are expected to reduce the sulphur dioxide emissions by 1,840 tonnes every year, according to the Beijing environment protection bureau. (Photo by Feng Li/Getty Images)
Photograph by Feng Li — Getty Images

Philips (PHG) has abandoned its plans to sell an 80% stake in its LED business LumiLEDs to a Chinese-led group of investors due to the objections of U.S. regulators.

The Dutch company, which is trying to get out of the relatively low-margin lighting business to concentrate on its more profitable health and consumer products businesses, said in a statement Friday that “despite the extensive efforts of Philips and GO Scale Capital to mitigate the concerns of the Committee on Foreign Investment in the United States (CFIUS), regulatory clearance has not been granted for this particular transaction.”

Why the CFIUS has done so is a mystery. An inter-agency body under the auspices of the Treasury department, it’s traditionally sensitive about control of high-tech companies in the U.S. passing into Chinese hands, but it has never explained why a business that makes relatively straightforward LED panels and lights for the auto sector should be protected in this way.

A Philips spokesman told Fortune Friday that LumiLEDs doesn’t make any defense-related products, and said the CFIUS had told the company that it couldn’t have been aware of the reason for its objections. He declined to comment on industry speculation that it may have developed infrared or sensory technologies that could be used in advanced security applications.

It’s an embarrassing end to a high-risk strategy by the Dutch blue chip to wring the maximum value out of its unwanted lighting business. LumiLEDs, whose biggest customer is Philips’ own lighting division, would normally account for around a quarter of the value of the combined lighting business, according to analysts. But management had carved it into a separate deal because it believed it would get a higher price that way. Go Scale had been top bidder, offering $2.9 billion.

“They’ve already incurred €500 million in separation costs and they now have to find a new bidder,”, says Hans Slob, an analyst with Rabobank in Utrecht in the Netherlands (although he notes that that sum includes charges not related specifically to LumiLEDs). He reckons that the value of the 80% stake in LumiLEDs stake may have fallen by as much as $1 billion since the deal was first agreed, and the Treasury’s action can only depress the sale price by narrowing the field of potential bidders. The Philips spokesman said the company still intends to sell LumiLEDs and the rest of the lighting business separately.

Philips’ shares were up 0.2% in early trade Friday, lagging a broader market rebound sparked by encouraging comments about the outlook for oil prices from Saudi Arabian officials.

CORRECTION: This article has been updated to reflect more precisely the nature of restructuring costs incurred by Philips.