Here’s Why Oil Prices Are Shooting Back Up 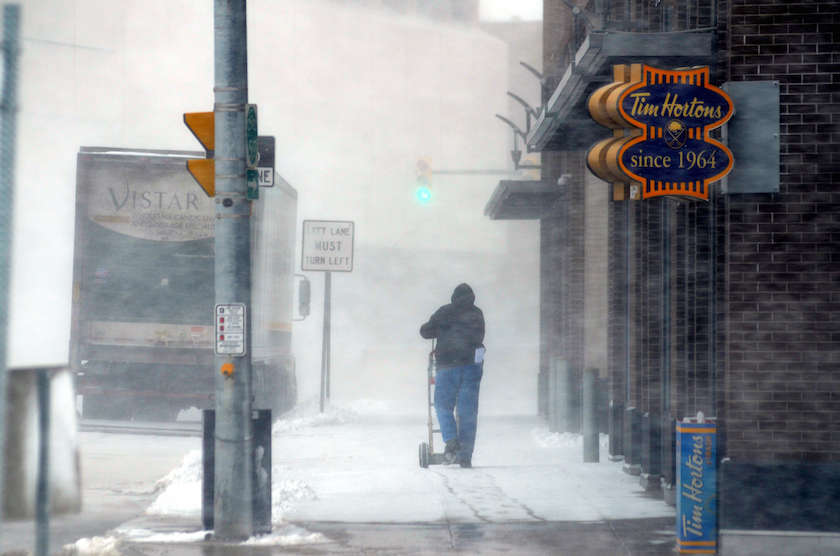 BUFFALO, NEW YORK - JANUARY 12, 2016: A man battles wind and snow while making deliveries in Buffalo, New York January 12, 2016. The Buffalo and Western New York area is bracing for the first major lake effect snowstorm of the season after above average temperatures have left the lake free of ice and the Buffalo area vulnerable to heavy snow and winds. (Photo by John Normile/Getty Images)
Photograph by John Normile — Getty Images

Oil soared nearly 8% on Friday as a cold snap boosted demand for heating oil and investors took advantage of the lowest prices since 2003 to close out some of their more profitable bets on price declines.

Short covering, the practice of buying back an asset sold previously at a higher price, has been enough of a catalyst to lift oil prices by 12% in just two days.

But it has stopped the oil price heading towards a near-17% drop in January, the largest slide in the first month of the year in at least a quarter of a century.

The world is still producing some 2 million barrels of oil a day more than it uses, and one of the warmest winters on record has destroyed typically heavy demand, leading to inventories of unwanted oil and oil products ballooning.

Money managers have racked up record-breaking bets against oil over the past few months. The price slide to its lowest since late 2003 this week provided a chance for them to book a profit on some of those positions, analysts said.

“Given the volatility we’ve seen in the oil price, even intraday, swings of 3 to 4%, if you are going to see a rebound, this is the kind of rebound you’d expect,” CMC Markets analyst Jasper Lawler said.

“A lot of the momentum in the oil market at the moment is not so fundamentally orientated by supply and demand. Supply and demand are part of the reason (investors) cover, but it’s largely technical. The dynamics of the market remain.”

But few in the market believe oil will be able to extend its gains much further, given the overwhelming bearishness of investors and the fact that oversupply looks set to persist.

“There is no fundamental justification whatsoever to think that the current downtrend is changing,” said PVM Oil Associates analyst Tamas Varga.

The IEA warned that the oil market risked “drowning in oversupply.”

Freezing weather conditions and snowstorms have gripped the U.S. East Coast and parts of continental Europe, but in the longer run this may not be quite the boon oil bulls were hoping for.