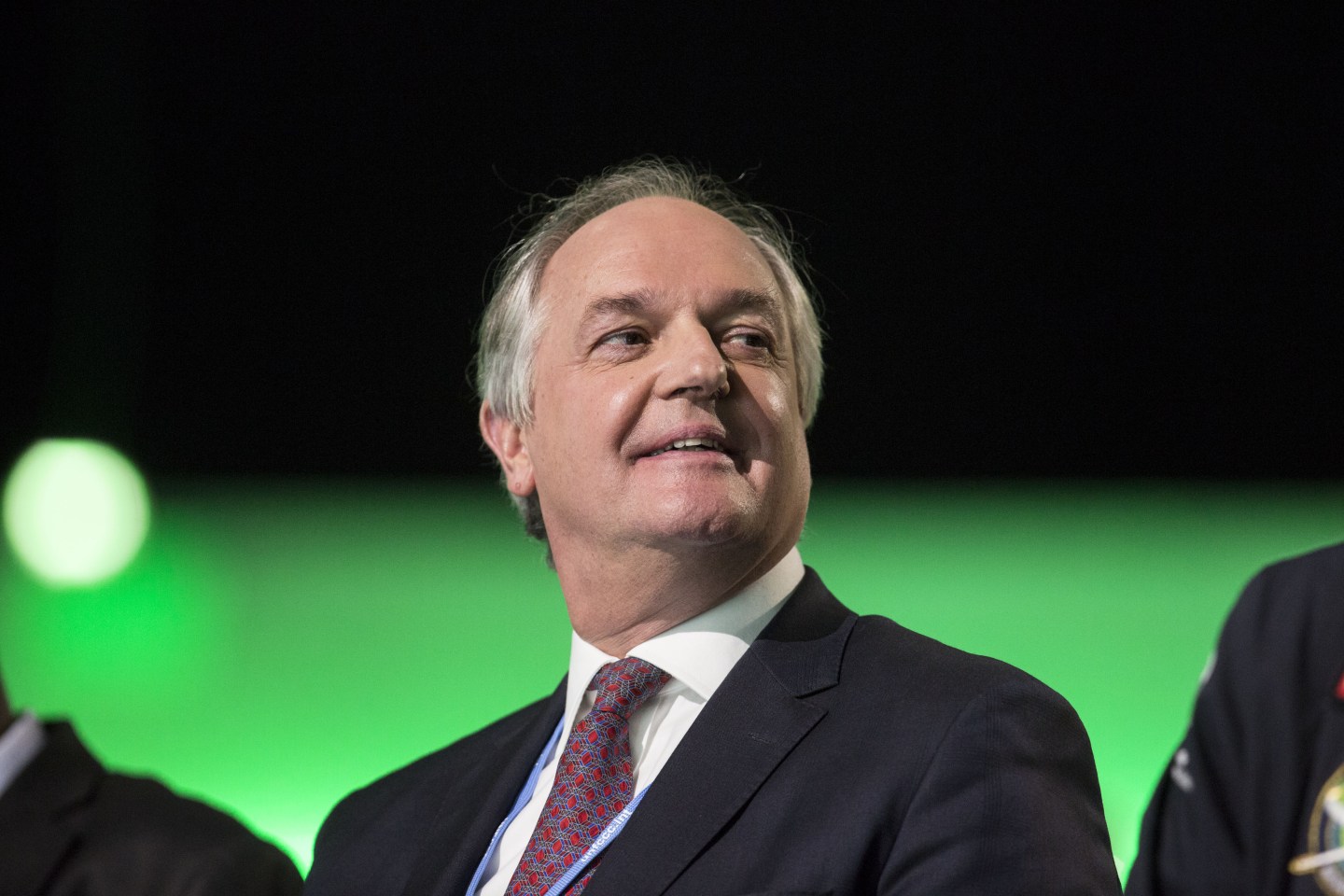 Gender equality is men’s problem, too.

That’s the point driven home by the United Nations HeForShe Corporate Parity Report, released Friday at the World Economic Forum’s annual gathering in Davos, Switzerland. The report looks at the state of gender equality within ten major, male-led companies—including Twitter, Barclays, and Unilever—and challenges them to achieve a lofty goal: Full parity by 2020.

The findings reveal that there’s still a long way to go. While five of the ten companies have already hit gender parity in their overall workforces, not a single one has achieved that balance on their senior leadership teams.

The HeForShe campaign, which is a global initiative to engage men and boys in the fight for gender equality, is partnering with a male executive from each of the ten companies to serve as a public “champion” for the movement.

“These are significant companies with global footprints,” says Phumzile Mlambo-Ngcuka, under-secretary general of the UN and executive director of UN Women. By going public with their commitment to gender parity at Davos—a gathering of some of the most powerful business leaders in the world—the executives hope to convince more of their peers to join in, she says.

Half of the 10 execs already have parity—defined by the UN as between 40% and 60% of each gender— in their overall workforce. Tupperware (TUP) is leading the charge with 59% female workers, but AccorHotels, Barclays (BCS), McKinsey, PwC also have at least 40% female workers.

However, none of the 10 have achieved equality in senior leadership (defined as the top 6% of a company). The closest is Tupperware, with women holding 33% of top roles. Looking at the company boards, the picture isn’t much better: Only AccorHotels and Tupperware have reached parity, with women holding 42% and 40% of board seats respectively.

“It’s sort of what we expect,” says Mlambo-Ngcuka. “What was refreshing is that the CEOs were not defensive. There is willingness to close the gap and an openness to work with other CEOs to solve this problem.” The most promising of the statistics, she noted, was the representation of women in new hires: On average, women made up 39.9% of new hires.

Mlambo-Ngcuka praised the 10 participants for their commitment to transparency, as it’s easy to create an “illusion of progress,” when the same women are in the spotlight over and over. What really matters is the numbers, she says. Each of the companies shared statistics about the gender breakdown of their overall employee population, their senior leadership team, their board, and their new hires.

This initiative is part of UN Women’s larger goal of achieving full gender parity and economic participation by 2030. To put that in perspective, consider the UN’s projection for reaching equality at the current pace of change: 2096.

“The danger of [gender equality] taking 81 years is real, says Mlambo-Ngcuka, though she is optimistic that it can happen sooner. “We can achieve gender parity by 2030, but it’s not something women can do alone.”

Editor’s Note: This story has been updated to reflect the death of Mustafa Koc, chair of Koc Holding.