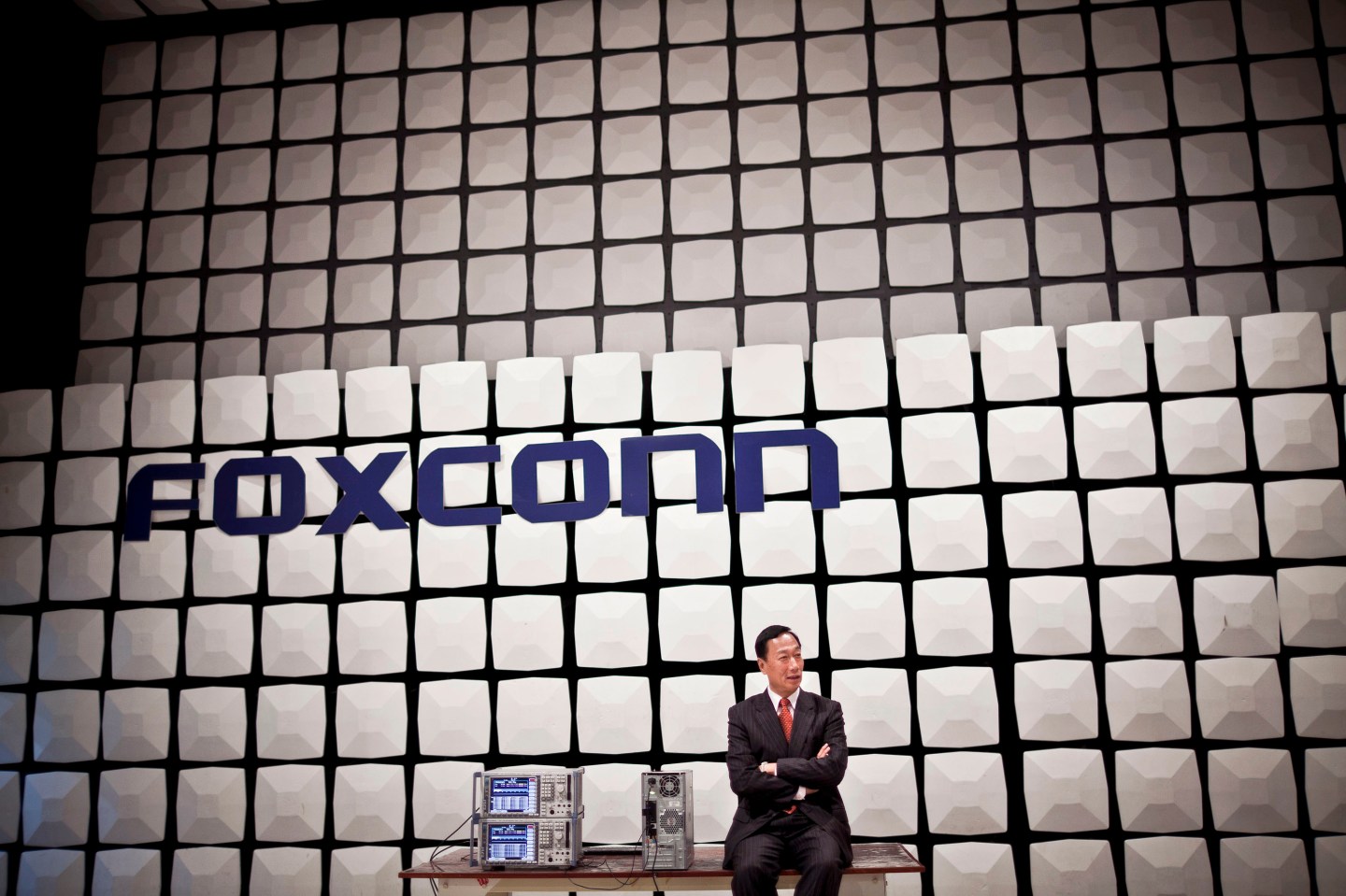 Foxconn, the Taiwanese manufacturer best known for making Apple’s i-devices, has offered just north of $5 billion for a takeover of Japan’s Sharp, according to multiple reports.

Sharp happens to be one the biggest makers of screens for mobile devices (including Apple’s iPads), but it’s severely struggling and is currently considering an offer of around ¥300 billion ($2.6 billion) from the state-backed Innovation Network Corporation of Japan (INCJ) fund.

Bloomberg has Foxconn’s bid at around ¥600 billion ($5.1 billion) and the Wall Street Journal at about ¥625 billion ($5.3 billion). Crucially, this would also see Foxconn take on Sharp’s considerable debt of more than ¥500 billion, which may give it the edge over the more politically palatable INCJ offer.

Another thing that would help is Foxconn’s reported willingness to leave Sharp’s senior management in place. Foxconn has gone for Sharp before, trying to buy a 9.88 percent stake back in 2012, but management control proved a sticking point (as did Sharp’s poor financial performance at the time).

If Foxconn succeeds this time round, it would be able to offer customers such as Apple and Xiaomi a key component that they currently need to source elsewhere, often from rivals such as LG and Samsung, but also from Japan Display (in which INCJ holds a controlling stake) and of course Sharp itself.

The takeover would be yet another step in the rapid ascendancy of Foxconn, a company that was pretty obscure until not that long ago — if people knew about it at all, it was because of staff suicides in China.

These days Foxconn still makes devices for others, but it also makes its own low-cost phones (under the InFocus brand) and has even been getting into the mobile carrier business, buying Taiwanese 4G spectrum licenses and a stake in local operator Asia Pacific Telecom a couple years back.