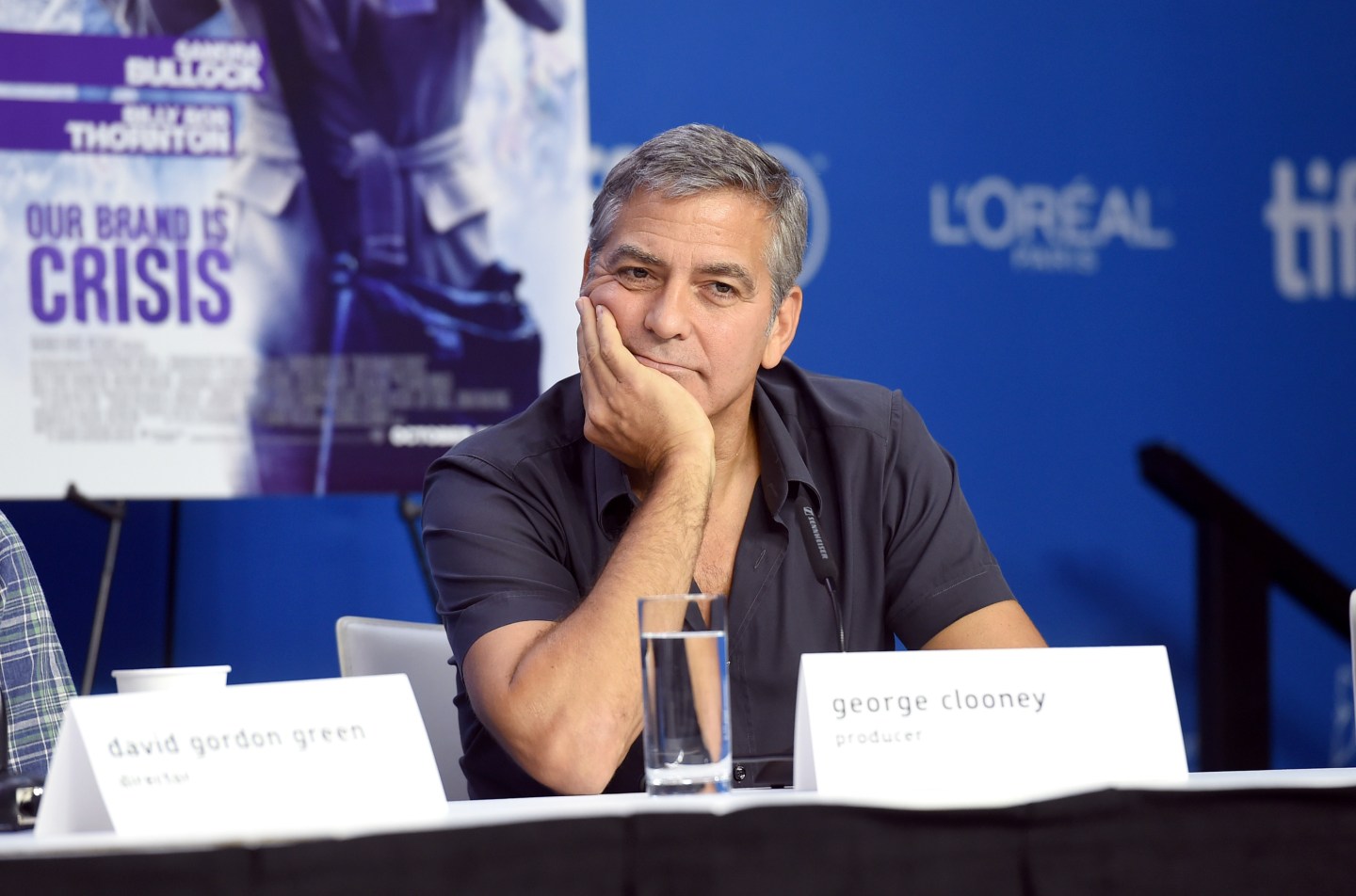 speaks onstage during the "Our Brand Is Crisis" press conference at the 2015 Toronto International Film Festival at TIFF Bell Lightbox on September 12, 2015 in Toronto, Canada.
Photograph by Jason Merritt — Getty Images

Nespresso is suing an Israeli competitor for hiring an actor that looks uncannily like George Clooney.

Clooney has been the face of Nespresso since 2006, and the company has taken legal action against Espresso Club to “prevent customers from being misled,” according to the Associated Press. It’s demanding that Espresso Club pay $50,000 in damages and stop airing the commercial.

As he walks out, a voiceover says, “There’s nothing like a new espresso machine,” as the man makes eye contact with a beautiful stranger in a similar fashion to Clooney in his Nespresso ads. An Average Joe interrupts his moment to tell him, “Stop talking to yourself, they’re towing your car.” Confused, the Clooney lookalike declares, “But wait — I left the car with the valet!” Alas, there is no valet, and he watches as his car is driven away on the back of a tow truck. The plaid-clad man then tells him that wouldn’t have happened if he had an Espresso Club machine at home.

It ends with its own tagline which roughly translates to “simply to drink coffee.”