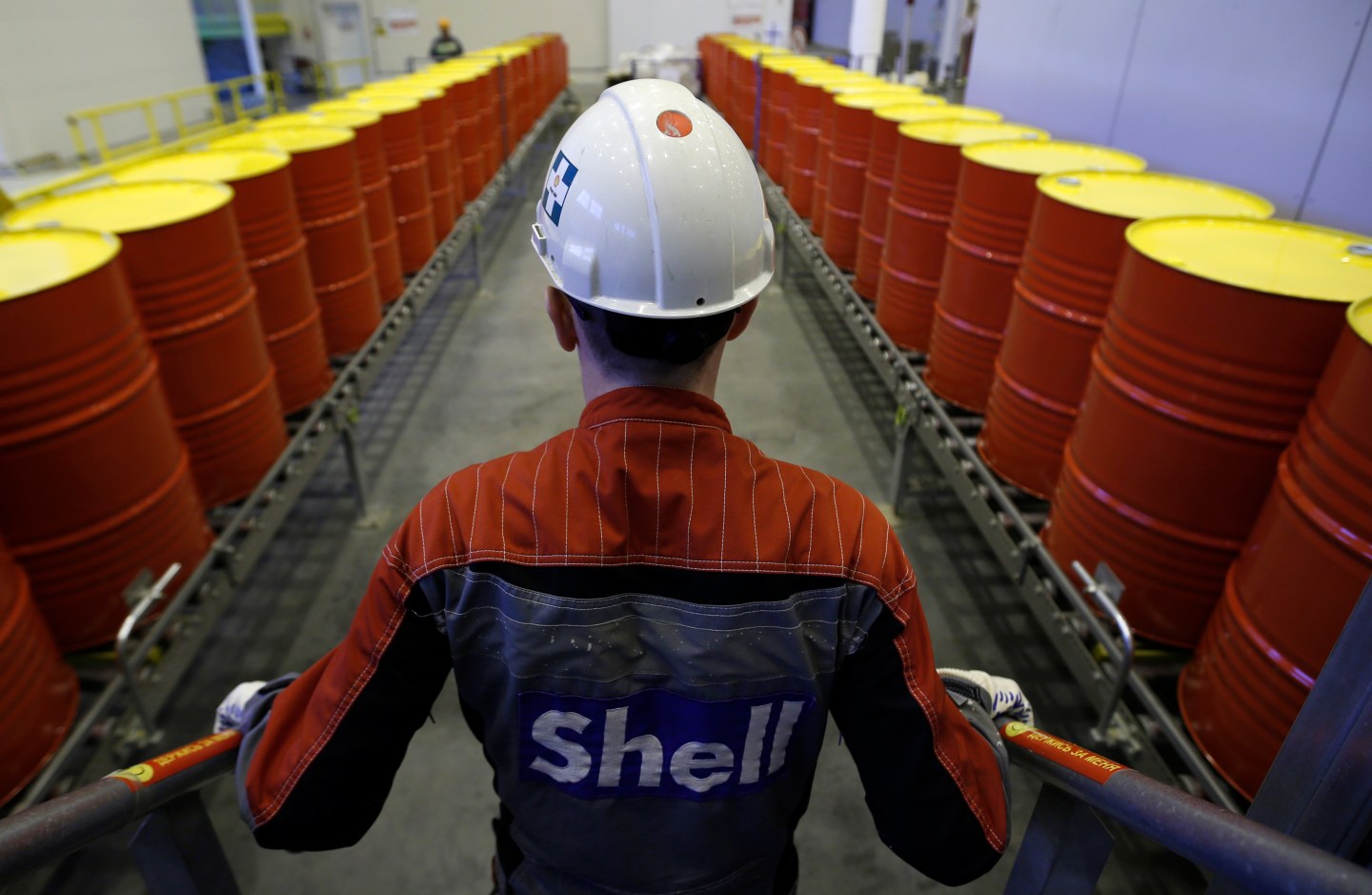 U.S. crude futures dipped below $28.50, while the international benchmark Brent fell as far as $27.79 a barrel after reports that Iran had offered sharp discounts to customers in Europe and Asia to find buyers for millions of barrels of oil in storage that it is now free to sell, after the lifting of most international sanctions on it at the weekend.

Although much of the recent drop in oil prices has been due to the prospect of higher exports from Iran in the coming months (the International Energy Agency forecasts an extra 300,000 barrels a day by the end of March), the dumping of stored oil is essentially a short-term factor, and its influence on crude prices should logically pass quite quickly.

The trouble is, it comes on the back of the weakest Chinese growth figures in a quarter-century, and the International Monetary Fund’s third downward revision of the global growth outlook in the space of 12 months. Virtually every stock market in the world is being affected. The Euro Stoxx 50 was down 3.3% by mid-morning in Europe, while the U.K.’s FTSE 100 was down 2.8%.

In Japan, stocks have now entered bear market territory, as the benchmark Nikkei 225 fell 3.7% to be down over 20% from its high last June. In Russia, the RTS index was down 3.7% by lunchtime in Moscow, close to a seven-year low, as the ruble hit a new low against the dollar. The dollar now buys 80 rubles for the first time since the Russian currency was reformed after the 1998 crash. Other commodity currencies such as the Australian and New Zealand dollars also lost heavily against the greenback.

Commodity stocks were once again among the biggest losers. Royal Dutch Shell fell over 5% after it said that fourth-quarter profits would fall by 40% from a year earlier, and that it expected to cut another 10,000 jobs together with BG Group, which it is acquiring. Elsewhere, shares in BHP Billiton Plc (BHP), one of the world’s biggest mining groups, hit a new 10-year low after it said it would take another charge of $450 million and hinted that it may cut its dividend to defend its balance sheet.

Even non-commodity currencies were suffering. The British pound hit a new seven-year low against the dollar after Bank of England Governor Mark Carney on Tuesday ruled out an interest rate rise any time soon. The U.K. had been expected to follow close behind the Federal Reserve in raising interest rates for the first time in nearly a decade, but with lower commodity prices and weak wage growth still keeping a lid on inflation, economists now think that the U.K. may not raise rates till 2017–even though new data out Wednesday showed the employment rate hit a 45-year high of 74% in the three months to November. Barclays analysts cut their forecast for U.K. growth this year to 1.9% due to uncertainty over the upcoming referendum on leaving the European Union.