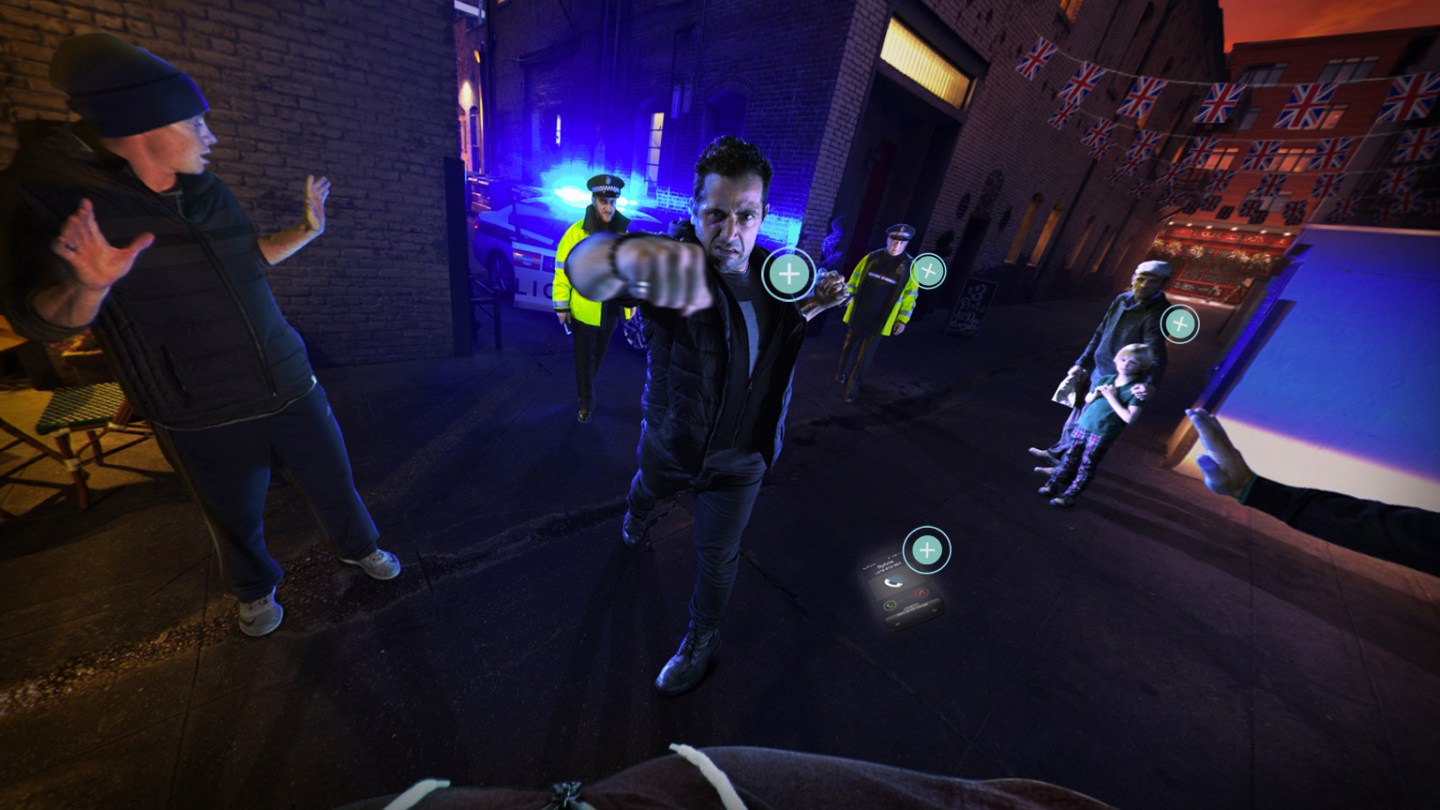 The interactive installation, which is on display next to the English Church of St. Luke, uses Samsung (SSNLF) Gear VRs for the virtual reality experiences. Video versions will be made available to anyone on YouTube 360. A global tour is planned after the Davos debut, including a stop in London before traveling to U.S. cities.

Eric W. Shamlin, managing director/executive producer at Secret Location, says the three virtual reality experiences are based on real people the company interviewed around the world.

Each virtual reality scenario is a frozen moment in the life of an illiterate person. They explore the global nature of illiteracy and its correlation with gender inequality and malnutrition. According to UNESCO, these two global challenges incur economic costs estimated at $3.5 trillion and $12 trillion, respectively.

Dan Wagner, UNESCO chair in learning and literacy at the University of Pennsylvania, says there is a strong argument that tackling illiteracy and low literacy as a “foundational” social problem would pay greater economic dividends than tackling each issue separately.

In G is for Gender & Inequality, viewers experience the life of young Sandhya from India and how her gender affects her confidence to learn. B is for Bloodshed focuses on Mark, a young British man who turns violent when he can’t fill out a simple job application. And in M is for Malnutrition, American mother Terri is unable to read recipes and labels to give her family the nutritious food that they need.

“As others have aptly called it, virtual reality is the ultimate empathy machine,” Shamlin says. “Nothing else gives you the same sense of immersion and presence. The international struggle to fight illiteracy has raged on for a long time and we were asked to bring fresh perspective. Now, with the advent of this technology, we can bring a renewed and more intimate awareness of how people struggle with illiteracy.”

WATCH: In a lighter use of VR, the NBA has its fingers all over the technology:

According to Project Literacy, 1 in 10 people worldwide, or 757 million people, are illiterate, and two-thirds, or 496 million, are women. India has the largest population of illiterate adults at 287 million—that’s a third of the world’s illiterate people. Around 5.2 million adults in England have a literacy level at or below those expected of an 11 year old and can be described as functionally illiterate.

Illiteracy is not just a foreign epidemic. Over 90 million adults in the U.S. can read only up to a fifth-grade level. And 20% of Americans read below the level needed to earn a living wage. Among Americans on welfare, 3 out of 4 people are functionally illiterate.

Shamlin says the World Economic Forum was chosen to debut this virtual reality project because many of the world’s leading advocates, educators, and politicians attend.

“They have incredible influence on how the people and nations of the world come together to fight large-scale, international causes,” Shamlin says. “Illiteracy is something every nation struggles with. It’s not just a developing world issue.”

Shamlin says the novelty of virtual reality actually helps raise awareness about these issues, beyond literally putting people inside the head of those struggling with illiteracy. This will play a key role as the global tour progresses and the public can check out the experience through headsets.

“Previously we might have done a video, a website, or some kind of pamphlet to help raise awareness,” Shamlin says. “For this project we’ve included all of those—literature to be handed out at events, additional information on a website, and YouTube videos—but focused on telling the most compelling stories we can through the virtual experience.”

Much of the early investment in virtual reality has focused on video games. But with Google (GOOG) Cardboard and Gear VR out now, and Facebook’s (FB) Oculus Rift, the HTC (HTC) Vive, and Sony (SNE) PlayStation VR shipping this year, Shamlin believes things will quickly change.

“I believe that news, documentaries, and causes get a new life (and a new tool to use) in virtual reality,” Shamlin says. “There’s nothing that teleports you in the same way. Nothing puts you in the shoes of another person or in a remote location quite like VR.

“From Syrian refugees to the earthquake in Nepal, and from the fight against rhino poachers in South Africa to riots in Hong Kong, a user can be teleported there, given an intimate vantage point, and stand among those struggling with these causes.”

“It’s gut-wrenching and informative at the same time,” Shamlin says.