This Is How Much Money Fled From Emerging Markets Last Year 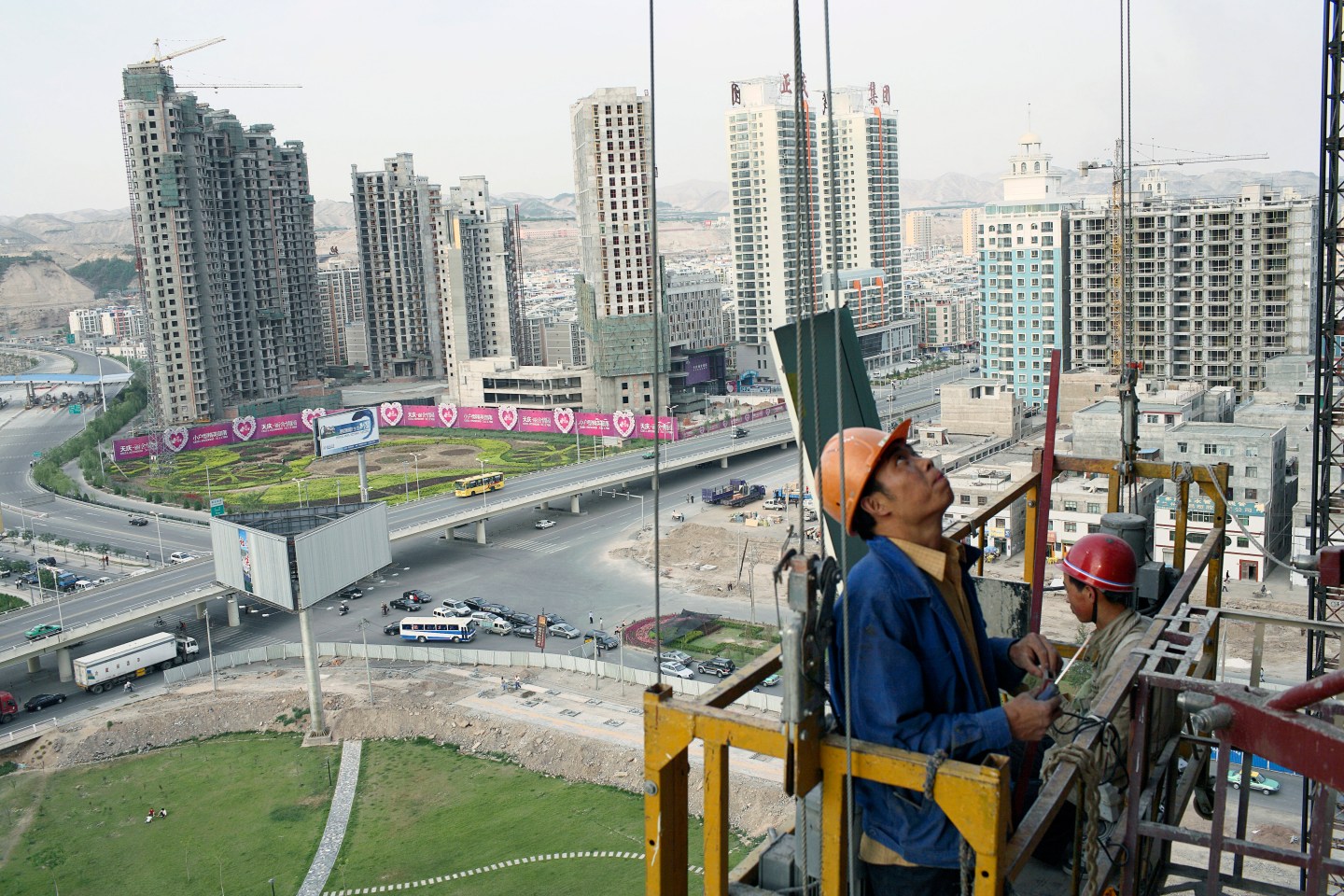 Workers on a construction site in Lanzhou.
Photograph by Per-Anders Pettersson — Getty Images

The scale of the rout in emerging markets is even bigger than the experts thought.

The International Institute for Finance, a lobby group backed by most of the western world’s biggest banks, said Wednesday that $735 billion stampeded out of emerging countries last year, as the Federal Reserve moved slowly but surely towards ending the policy of lending money for next to nothing that it had instituted after the 2008 crash.

The IIF warned that outflows would continue again this year, putting huge strains on countries from Latin America to Asia and Africa–albeit it expected the pace of capital flight to slow.

China was responsible for over 90% of last year’s outflows, as a staggering $676 billion–an average of $13 billion a week–left the country.

The IIF pointed to two main drivers of the trend: Chinese companies were repaying dollar debt faster than ever before, unwilling or unable to refinance it as rates rose throughout the first three quarters of the year. But in the final quarter, the IIF noted more of an increase in mainland individuals trying to get their assets out of the country ahead of an anticipated devaluation of the yuan.

Foreign money had poured into China at an average rate of $387 billion a year between 2010-2014, as it continued to grow while the U.S. and Europe ground through deep recessions and agonisingly slow and insipid recoveries. However, foreign investors alone pulled around $110 billion out of the country last year as China, too, succumbed to its own growth slowdown.

The worst–at least for some countries–is still ahead, according to the IIF. It cited Brazil, Turkey and South Africa as being particularly vulnerable and said Venezuela, whose government declared an ‘economic emergency’ last Friday, may well default. The country faces debt repayments of nearly $10 billion this year, the bulk of them coming in October and November.

The destruction of most of Venezuela’s non-oil economy has left it almost entirely dependent on revenues from the state oil company PdVSA, at a time when oil prices have fallen to their lowest in nearly 13 years.

Over all the country-specific risks in 2016 looms the specter of further Fed rate hikes.

“While we do not expect the Fed to hike rates every 3 months in the near term, we do see a significant likelihood that it will accelerate rate hikes to that pace at some point over the next two years,” the IIF warned. “This could spark a broader repricing of the Fed’s expected tightening path, which in turn would likely prompt a jump in U.S. and global market interest rates and a renewed intensification of capital outflows from emerging markets.”

The surge in capital outflows was concentrated in China not least because it has been slower than many emerging countries to allow its currency to fall against a resurgent dollar. Russia’s ruble hit a new all-time low against the dollar Monday as oil prices (which invariably drive the ruble’s exchange rate) slid again. But the flip side of that is that Russia’s balance of payments has stabilized in the last year–its foreign reserves bottomed in the first quarter of 2015. By contrast, China’s outflows are accelerating (over $100 billion in December alone) because the People’s Bank of China has ‘only’ let the yuan fall by 10% against the dollar since August.

The IIF said the capital flight seen so far this year was a lot less dramatic than in August, when the People’s Bank of China first allowed the yuan to make a big, ‘one-off’ devaluation against the dollar.