Spike Lee Backs Off on a Boycott of the Academy Awards 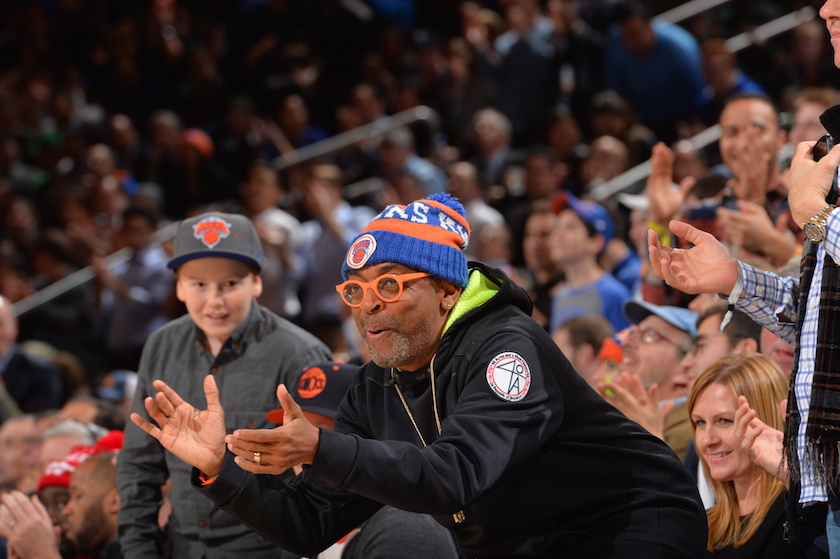 NEW YORK,NY - JANUARY 12: Producer and Knicks superfan Spike Lee gets pumped up late in the fourth quarter while watching the New York Knicks against the Boston Celtics at Madison Square Garden on January 12, 2016 in New York,New York NOTE TO USER: User expressly acknowledges and agrees that, by downloading and/or using this Photograph, user is consenting to the terms and conditions of the Getty Images License Agreement. Mandatory Copyright Notice: Copyright 2016 NBAE (Photo by Jesse D. Garrabrant/NBAE via Getty Images)
Photograph by Jesse D. Garrabrant — NBAE via Getty Images

Director Spike Lee on Wednesday backed away from calls to boycott the Academy Awards ceremony amid controversy over a lack of diversity among this year’s nominees and said a plan is needed to ensure racial equity in Hollywood.

The comments by the two-time Academy Award nominee and honorary Oscar recipient came amid concerns about a lack of racial minorities in the movie industry and at the Academy of Motion Picture Arts and Sciences, whose members for the second consecutive year nominated no actors of color.

Lee said Hollywood needs to widen its diversity with a program similar to one in the National Football League that requires teams to interview black candidates for head coaching jobs.

“That has increased the number of minority coaches and executives in the NFL and that should be used … because we can’t go to that old tired realm, ‘Well, we can’t find any qualified candidates,'” Lee said.

Lee, a noted basketball fan, said he planned to attend the New York Knicks game when the Oscars are presented on Feb. 28.

The controversy has put pressure on the academy, whose top leader said this week it would review membership recruitment and pledged to make “big changes.”

Lee first announced on Monday that he would not attend the ceremony in California, timing his action with the national holiday commemorating slain civil rights leader the Rev. Martin Luther King Jr.

A day later he echoed those comments, pushing for affirmative action to address racial disparity in Hollywood as a number of celebrities also called for changes industry-wide, with some pledging to skip the ceremony in protest.

Civil rights leader Al Sharpton urged Americans to “tune out” the ceremony while documentary-maker Michael Moore and actress Jada Pinkett-Smith said they would boycott it. Other directors and actors rejected such action.

The race issue has put a spotlight on Oscars host Chris Rock and whether the comedian should drop out in solidarity with those rejecting the ceremony.

“Chris Rock is a grown … man,” Lee told ABC. “He’s just going to do what he’s wants to do and I support him either way.”