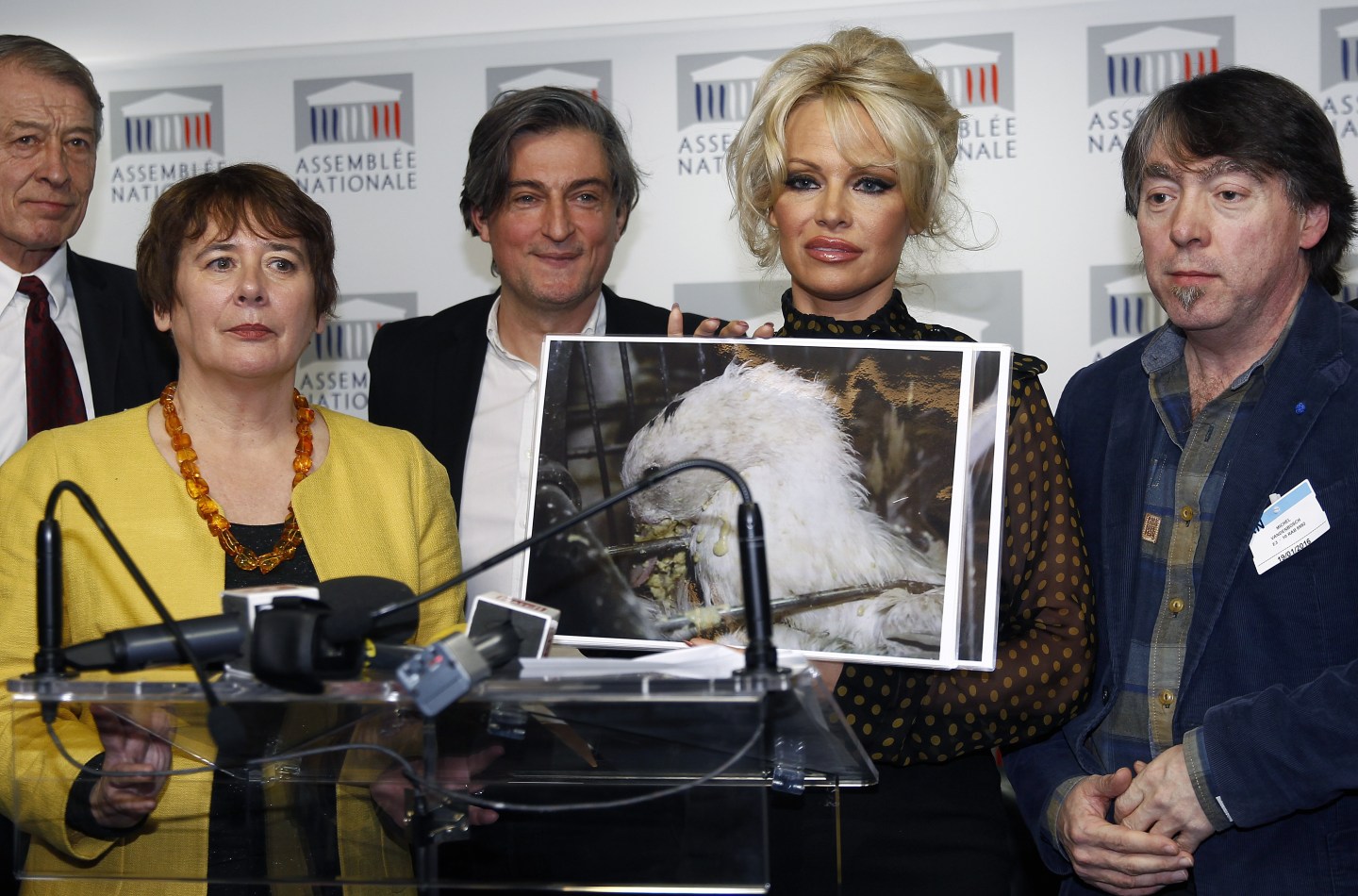 PARIS, FRANCE - JANUARY 19: French ecologist MP, Laurence Abeille (L) poses with US actress Pamela Anderson after a press conference at the French National Assembly on January 19, 2016 in Paris, France. Pamela Anderson comes to Paris to defend a bill against animal suffering and the forced feeding of geese and ducks. (Photo by Chesnot/Getty Images)
Photograph by Chesnot — Getty Images

Pamela Anderson stood before the French Parliament on Tuesday to speak out against the practices used in the production of foie gras.

Anderson was campaigning for a bill that would ban foie gras producers from force feeding poultry to make the fatty liver product, Reuters reports. She compared the treatment of ducks and geese in the making of foie gras to seal hunting, common in Canada. “As a Canadian, I am ashamed of the brutal clubbing of baby seals,” she said. “And thus I have empathy for many of the French citizens who also experience both shame and sadness at the misery suffered by these very sociable birds.”

The product was banned in California in 2012, and then reinstated as legal at the beginning of last year. Fortune reported that a judge claimed the ban violated federal regulations, including interstate commerce laws.

Though her appearance likely won’t have much of an effect on the law since the vast majority of parliament doesn’t support the ban, it did cause a commotion among members of the media, inciting a brawl between a cameraman and photographer fighting to get a shot of the Playboy-model-turned-actress.

Marie-Pierre Pe, a representative for CIFOG, an association that represents professionals in the foie gras industry, told Reuters, “We understand that some people don’t want to eat foie gras but they should not keep foie gras lovers from eating it.”