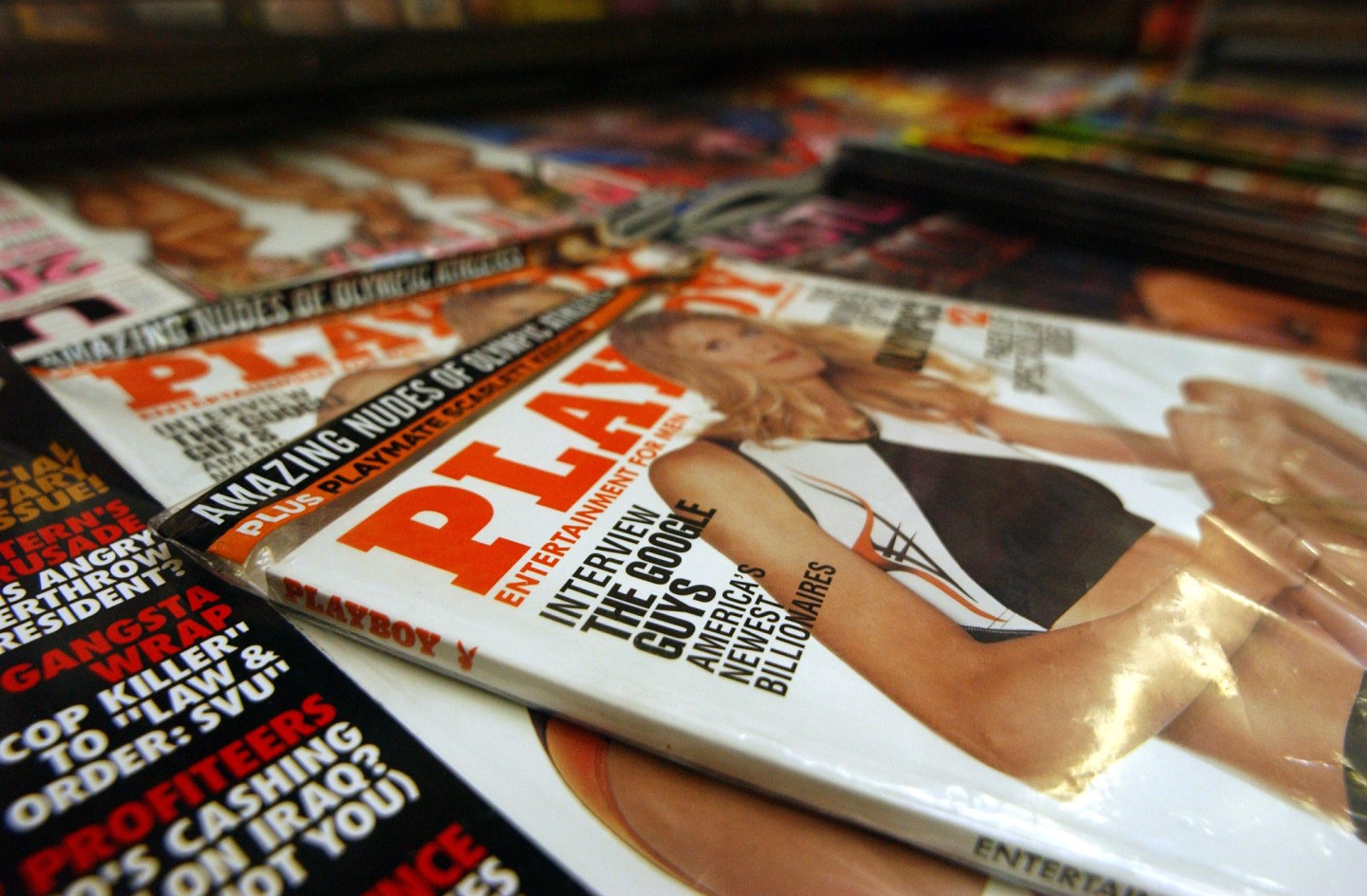 UNITED STATES - AUGUST 13: Playboy magazine featuring an article on Google is seen at a newsstand in Manhattan, New York on Friday August 13, 2004. Google Inc., the world's most-used Internet search engine, cut the price range on its initial public offering by about a quarter, valuing the company at as much as $25.8 billion. (Photo by Jennifer S. Altman/Bloomberg via Getty Images)
Photograph by Jennifer S. Altman — Bloomberg via Getty Images

Playboy‘s January/February double issue marks the end of an era. It will be the magazine’s last issue to include nudity, so it enlisted the help of one of the most iconic playmates in its history—Pamela Anderson.

Playboy announced on Thursday that Anderson has posed nude for the issue and will appear on the cover. It will be her 14th Playboy cover, a record number. She was photographed at the Playboy Mansion by photographer Ellen von Unwerth and interviewed by James Franco, whose lengthy resume includes occasional Playboy contributor.

In the interview, the two discuss the trajectory of Anderson’s Playboy career from her shy beginning to becoming the “Marilyn Monroe of our time.” Franco reads Anderson her Playmate Data Sheet from 1990, the year after her first cover. When asked about her ambitions, the then-22 year old model wrote that she wanted to win an Oscar. Present-day Anderson’s response to hearing that was, “How funny is that? It was a joke!”

As for what the switch from nudity means for the magazine, Playboy is hoping to revive its relevance in a culture unrecognizable to the one in which it was introduced in 1953. When it got rid of nudity on its website last summer, traffic quadrupled to 16 million unique visitors per month.

The January/February issue will be on newsstands by Dec. 11, and the first nudity-free issue will come out in March.