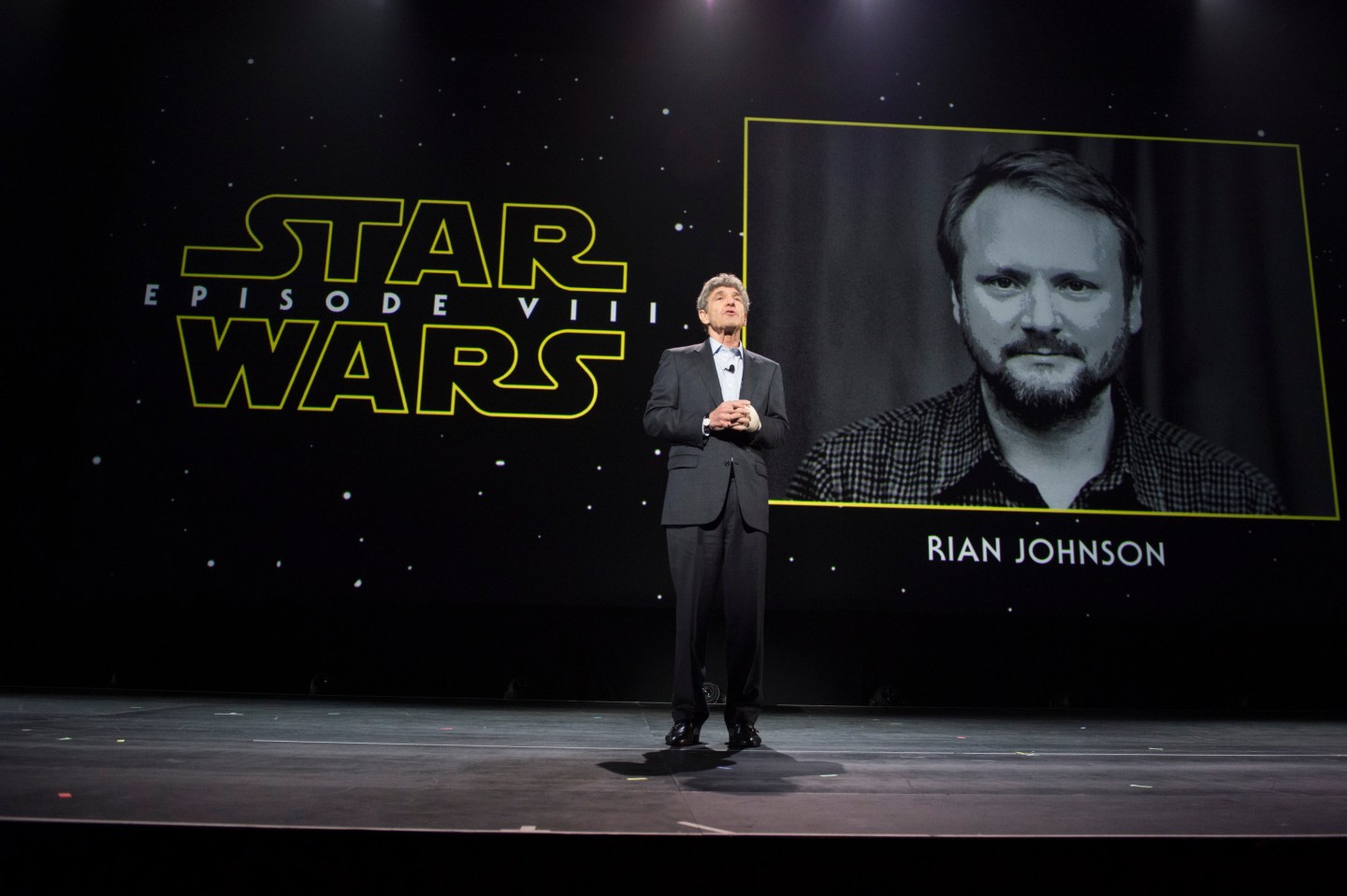 D23 EXPO 2015 - D23 EXPO, the ultimate Disney fan event, brings together all the past, present and future of Disney entertainment under one roof. Taking place August 14-16, this year marks the fourth D23 EXPO at the Anaheim Convention Center and promises to be the biggest and most spectacular yet. (Photo by Disney/Image Group LA via Getty Images) ALAN HORN (Chairman, The Walt Disney Studios)
Photograph courtesy of Disney/Image Group LA via Getty Images

Disney (DIS) has postponed the release date for the next installment of Star Wars.

Star Wars: Episode VIII was originally set to come out on May 26, 2017. Disney announced on Wednesday that the movie will instead be coming out the following holiday season on Dec. 15. That will be almost exactly two years after the release of Star Wars: The Force Awakens, which shattered numerous box office records and became the top-selling film of all time in the U.S. and Canada within just a few weeks.

J.J. Abrams will act as an executive producer for the saga’s eighth film, which is being written and directed by Rian Johnson. According to IMDB, Johnson is also writing Star Wars: Episode IX. Episode VIII is currently in pre-production stages and will be going to London next month for principal photography.

With this latest Star Wars film being pushed back, a new Pirates of the Caribbean movie will claim its original release date. Dead Men Tell No Tales, in which Johnny Depp will return as Captain Jack Sparrow, is currently in post-production. It was originally scheduled to be released on July 7, 2017, but now can be expected a few months earlier on May 26.