Apple Is Getting Serious About India 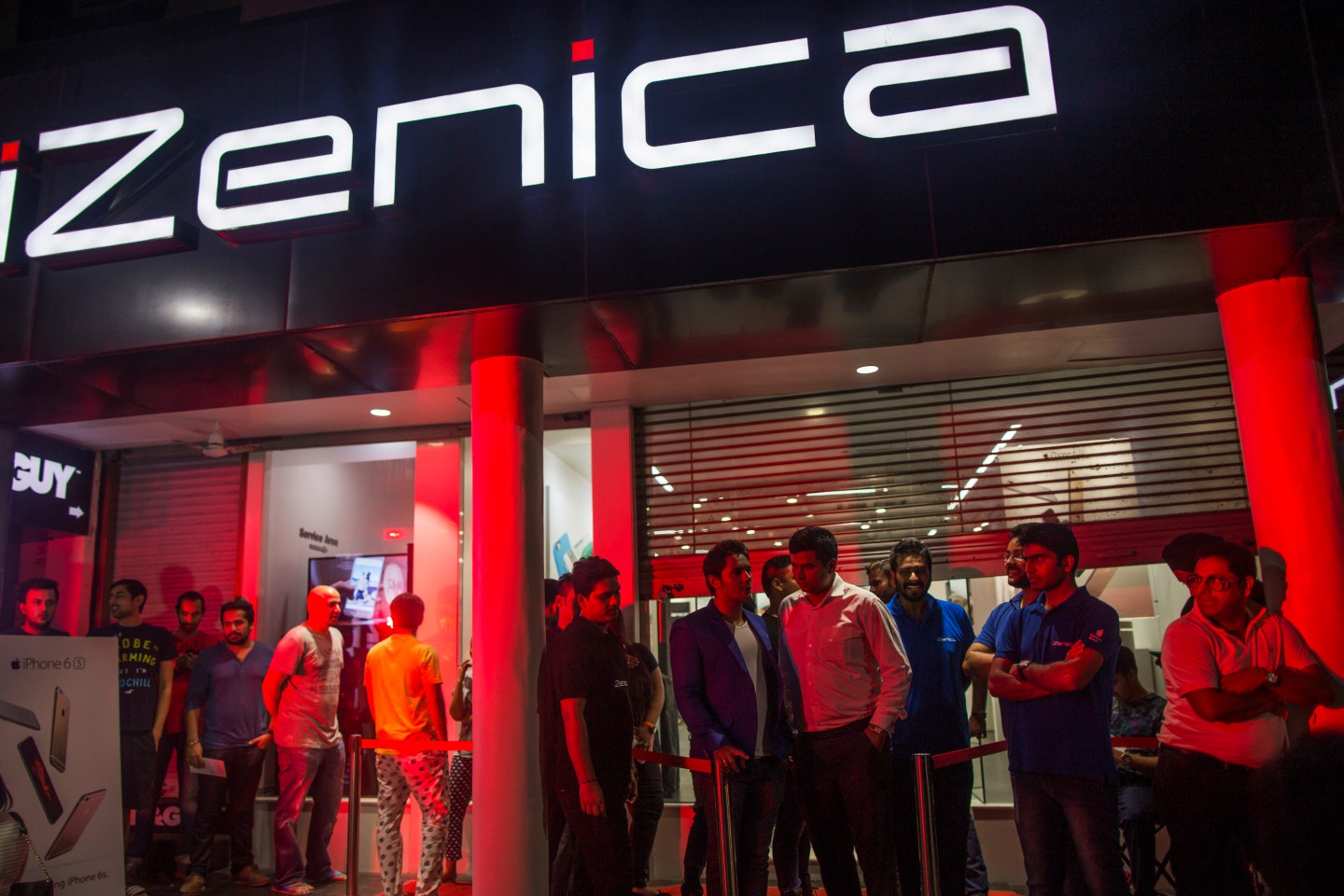 Customers wait in line outside an iZenica store, operated by Zenica LifestylePvt., prior to a midnight launch event for the Apple Inc. iPhone 6s in New Delhi, India, on Thursday, Oct. 15, 2015. The new iPhones will be available in more than 130 countries by year end. Photographer: Prashanth Vishwanathan/Bloomberg via Getty Images
Photograph by Bloomberg via Getty Images

Apple Inc (AAPL) has filed an application with the Indian government to set up its retail outlets in one of the fastest-growing smartphone markets, a spokesman for the Cupertino-based company said on Wednesday.

Apple’s retail expansion plans in India come at a time when concerns about slowing growth in the U.S. and China, the world’s most important market for smartphones, have weighed on the company’s stock in the last few months. India, by contrast, was one of the few bright spots in the global economy: the International Monetary Fund kept its forecast for the country’s growth this year and next at 7.5% in its latest outlook for the world economy, released Tuesday.

While Apple may have cracked the Chinese smartphone market, it’s struggling to establish a presence in India, where it currently sells its iPhones, iPads and Macs in India through third-party resellers.

According to data from consultants IDC, Apple’s share of the Indian smartphone market was only 2% in the third quarter 0f 2015, compared to 33% for Samsung Electronics (SSNLF). IDC expects India to be the world’s second-largest smartphone market by the end of 2017, but success for Apple will depend on whether local incomes grow fast enough to expand the potential market for its premium-priced products.

The Times of India reported earlier this month that Apple had cut the price of its iPhone 5s in India to $370 from $665 only three months earlier, after seeing weak demand. The iPhone 5s accounts for nearly half of Apple’s smartphone sales in the country, according to the report.

(Reuters contributed to this report)