Why Goldman Sachs Thinks Apple Is a ‘Compelling’ Buy 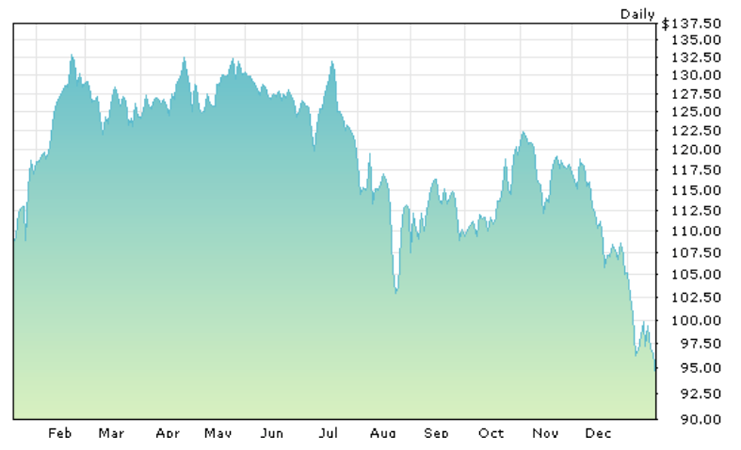 “We see the current weakness,” she told clients in a note issued Tuesday, “as a compelling buying opportunity.”

1. The bad news from Apple’s supply chain, she says, is already priced into the stock. Although Apple might issue revenue guidance for the March quarter that disappoints some sell-side analysts, she expects to be “in line or better than buyside expectations.”

2. Apple (AAPL), she says, is a “defensive stock relative to the current market sell-off,” given that it has 25% of its market capitalization in cash and an absurdly low price-to-earnings ratio.

3. She expects March to mark the bottom for revenue growth (-2%) with a new crop of iPhones and easier year-over-year comparisons driving “accelerating revenue growth” for the rest of the year

4. “Once we get past the near-term concerns over a unit shortfall,” she concludes, “we expect the focus to increasingly shift toward what we call ‘Apple-as-a-Service’—the idea that Apple’s revenues are increasingly becoming recurring, rather than transactional, as a result of the shift to installment plans and the recent launches of several products and services (Apple TV, Music, Pay, Watch) that further increase the stickiness of the platform.”

That sounds about right to me.