The IMF Has Slashed Its World Growth Forecasts Again 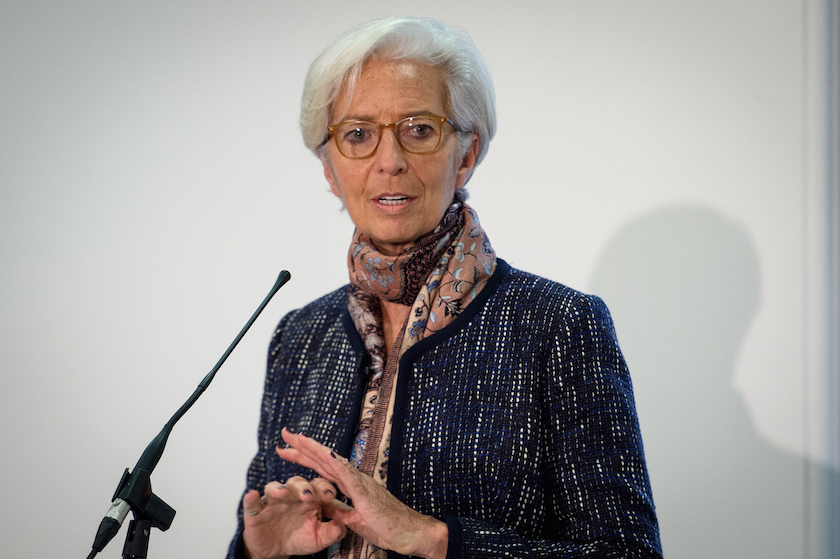 LONDON, UNITED KINGDOM - DECEMBER 11: Managing Director of the International Monetary Fund Christine Lagarde speaks during a press conference to present the the concluding statement for the IMF 2015 Article IV consultation with the UK HM Treasury at the Treasury on December 11, 2015 in London, United Kingdom. The International Monetary Fund delivered its annual update on the UK economy today, during which its managing director Christine Lagarde praised the country's economic recovery and warned against leaving the EU. (Photo by Stefan Rousseau - WPA Pool/Getty Images)
Photograph by WPA Pool via Getty Images

The International Monetary Fund has added its imprimatur to the chorus of doom from Wall Street analysts over the last couple of weeks, downgrading its forecasts for the global economy for the next two years.

In the latest update to its World Economic Outlook, the most comprehensive forecast for the global economy, the IMF said that the slowdown in emerging markets would cut 0.2 percentage points off the world’s gross domestic product growth both this year and next. It now expects GDP to rise only 3.4% this year, and 3.6% in 2017.

The IMF is predicting growth in China will fall to 6.3% this year and 6%, both of which would confirm a trend evident in the fourth-quarter GDP figures released by Beijing earlier Tuesday. The figures suggested GDP grew at its slowest rate in 25 years–and many suspect the actual rate of growth is well below the one reported by China’s statisticians.

The IMF put a sharper-than-expected slowdown in China at the top of its list of risks for the coming year, closely followed by a warning that a further rise in the dollar could create a financial crisis in emerging markets, especially where companies have taken on too much debt in dollars in the post-2009 period of almost-free money from the Federal Reserve.

In an accompanying blog, the IMF’s chief economist Maury Obstfeld said that both China’s rebalancing and the Fed’s tightening were necessary developments but warned that they “pose big adjustment challenges for many countries, and it is those that dominate the medium-term outlook.”

“We may be in for a bumpy ride this year,” Obstfeld added.

The biggest revisions to the IMF’s outlook came not in China, but in Brazil, which has been trapped in a spiralling economic and political crisis as the end of the commodities boom exposed the scale of corruption and mismanagement in previous years. The IMF now expects Brazil’s economy to shrink by 3.5% this year and stagnate in 2017.

There were other big downgrades across most of the world’s big oil producing regions, to reflect the sharp slide in crude prices over the months since the IMF’s last update. The IMF said Russia’s GDP could contract another 1% this year (more than twice what Moscow is predicting) before growing by 1% next year. And it slashed 1 percentage point from its forecast for Saudi Arabia, although the desert kingdom will still grow by 1.2% and 1.9% over the next two years.

The Fund also shaved 0.2 percentage points off its forecast for the U.S. to leave it at 2.6% for both of the next two years, while forecasts for the net oil consumers of Europe were left unchanged. The biggest bright spot in the IMF’s forecast was India, where the forecast for 7.5% growth this year and next year was also left unchanged (full table of forecasts below).

The Fund’s managing director, Christine Lagarde, had called in a speech last week for urgent policy action to support growth in emerging markets, which are home to 85% of the world’s population and over half of its GDP.