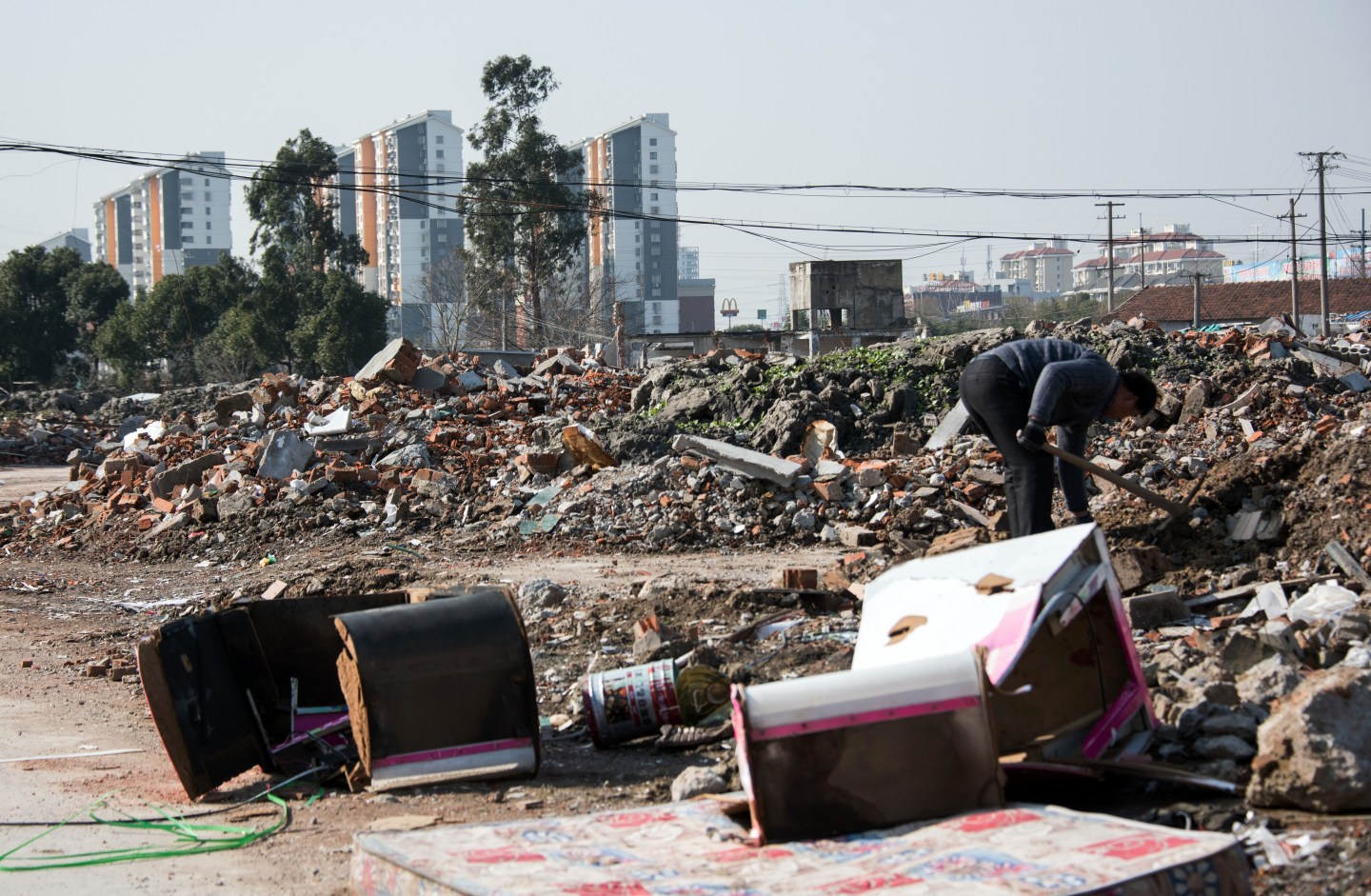 Today, for instance, the market bounced on the news China’s economy officially grew 6.8% in the fourth quarter from a year earlier — and 6.9% for 2015 as a whole—to meet the government’s target of “around 7%” growth. It was the lowest annual growth figure since sanctions hobbled its economy in the early ‘90s, post-Tiananmen Square, down from 7.3% last year, and seemed to give Chinese stock investors hope the government would react with stimulus to juice the economy.

Closer to 4.5% growth in the fourth quarter, according to Capital Economics, a London-based research house that has compiled Chinese economic indicators to find a truer measure of growth since 2009.

The figures might shock the global markets if they came out in an official headline, which may be the reason the Chinese government hasn’t let them.

Are they really that bad?

Capital Economics’ researchers don’t think so. Their figure has been improving since the beginning of 2015 thanks to China’s fiscal spending boosts. The overall trend looks steady, which contradicts the financial markets’ sharp declines since the start of this year. Although those markets, in China at least, may not be saying much.

The government released other economic metrics today that illustrate the split in China’s economy. Consumers keep rising as old industry declines. Retail sales and industrial production are heading in opposite directions. Retail sales growth reached 11.1% year over year in December, a tick less than last December, but sales continued rising faster than most of last year.

Industrial production rose 5.9% year over year last month, slower than November’s 6.2%. Investment in fixed assets, which grew at an annual clip of over 25% in the four years following the 2008 crash, grew ‘only’ 10%, its slowest rate since 2001. Both are now exerting a substantial drag on the overall economy.

But back to today’s biggest release: Even though China’s true economic growth likely falls well below the government’s figure, there are enough indicators to suggest that China’s economic situation may be more stable than a panicking stock market would have you believe.

For what it’s worth, today’s market reaction has been on the whole positive. The CSI 300 stock index, which comprises elements of both the Shanghai and Shenzhen markets, rose 2.7%, while other Asian stock markets rose more modestly.

In the more important currency markets, the official yuan rate was unchanged against the dollar, while the more freely traded offshore rate weakened. The offshore rate has been one of the more alarming signals of recent weeks, as sharp declines against the dollar have exposed the pace at which capital is leaving the country (over $100 billion in December alone). However, the People’s Bank of China imposed new reserve requirements on some key banks Monday, in a move that will make it more expensive to bet against the yuan.