What This Gambling Expert Says About Tennis’ Match-Fixing Problem 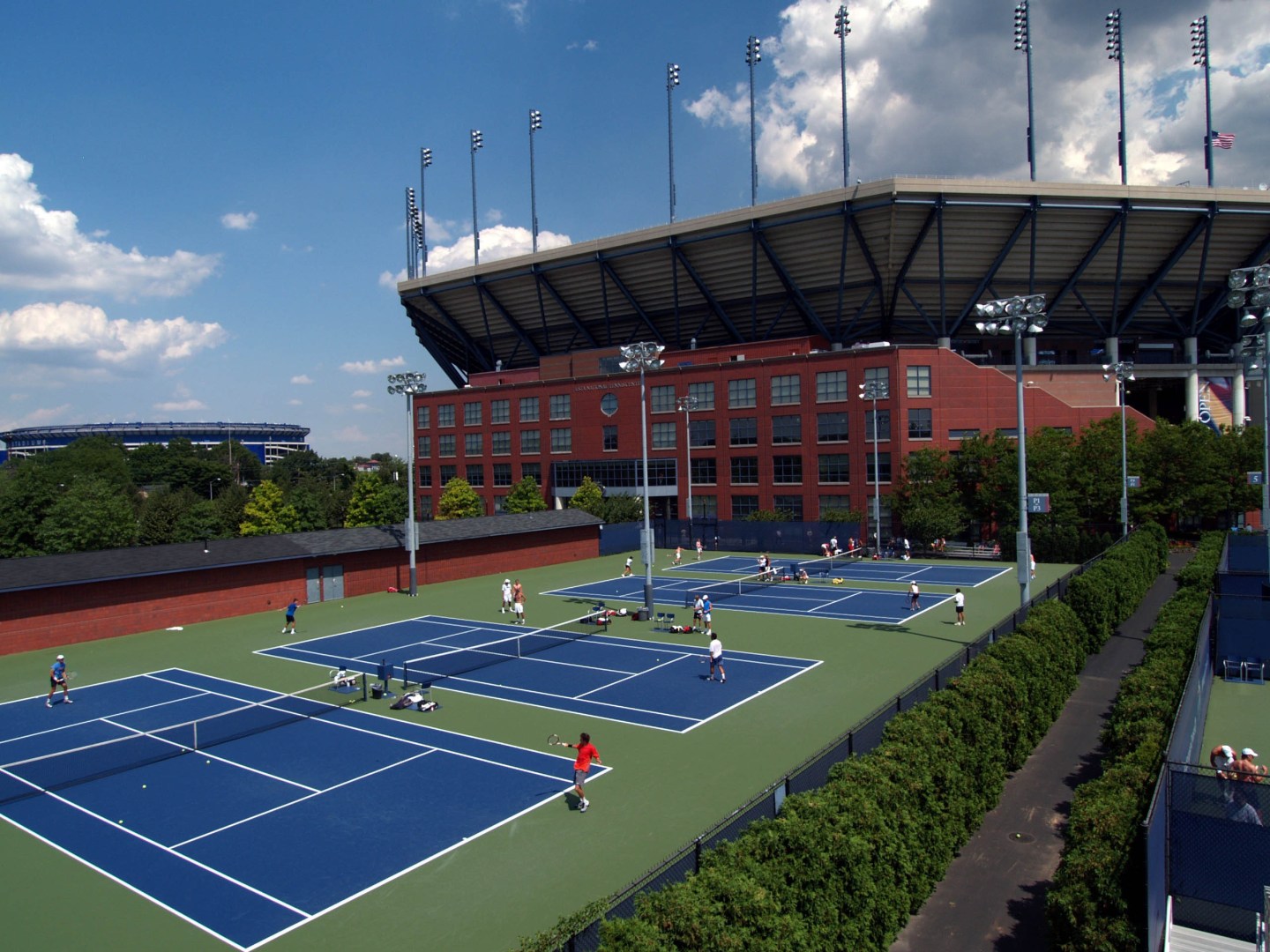 UNITED STATES - AUGUST 22: Monday August 22, 2005, in Flushing Meadows, Queens, New York, the US Open Grand Slam tournament ramps up to its official opening. One of the most visible changes can be seen here above the main practice courts of the US Tennis Center. Court surfaces are now the color blue. (Photo by Rick Maiman/Bloomberg via Getty Images)
Photograph by Rick Maiman — Bloomberg via Getty Images

Scott Ferguson, once the head of education at Betfair, consults on the subject of sports gambling and runs the website Sports is Made for Betting. We checked in with Ferguson on Monday, after the first day of the 2016 Australian Open was overshadowed by the BBC/Buzzfeed match-fixing report.

Jon Wertheim: To what extent are you surprised by the contents of the report?

Scott Ferguson: Very little. There have been lengthy lists of suspicious matches handed to tennis authorities in the past, with many common names appearing time and time again, and it’s the same old story. Zero response or action from the Tennis Integrity Unit (or perhaps they have done plenty and found nothing—but with their magic cone of silence, we really don’t know and just have to assume they have done nothing).

​JW: What, in particular, struck you?

SF: The surprise is that it has reached this stage again, trying to force the hand of the ATP. In 2007, Betfair were so fed up with ATP inactivity that they voided all bets on the Nikolay Davydenko-Vassallo Arguello match—the only time they have ever done that, and quite costly for them. The story made the Reuters, AP and AFP wires around the world—and the TIU was formed. What was particularly striking was the level of detail supplied by investigators like Mark Phillips, and then it went nowhere. It is as if the TIU have a ‘Too Hard’ basket, and any case involving a player ranked under 200 is just dismissed as too hard to win.

​JW: The Nikolay Davydenko match—a classic case of “suspicious betting patterns”—was nearly a decade ago. The Tennis Integrity Unit was set up expressly to deal with this issue. You and I first corresponded five years after your post “Tennis Gets Crooked Again” outlined strange patterns in the ATP’s fall schedule. What happened or didn’t happen since? As you see it, where is the breakdown?

SF: The TIU will make a big song and dance about sanctions handed out to a dozen players and one official. Ask any casual fan of the sport if they have ever heard of ANY of those players banned. I follow the sport closely on a daily basis, and deeper than just the top tours, and I hadn’t even heard of most of those players/scapegoats. Do we really believe that nobody ever ranked inside the top 150 has ever manipulated a match? The one exception is Daniel Koellerer, a much-despised player on the tour that most of the circuit would have happily thrown him under a bus…

​JW: I was tipped off to a case of suspicious patterns at last year’s U.S. Open. I approached the player in question who showed me his hand, containing a blister the size of a half-dollar. He professed to know nothing of the irregular betting but suspected that a courtside observer saw his hand, realized he could not finish the match and bet accordingly. Do you have a sense of how many of these irregular instances owe to factors other than corruption?

SF: Very few come down to factors like this, and if so, it wouldn’t be hard so difficult to track because it would center around one betting account rather than a network of accounts which have a history in betting suspicious matches. Crooks rarely work alone as individual accounts can often be closed, restricted etc. It’s usually about getting as much cash as they can on a selection, spread across many different accounts. One famous case—Caroline Wozniacki withdrew from a match (Luxembourg, Oct. 2009) when clearly in control 7­–5, 5–0, but also ailing with an injury. Her coach/father told her in an on-court coaching exchange that she should retire as the injury would only be worse the next day and thus she wouldn’t be able to play, so why not be a sport and let the other girl continue (the opponent was Anne Kremer in her home, and possibly her last event). This conversation was not obvious to 99% of us because it was in Polish, but some Polish-speaking viewers seized this information and pummeled the betting until she officially withdrew. Good intentions, but badly executed….

JW: Either way, the integrity of competition is undermined and eroded. But do you have a sense of what is being fixed? Points? Sets? Games? Matches?

​SF: Matches. There is precious little in betting on individual points, sets or matches. It can be done, but not via the big betting exchange, and thus any success on such markets will be very short-term as those accounts will be closed or restricted faster than a Sam Groth serve. The lengthy Buzzfeed article reveals some of the strategy manipulating prices within a match commonly losing the first set, then going down another break so the odds of the losing player (but almost always the original favorite) are now at the maximum price they can get with any hint of a legitimate script, the betting syndicate unloads rapidly with as much money as they can, and then lo and behold, the player breaks serve and stages a miraculous recovery. The favorite wins, the other player is seen to have battled hard and most of the missed shots/conceded points are written off as near misses and few people even smelt anything dodgy…. until the betting evidence, in particular the volume of money traded at a specific stage of the match, is revealed to match the script which has been played out.

JW: Are you hopeful that the bad guys will be weeded out? It seems to me that this is so analytics-based that, in some ways, it’s an easier challenge that rooting out doping.

SF: I’m always hopeful but the ATP/TIU seem to be following the same sporting body handbook as cycling, athletics, soccer: Deny, deny, deny, then claim it’s all rampant speculation with no basis.

JW: Why has tennis become such a popular betting and why—apart from only needing one athlete, not a team or even coach, to go bad—has it become so apparently fertile for corruption?

SF: Tennis is a huge betting sport. It runs virtually all year round, all over the world with a range of levels from amateurs living a dream through to super-rich superstars, it’s relatively simple to follow, and the TV and online coverage is second to none. It’s the perfect sport for corruption because it is one-on-one. One player intent on losing the match can do it in such a way that the other knows nothing about it, he just thinks that the other player is slightly off his game/got out of bed the wrong way/affected by the wind or sun etc. Anyone who has played the game at an amateur level can understand these issues. A top level player with bad morals can control his game so well that lines are being missed consistently by a few inches. Nobody is stupid enough to put them into the next or back fence every time.

​JW: It seems to me that a lot of this is owed to economics and incentives. The paltry prize money at lower events is a big issue in tennis. A winner of a low-level match will make a few hundred bucks. Yet tens of thousands in wagers may be riding on the outcome.

SF: Money is the root of all evil. It’s not just tennis, it’s not just sport. There is nothing here which isn’t already rife in society unfortunately. Why are we paying millions of dollars for first prize at a Slam when losing R1 at a futures event might be fifty bucks on a good week and the TIU is hopelessly under-resourced? Priorities in the wrong place. Tennis is a world sport—you cannot expect 18-year-olds entering the tour from 100 different nations to have all had the same strong moral upbringing. It’s unrealistic. Get serious, find the bad eggs that hang around these lower events and warn players about them. The ATP spends money on expelling courtsiders who have no influence on a match at all, just infringe their precious data rights, but how much do they put into surveillance around known fixers/bad influences?

SF: Red herring but people will jump on any old excuse. Is it really that hard to draw a line between those who perform and those who enjoy the performance? Having betting companies on board (via data-sharing agreements with authorities) is essential for the game, it means suspicious betting patterns can be investigated. Banning it completely/shunning these firms would just force more business into unregulated markets, and good luck ever creating a forensic trail through that.

JW: You’re in charge of solving this, what do you do?

​SF: Excellent question. Firstly, the TIU cannot be silent. Silence in a governing/investigative body in 2016 is not an option. They should be asking questions of players every day. They don’t have to be public with the details, but they can announce “We are investigating 11 matches from January and will be seeking further information from the players involved”—generic stuff that makes us think they are actually doing something! If players actually see and hear something being done, then these players who have been marked as repeat offenders might actually stop. If you put your toe in the water and nobody even noticed, why wouldn’t you try again? And again and again and get bolder and bolder.

The TIU should acquire a tennis live trading model, to be run in their office alongside every match so they can start acting as soon as something flags up as suspicious. Ask questions. Ask the players why they did X, Y and Z. Request data from betting firms. Use analytics to examine what players do in certain situations (e.g. when down break point, do they blast their way, try to grind down the opponent, serve-volley, play moonballs etc). Eventually they will come up with a data sample large enough to make some reasonable assumptions from.

Use the data—stop living in the 80s and believing it’s all part of the natural variation of a tennis match. Give an amnesty to all players for three months—everything must be reported. Anything found after that and the penalties are substantially heavier.