This Is Who CEOs Would Elect President 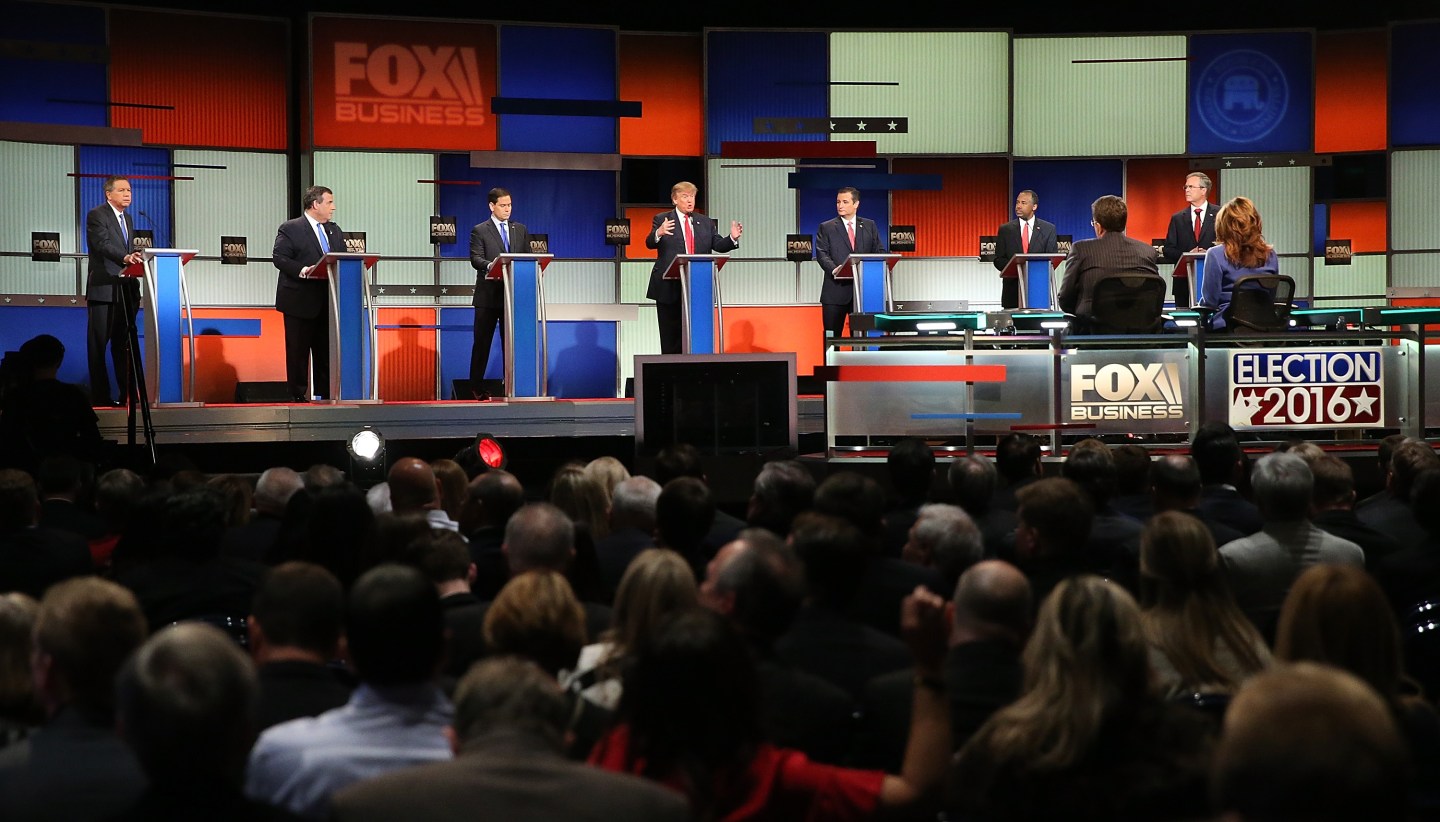 Chief Executive magazine’s website conducted a survey of its readers to find out the favorite presidential candidate among C-Suite voters.

The January survey is a follow-up to one conducted in August. Donald Trump remains the number one choice, receiving 21.1% of the vote, up from 20.7% in the first poll. Though seemingly impressive, it’s notable that there are seven less candidates now than there were over the summer, and six other candidates have lost significant chunks of support in those five months. The newly available votes seemed to be divided mostly among Marco Rubio, Chris Christie, and Ted Cruz, who saw their support increase by 342%, 335%, and 265% respectively.

Jeb Bush, who has seen his poll numbers drop dramatically in the same period, went down from 11.2% in August to 8.1% this month. Bernie Sanders‘ support dropped a bit as well from 3.4% to 1.9%.