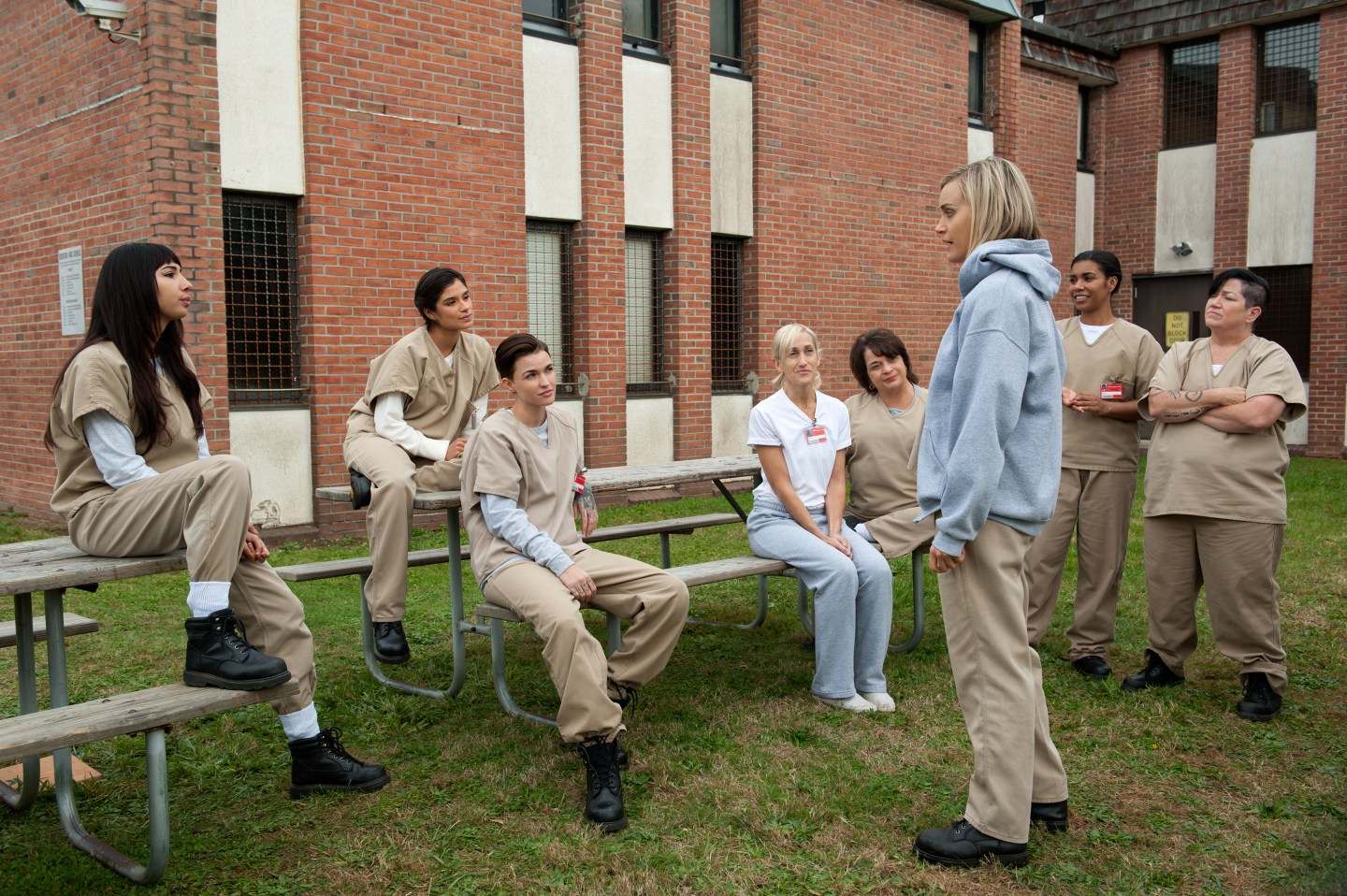 As television executives gather in Miami for the annual NATPE conference, they’ll no doubt debate whether the explosion in scripted TV programming is a problem. While most signs point to a continued increase, the economics behind who’s buying shows and what they’re paying are changing rapidly. NATPE, which stands for National Association of Television Program Executives, is the ultimate marketplace for sellers of TV series. For the past decade, buyers have been gobbling up shows – so much so that industry leaders have voiced fears about how long this golden age of television will last and whether we’ve reach “peak TV.”

Worries about a content bubble first surfaced last August, when FX Network President John Landgraf told journalists at the Television Critics Association’s summer press tour, “There is simply too much television,” referring to the rising number of scripted shows. Landgraf’s own network, FX, has bet heavily on originals, winning acclaim for standouts like “American Horror Story” and “Fargo.” FX’s research team estimates 409 scripted TV shows aired on broadcast television, cable and via streaming services in 2015. That’s a 94% increase since 2009.

NATPE surveyed its own members in November and found that more than half of them believe the number of scripted shows available to consumers will increase over the next two years. And 75% of those polled say streaming services such as Netflix, Hulu and Amazon Instant Video will play the biggest role in bringing new scripted shows to market.

One concern is that as more shows are produced, the pool of writers, producers and actors available to staff these shows decreases. Executives such as Landgraf have warned that this could lead to lower-quality shows and perhaps, less viewership.

Those who dispute the bubble view point to the dramatic changes in how television shows are both distributed and consumed around the globe today. Back in 2009, for example, Netflix (NFLX) and Amazon (AMZN) weren’t going head to head with HBO and Showtime. “Our entry into original programming started what appears to be the largest explosion of original television production in the history of the media,” Netflix Chief Content Officer Ted Sarandos told me during a “state of the industry” luncheon back in October.

Netflix is rolling out originals of all genres at a staggering rate — it launched more shows in the final quarter of 2015 than it did in all of 2014. This year, it’s doubling its original output, as part of an overall plan to spend $5 billion on programming.

Veteran TV producer Ben Silverman, whose recent credits include Netflix’s “Marco Polo,” also told me that the wider range of programming being produced for streaming is enabling “new voices to be heard.” Lionsgate Television’s President Sandra Stern agrees. Lionsgate produces originals like “Orange Is The New Black” on Netflix and “Casual” on Hulu. “The proliferation of television has opened the doors to talent who were not working in TV five years ago,” Stern said in an interview with Fortune.

Still, the surge in streaming service shows is bringing some significant financial risks. Silverman, whose network shows include “The Office,” “Ugly Betty” and “Jane The Virgin,” warns the shift is putting pressure on how much money talent — the actors, writers, and producers — can make from their creations. “Most of the new streaming players are trying to control rights around the world, by buying out the talent’s upside participation early on,” Silverman tells Fortune. The networks more traditional distribution approach provides a more lucrative window of opportunity through future syndication or streaming deals. “As streaming services launch more original shows, they’re basically killing the open market for their content by controlling it exclusively,” he says.

While the new financial model behind scripted television may be complicated for creators, it should ultimately benefit viewers. With so many originals popping up on streaming services, the new litmus test on whether a show survives is whether, as Sarandos says, a show can be someone’s “personal favorite.” In an on-demand world ruled by personalization and convenience, there’s more room for once-niche offerings such as Amazon’s “Mozart In The Jungle” and fewer spots for mediocre sitcoms and dramas, previously scheduled on TV networks to fill the time between their hit shows.

Jon Erlichman is an LA-based tech journalist and entrepreneur. In television, he has worked as an on-air correspondent and producer for ABC News, HLN, Epix and Bloomberg TV. He has also contributed to The Wrap. Erlichman created Lifestream, a digital production company focused on live-streaming programming and co-created Periscope’s first TV channel, Parachute TV.