The Secret to Transitioning from Freelancer to Entrepreneur 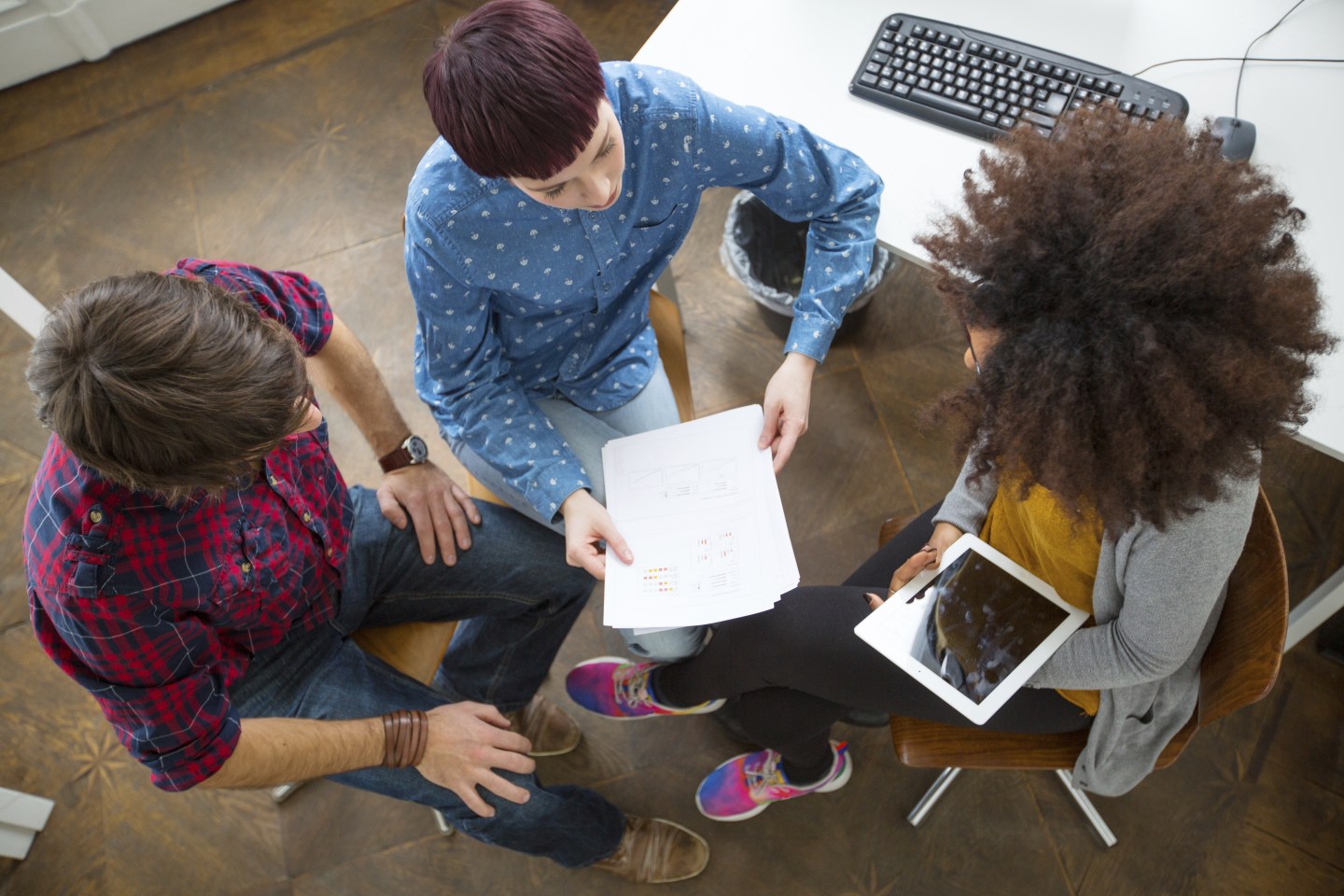 Group of entrepreneurs at a meeting
Photograph via Getty Images

While few career paths, or should I say titles, are as desired than that of an entrepreneur, often people turn to freelancing for their first attempt at being in charge of their own destiny. Indeed, approximately 53 million American freelancers earn $715 billion a year according to a recent study. That seemingly significant amount of comprehensive earnings comes to just $13,490.56/person. With 40 percent of those freelancers claiming it’s their only source of income, it’s clear that freelancing hasn’t created a country or world of entrepreneurs. Rather, it’s allowed skilled people to create bad jobs for themselves.

I was one of them. I left a well-paying, yet stressful job to “start a business” based solely on per-hour clients and third-party freelancing websites. From writing individual blog posts for multi-level marketing representatives to naming adult-themed businesses for $5, I had more work than I could handle but less income than I could afford to have. What I thought was a business was a terrible freelance job that brought in an average of $2,313/month before taxes and expenses for the first five months of 2015.

What was I doing? I went from being on pace to make $75,000 a year to making just under $28,000. With $50,000 in student loans, a wife, a child and a baby on the way, something had to change. It wasn’t my work habits or even bringing on more customers that had to change, it was my mindset.

The majority of us grow up and begin our careers believing that for each hour we’re on the job we receive a specific compensation for that hour. The only way to make more money with this belief is by working overtime, getting another job to work more hours or by begging for a raise. We accept this as normal.

Each day I had set out to work harder than the last and to complete more and more hours of work. I charged clients a per hour rate that I thought I was worth, but my billable hours never came close to the total hours I was putting in. I still had to market my services and do behind the scenes work to provide good work to clients. How I was handling what I thought was a business made it impossible to get ahead unless I had more hours to put in, which simply wasn’t possible.

Asked about what it takes to transition from a freelancer to an entrepreneur, CPA and founder of Godwin Start-Up School Jon Godwin said:

“The secret to transitioning from freelancer to entrepreneur is in realizing that entrepreneurship involves more than technical knowledge of your craft.

A freelancer is a gun for hire, hopefully regarded as an expert in the chosen field, and a technician available to the one who needs your service. An entrepreneur, to be successful, understands that being a talented technician is only part of the puzzle.”

Realizing that there is life beyond per hour wages and shifting your mindset to that of an entrepreneur is the only way to begin the transition from self-employed to business owner. After this realization set in and I saw the immediate need in my bank account, I started approaching my efforts like an actual business.

I changed my per-hour work into monthly contracts and projects — turning my services into products I could sell to clients. I quit freelancing for $5 to $50 an article and offered $500 to $2,000 monthly packages with clear deliverables for legitimate businesses that were looking to establish themselves and attract business with content. My client base for my company TrepRep went from a hundreds to a handful, but it was a move I needed to make. These packages ended my struggle for per-hour income and allowed me to bring in other people in to help with projects, including another writer and a personal assistant. This helped me grow something beyond a job.

This shift in mindset and the way I approached providing my services resulted in more than doubling my monthly income for the next five months, and I’m finally confident that I’m growing something more than just a bad job for myself.

How to Deal With 4 Types of Impossible Clients

How to Screen Freelance Writers

If you’re stuck in a bad self-employment situation, fire yourself and start building something that doesn’t require you to trade dollars for your hours. Build something bigger.