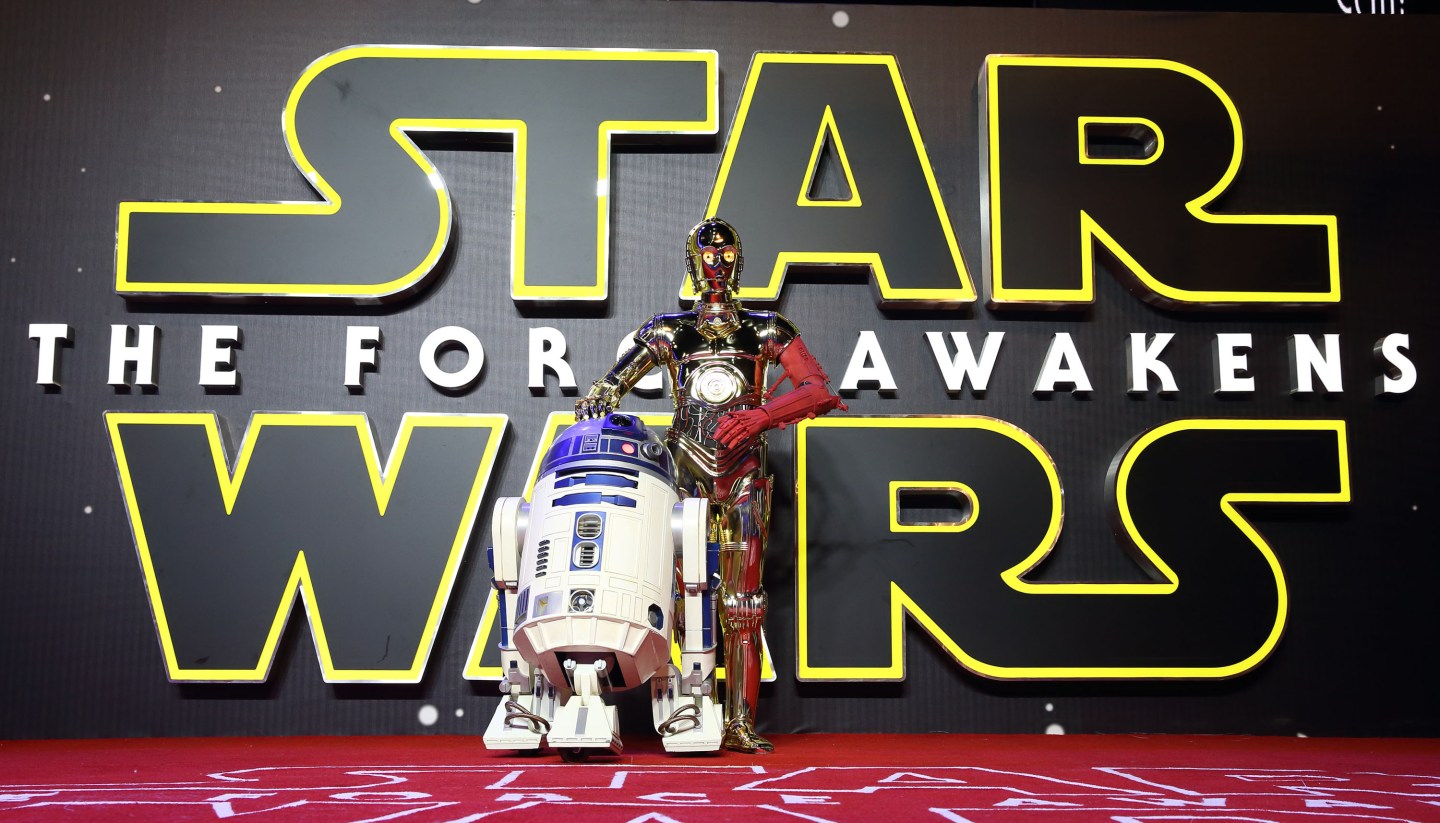 Its long reign is over.

After four weeks atop box office charts, Disney’s (DIS)Star Wars: The Force Awakens has ceded first place to Universal’s Ride Along 2. The comedy sequel picked up a leading $34 million across 3,175 venues and $39.5 million over the four-day Martin Luther King weekend. The space opera slid to third place with $25.1 million for the three days and roughly $30 million for the four-day period. It has earned $851 million stateside and $1.86 billion globally.

Fox’s (FOX)The Revenant was bolstered by its strong showing at the Oscar nominations on Thursday when the wilderness epic picked up a leading 12 nods, including ones for Best Picture and for the performances of stars Leonardo DiCaprio and Tom Hardy. The story of a fur trapper seeking revenge racked up $29.5 million over the three days.

Its domestic total stands at $87.7 million and it should pull in $34 million over the holiday. New Regency financed the ambitious film, which battled production delays, crew defections, and a budget that ballooned from $90 million to $135 million, to emerge as an awards season winner.

Paramount’s (VIAB)13 Hours: The Secret Soldiers of Benghazi flirted with political controversy, drawing a rebuke from a CIA spokesman, will pulling off a solid $16 million opening over the three days. The $50 million production will do an estimated $19 million over the holiday. It screened at 2,389 locations. The 2012 attack on the American diplomatic compound in Benghazi, Libya ,resulted in the killing of U.S. Ambassador J. Christopher Stevens. Critics in the Republican Party have faulted the Obama administration for its response to the attack and for not being forthcoming about warnings it received that the compound might have been in danger.

Lionsgate’s (LGF)Norm Of The North pulled in $6.7 million from 2,411 locations. The animated film about a polar bear who is displaced from his Arctic home and makes his way to New York City, should do $8.8 million worth of business over the four-day span.

The Revenant wasn’t the only Oscar nominee to enjoy a bump. Fox Searchlight’s Brooklyn saw its receipts climb 51% to $2 million from 687 theaters, bringing its total to $25 million. Fellow Best Picture nominee Room saw its revenue spike up over 500%, topping out at $893,357 for the weekend from 293 locations.