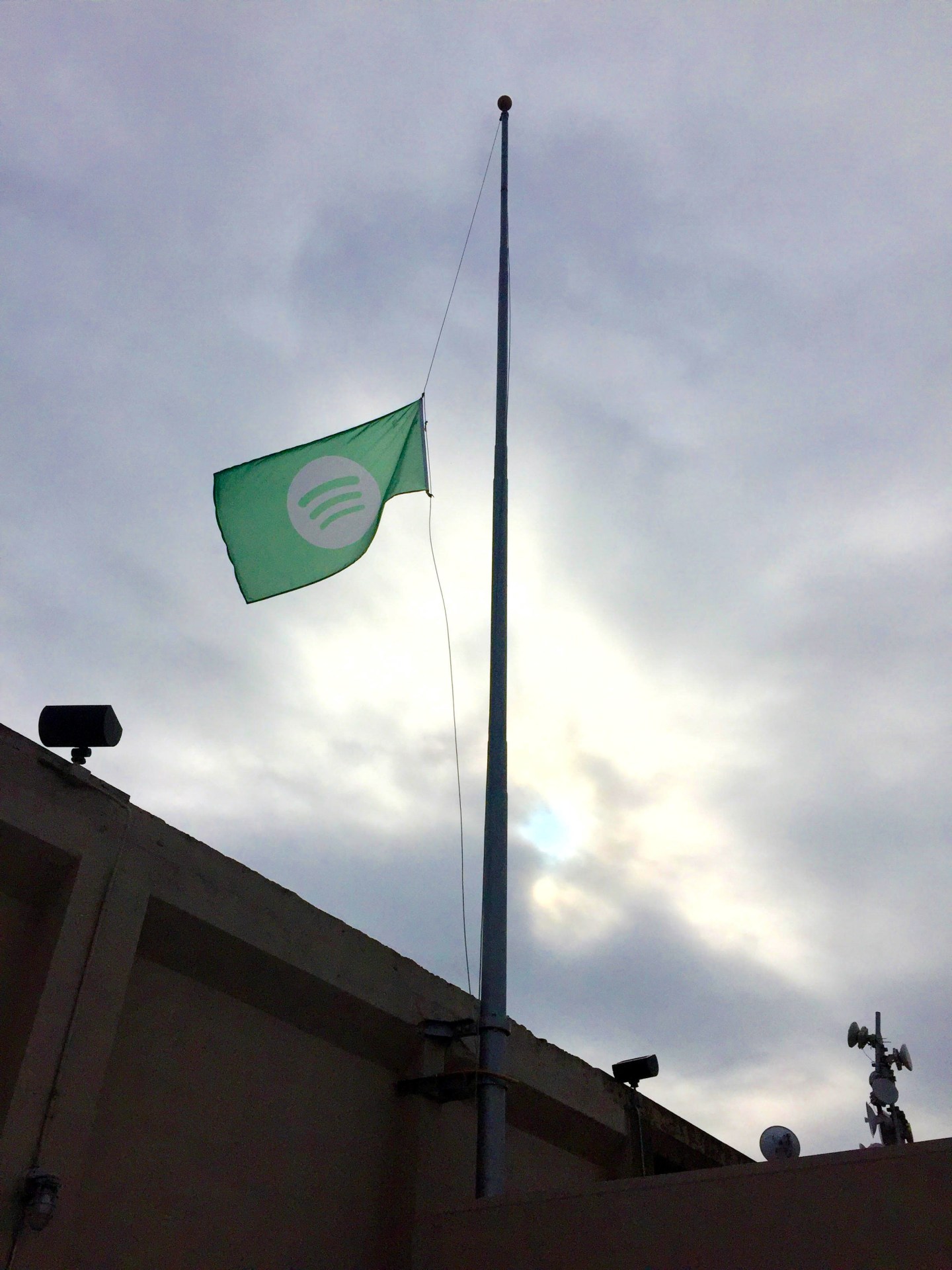 Music streaming company Spotify is flying it’s company flag at half mast in honor of David Bowie’s passing, a company spokesperson has confirmed.

The singer, who died on Sunday at the age of 69 from cancer, was revered by fans of all ages for his musical innovations and his ever-changing public image, which grabbed headlines challenged social mores.

He was also a force to be reckoned with in the music industry, as he was not only a best-selling artist, but also a forward-thinking businessman. He was an early adopter of the Internet as distribution mechanism for music, and predicted the decline of record industry long before many others saw the writing on the wall.

One of Bowie’s more famous musical innovations was the so-called “Bowie Bond.” The singer sold the rights way back in 1997 in to his music royalties to Wall Street investors in the form of a bond backed by the residuals he received from the sale of his albums.

Bowie’s death has also sparked a renewed interest in his music. Spotify says that streams of his songs increased 2700% on Monday, the day after his death.