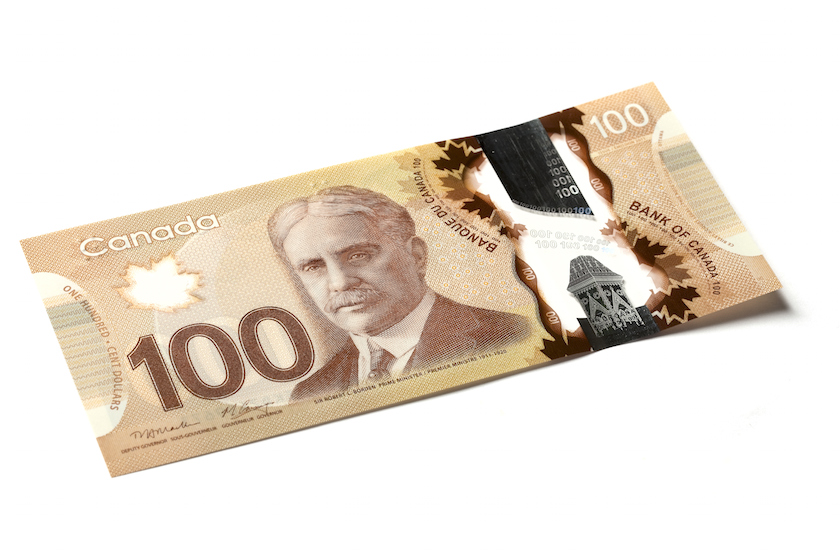 Counterfeiters aren’t even trying to fake the Canadian dollar anymore.

The report came as the country’s currency fell to its lowest point in 13 years, with a Canadian loonie worth less than 70 cents in U.S. money. Canadian authorities attributed the disappearance of fake bills to the country’s switch to printing plastic money instead of paper in 2011.

Canada’s new polymer banknotes, which also feature security holograms and unique texturing, are harder to fake, according to the CBC report.

But as the Canadian dollar loses value, the country’s authorities are bracing for another funny money problem: More counterfeit U.S. currency, which tends to flood in when it has a better exchange rate against the loonie, CBC noted. The U.S. dollar, which some Canadian merchants accept, is now worth about $1.45 Canadian.