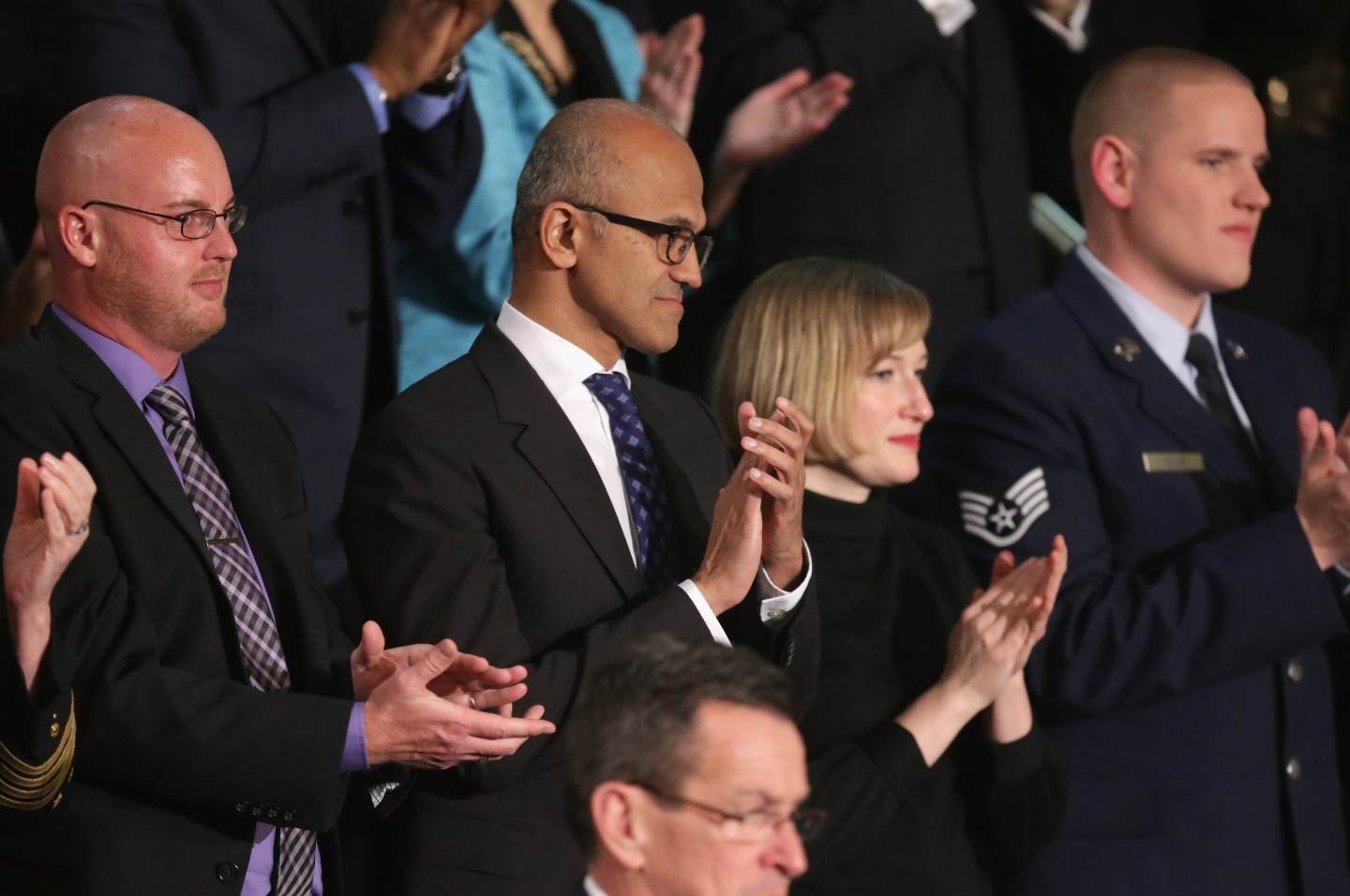 In case anyone was wondering why Satya Nadella kept popping up on their TV screen during last night’s State of the Union address, the Microsoft CEO was in attendance as a guest of Michelle Obama.

Nadella was one of several special guests to join the First Lady for President Obama’s final State of the Union address of his presidency. As has been the case in the past, the guests were selected to highlight certain issues of importance to the Obama administration, from criminal justice reform and alternative energy to same-sex marriage and advocacy for veterans.

According to a White House press release, the Microsoft (MSFT) CEO was selected 0n account of his company’s push for improved technology education. Microsoft is a supporter of Teach.org, a campaign for recruiting teachers, and Nadella said in September that Microsoft would pledge $75 million over a three-year period to promote computer science education in schools.

In his address last night, Obama highlighted his administration’s efforts to improve science, technology, engineering, and math (STEM) education in America, noting that his goals for his final year in office include giving more students the opportunity to learn how to write computer code.

The White House also noted Microsoft’s recent move to expand its paid leave benefits for new parents, which is another issue the Obama administration has highlighted in the past.