What Obama’s SOTU Should Say About Personalized Medicine 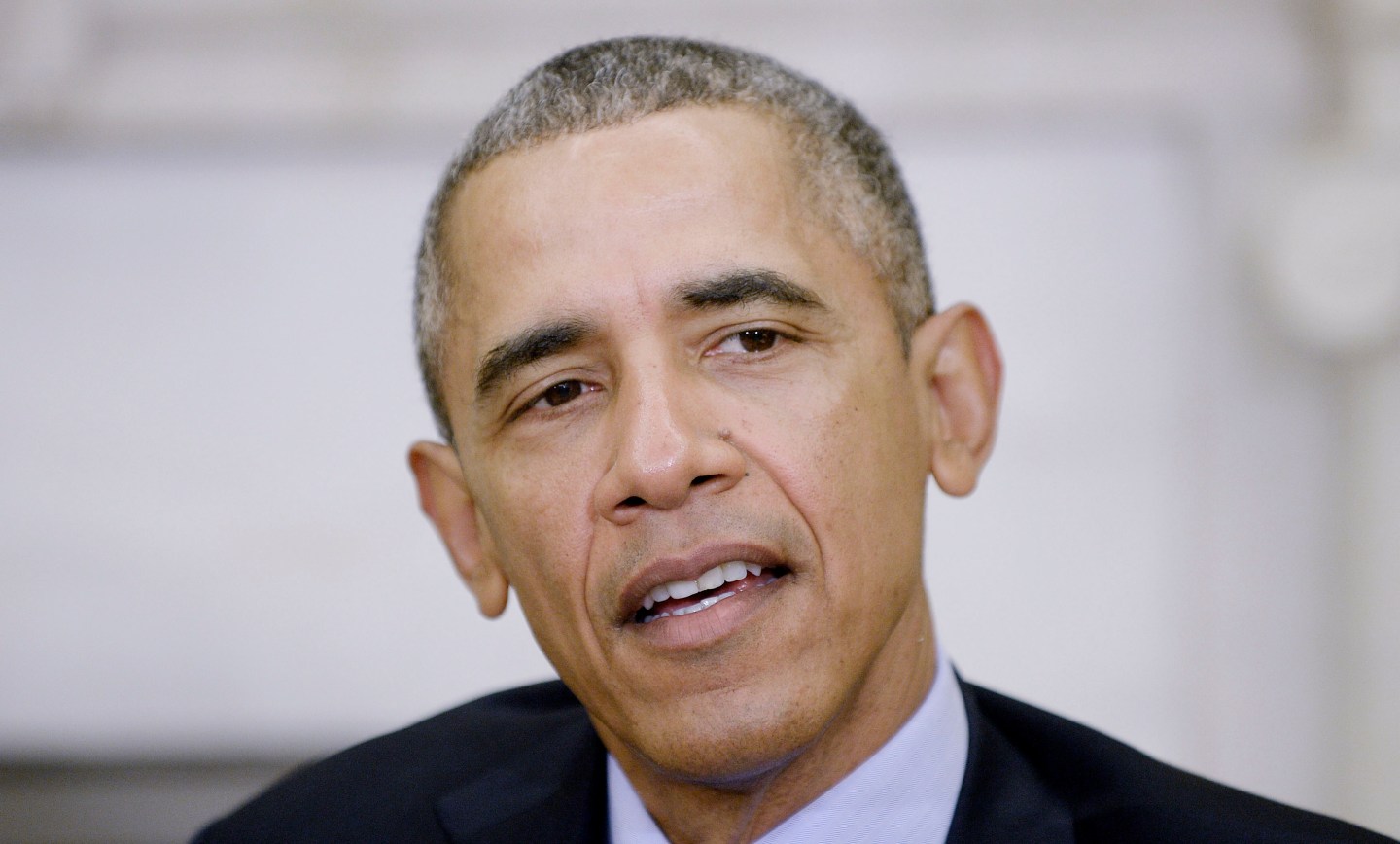 WASHINGTON, DC - NOVEMBER 9: (AFP OUT) U.S President Barack Obama speaks as he meets with Israeli Prime Minister Benjamin Netanyahu in the Oval Office of the White House November 9, 2015 in Washington, DC. This is President Obama and Israeli Prime Minister Netanyahu first meeting since relations deteriorated over a nuclear deal between world powers and Iran. (Photo by Olivier Douliery-Pool/Getty Images)
Photograph by Getty Images

In last year’s State of the Union address, President Obama introduced an initiative to advance precision medicine — an approach to healthcare that offers the promise of diagnosing, preventing, and treating disease, guided by a patient’s own biological profile and the medical industry’s growing knowledge about the genetic roots of disease. Precision medicine could revolutionize medical care. Also, it could either wreck or save the finances of our America’s healthcare system.

Biomedical data is the cornerstone of precision medicine — the more we know about a patient and her disease, the more precisely providers can target a personalized treatment. In his final State of the Union address tonight, President Obama is expected to discuss the creation of a national database of genetic and medical information — voluntarily supplied by 1 million Americans — that will fuel research on the genetics of cancer, cystic fibrosis, and other diseases. Paralleling this federal effort, institutions across the country are creating biomedical databases to help them better understand how their patients’ genetic variations cause — or prevent — illness.

The cost of these systems is significant, but history shows these investments pay enormous dividends: The Utah Population Database managed by the University of Utah, for example, has spurred dozens of discoveries, including the BRCA1 breast and ovarian cancer gene, a common colon cancer gene, the long QT cardiac arrhythmia gene, and the p16 melanoma gene. These kinds of discoveries enable us to think about preventing diseases that once seemed inevitable, and are giving new hope to millions of people.

In fact, paying for these systems is nowhere near the biggest economic hurdle health systems face in bringing precision medicine to fruition. The more vexing question is this: How will patients and insurers pay for the precisely targeted treatments that are the fruits of this emerging medical revolution? It’s a question that few researchers or policymakers — including, I believe, President Obama — have taken on. That’s a problem because the exquisitely effective therapies researchers are creating could bankrupt the U.S. health care system. Prescription drug costs jumped 12.2% last year, fueling continued increases in health care costs overall, despite considerable containment in other areas. New drugs like Kalydeco, which treats the underlying genetic cause of cystic fibrosis at an annual cost of $300,000, or Keytruda, which appears to have checked Jimmy Carter’s cancer and costs $12,500 a month, can overwhelm healthcare payers, forcing them to choose between rationing treatments and going bankrupt. As a result, the nation faces not just a therapeutics divide — where only the wealthy can afford to be cured — but the possibility that precision medicine-based care will be available to no one, because manufacturers have no viable market.

The growing success of precision medicine will only increase the magnitude of this problem, as genomic discoveries create new — and often expensive — treatments for a widening spectrum of diseases. That’s why the promises of precision medicine won’t be realized until policymakers and health systems learn to wring every bit of value from the process of researching, developing, and using new therapeutics. Pharmaceutical and medical device companies, hospitals and doctors, and payers are sitting on huge troves of data that could enable providers to squeeze much more benefit from the trillions spent on diagnostics and treatments each year. This data is locked away in information silos or, in certain cases, deliberately not gathered. Yet it wouldn’t take herculean effort to turn the data into productive knowledge that helps us redirect spending away from treatments that don’t deliver meaningful patient benefit in proportion to their cost. Those dollars would be directed to high-value investments in precisely targeted, highly effective therapies.

To make precision medicine affordable, it must treat the right patient, with the right therapy, at the right time, at the right cost. To hit that mark we must take three specific steps to leverage the wealth of data at our fingertips.

First, we all must hold the pharmaceutical industry to the same standard of value as patients are coming to expect of the rest of the health care system. Policymakers mandate that formal value testing be part of all clinical trials, along with standard testing for safety and effectiveness. Value testing would evaluate a treatment’s cost in terms of improvements in patient outcomes such as longer life, reduced complications and side effects, and enhanced daily function. Why is this important?

Companies too often push new treatments that offer only marginally improved outcomes at high cost. For example, many new cancer therapies cost more than $100,000 a year and enter the market without proof that they lengthen patients’ lives. Companies can do this, in part, because federal agencies don’t require long-term outcome data on new therapies, and allow clinical trials to set short-term or limited-relevance criteria for success. Worse, the federally sponsored Patient-Center Outcomes Research Institute (PCORI) forbids the researchers it funds from even addressing cost as a relevant factor. Going forward, every clinical trial should be required to determine value. Health economic data that quantify the value of new treatments should be made public. And restrictions such as those on PCORI-funded research should be reversed.

Second, providers must proactively identify patients who will not benefit from — or be harmed by — specific treatments. The little-known truth is that many patients don’t benefit from treatments they receive. With cancer treatments, for example, the no-benefit rate is commonly as high as 85%. This is because one patient’s disease may have arisen from a subtly different genetic variation than other patients’ disease.

Third — a natural extension of the first two steps — policymakers must create an economic model where drug developers are incentivized to share their data on the clinical characteristics of patients who will and who will not benefit from each drug. The new economics of precision medicine must include commercialization of the laboratory tests —called “companion diagnostics”— that help to differentiate these two categories of patients. No longer should pharmaceutical firms be rewarded for marketing drugs to broad populations of patients — most of whom will not benefit from the treatment — solely to recover their research and development costs.

We must undertake these three linked steps now, before a full-blown therapeutics-cost crisis impedes the pace of discovery and development.

Vivian Lee is a radiologist and CEO of the University of Utah health system, home to the Utah Population Database and the Utah Genome Project.