This For-Profit Educator Is Thinking About Selling Itself 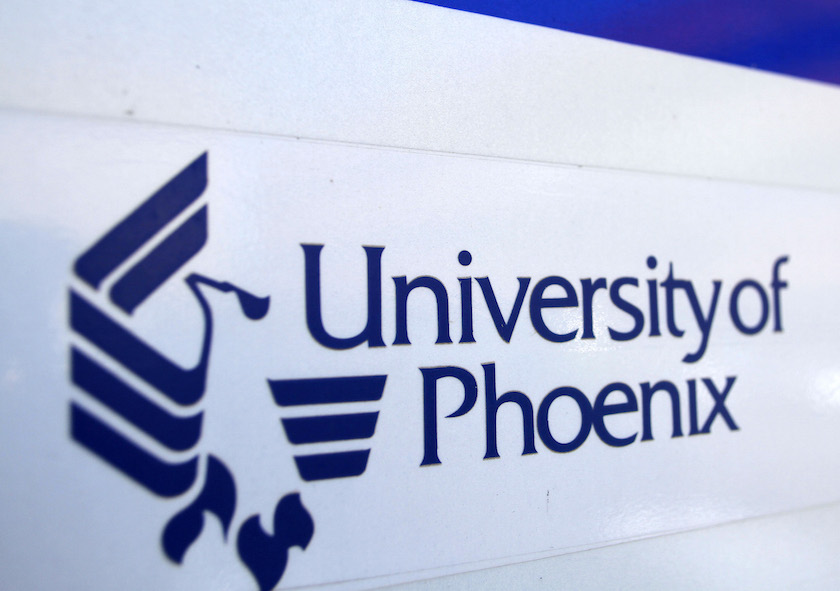 The logo for the University of Phoenix, part of Apollo Group Inc., is displayed on a sign in Phoenix, Arizona, U.S., on Wednesday, Oct. 14, 2010. Education stocks plunged after Apollo Group Inc., the biggest education company by enrollment and operator of the University of Phoenix, withdrew its forecast for fiscal 2011 citing regulatory scrutiny and a possible 40 percent decline in new students. Photographer: Joshua Lott/Bloomberg
Photograph by Bloomberg via Getty Images

For-profit education provider Apollo Education Group, owner of the University of Phoenix, said it was considering selling itself, after years of declining enrollments.

Apollo (APOL) was valued at $714 million before its shares spiked as much as 17% on Monday after the company said it was in talks that could lead to a change of control.

Apollo and rivals such as DeVry Education Group (DV) and ITT Educational Services (ESI) have faced tougher regulation since a series of government investigations in 2010 revealed low graduation rates and poor job prospects for graduates, who were also burdened with high student debt.

Stricter funding rules from the Department of Education have also squeezed federal tuition aid, which has been a major source of revenue for the for-profit education providers.

The Department of Defense put the University of Phoenix on probation in October, barring it from recruiting students on military bases or using federal money to fund tuition.

The decision followed investigations by the Federal Trade Commission and the state of California, which are ongoing.

The FTC, in July, demanded information about the university’s marketing and advertising techniques, which it said may have been deceptive.

The California Attorney General’s office issued a subpoena in August, seeking information on recruiting of military and National Guard personnel and the use of military logos and emblems in marketing.

Apollo’s stock, which traded as high as $7.70, lost more than three-quarters of its value in the past 12 months.

Under pressure at home, Apollo has been focusing on expanding its international operations through Apollo Global, which provides education programs outside the U.S.

Apollo, which bought Germany-based education provider Career Partners for about $105 million in December, said on Monday it expected Apollo Global’s revenue to grow by 20% in 2016. The unit contributed about 15% of Apollo’s total revenue in 2015.

The company also reported a drop in revenue for the 18th straight quarter as new degree enrollments at Phoenix fell 38.1%.

Barclays and Credit Suisse are acting as financial advisers to Apollo as it considers its options, while Sullivan & Cromwell are providing legal advice.