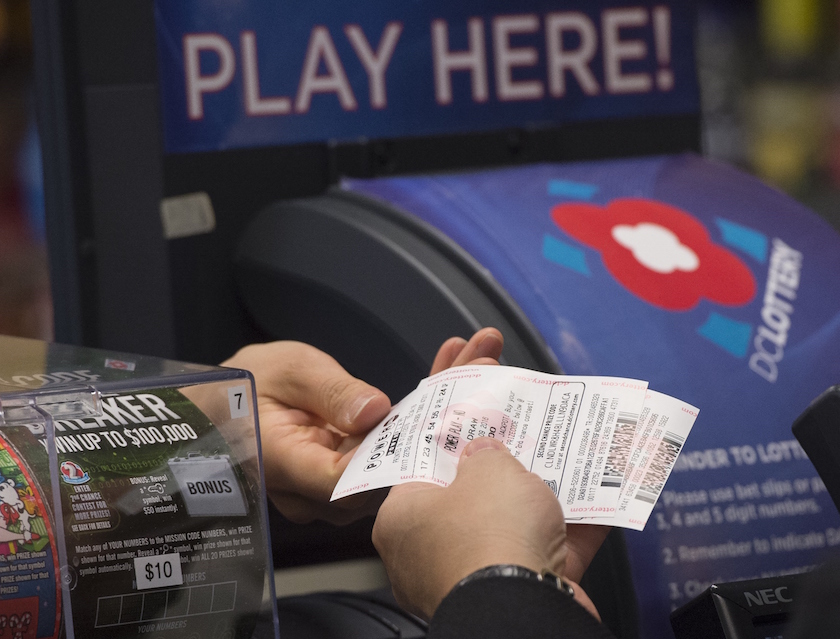 When no one stepped forward to claim Wednesday night’s Powerball winnings, the jackpot grew to a record $700 million. If someone gets lucky during Saturday night’s drawing, it will be the largest lottery win in U.S. history. Here’s what that money could buy you:

View from a private island in the Maldives.Photograph by Rubina A. Khan — Getty Images

Renting is for chumps. With your winnings you can buy a home. In fact, you can buy the world’s most expensive home—Chateau Louis XIV. The “haute-couture” villa, located just outside of Paris, was recently purchased by a Middle Eastern buyer for a world record $301 million. He might have just finished moving in his things but could be convinced to move them right back out if you double his offer. If you’re trying to be more economical with your winnings, you can buy a couple of private islands and still have more than half the pot left over.

A model of the supersonic business jet.Bloomberg Bloomberg via Getty Images

We all dream of traveling the world, and you’d be able to do it much more quickly with a supersonic jet. The aircraft travels faster than the speed of sound, and with its reasonable $120 million price tag you can even buy a few for friends and family.

Honestly, you still wouldn’t be able to afford any high-profile teams. But someone has to own the Tampa Bay Rays, and for $625 million that could be you. Or instead of blowing all your money on a single baseball team, you can collect soccer teams like trading cards. (American soccer—let’s not get crazy.) According to Forbes, the average cost of an MLS team is currently $157 million. It could be a pretty good investment considering that number increased by 52% in just two years, and the sport appears to be gaining traction in the U.S.

A Lot of Food

The world’s most expensive cheeseburger costs $2,000, and you’d be able to eat it for dinner 350,000 nights in a row. But since you probably won’t end up making it to 958 years old (especially with that diet), you might as well splurge on a $25,000 ice cream sundae for dessert every once in a while.

The national debt is currently at about $18.8 trillion (and rising). If you donated your lottery winnings for the good of your country, you could help out the government with just under 0.004% of the deficit.

Of course a $700 million jackpot does not actually translate into $700 million in your pocket. You can choose to receive 30 payments over 29 years or get a lump sum of cash. Either way, it’ll be less than the advertised number—a lot less. On the one in a 292.2 million chance that you win and choose the one-time payment, you’ll walk away with $428.4 million … before taxes. Your winnings are then subject to a 25% federal tax, leaving you with $321.3 million if you’re lucky enough to live in a state that won’t tax you on top of that.