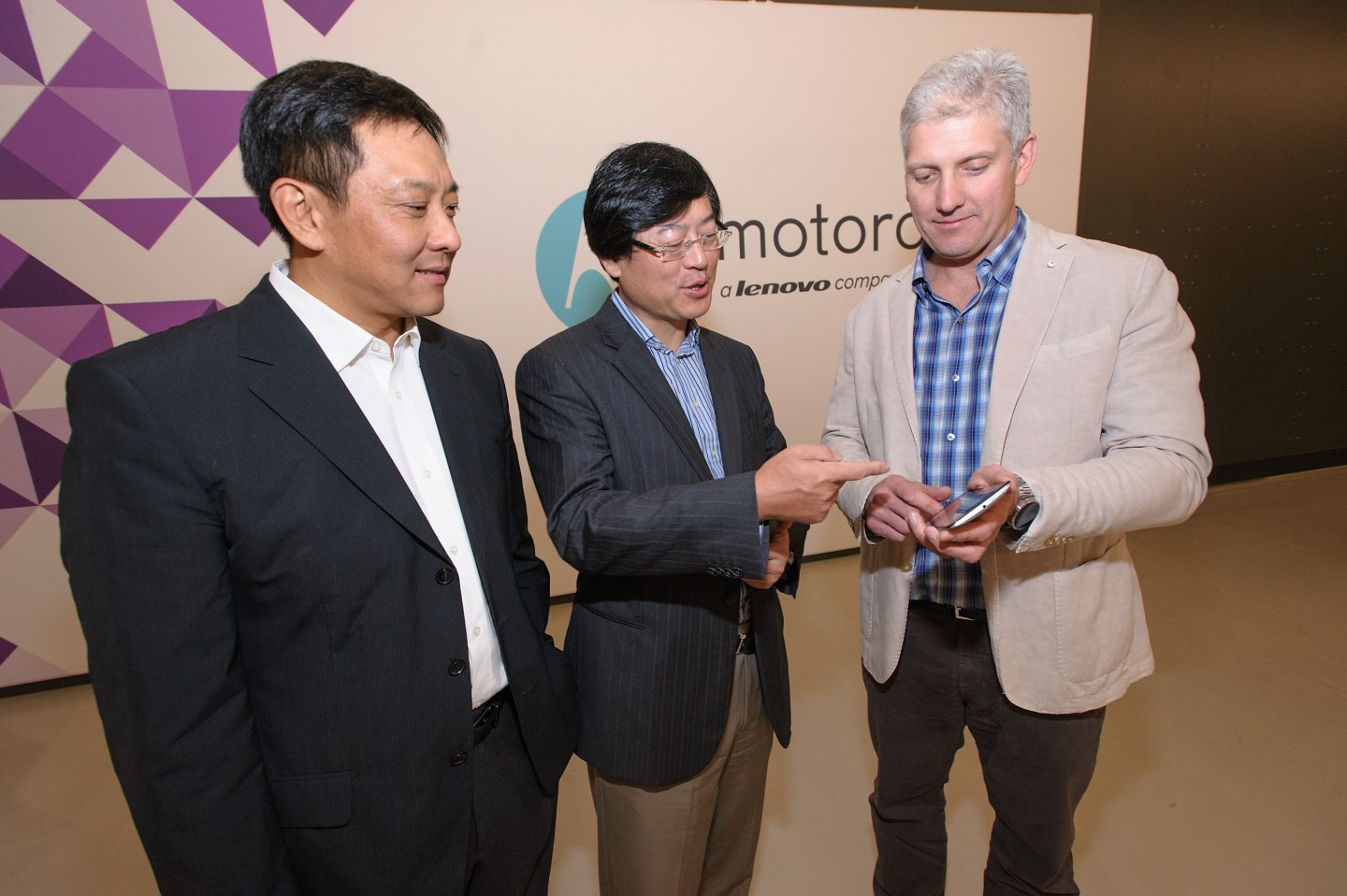 The Motorola brand name, at least as it pertains to mobile phones, soon will be replaced with “Moto by Lenovo,” Motorola Mobility CEO Rick Osterloh said Thursday in an interview with CNET. Lenovo—the world’s largest PC maker—purchased Motorola Mobility from Google in 2014. (The other half of the original Motorola, telecom provider Motorola Solutions, remains publicly traded.)

All is not lost, however, as the Motorola name will remain as a corporate division under Lenovo. In other words, instead of referring to new products as “Motorola Moto X Pure Edition,” the shift in branding would translate into “Moto X Pure Edition by Lenovo.” It’s a subtle change, but an undoubtedly sentimental one for some.

According to CNET, the Moto name will be reserved for high-end smartphones, with Lenovo’s Vibe smartphone line targeting the low end of the market in the sub-$100 segment.

A Motorola (MSI) spokesperson told Fortune the name would still live on but the company would “really emphasize the Moto and Vibe family names” with future products.

Lenovo (LNVGY) announced in August that Motorola was taking control of the company’s faltering mobile division amid declining sales and smartphone market share. The move made sense, given Motorola’s years of experience and expertise in the mobile industry. Lenovo posted its first quarterly loss for the first time in six years due to restructuring costs.

As for the Vibe line making an appearance in the U.S. market, don’t expect it to happen this year.