Can Motorola save Lenovo from itself? 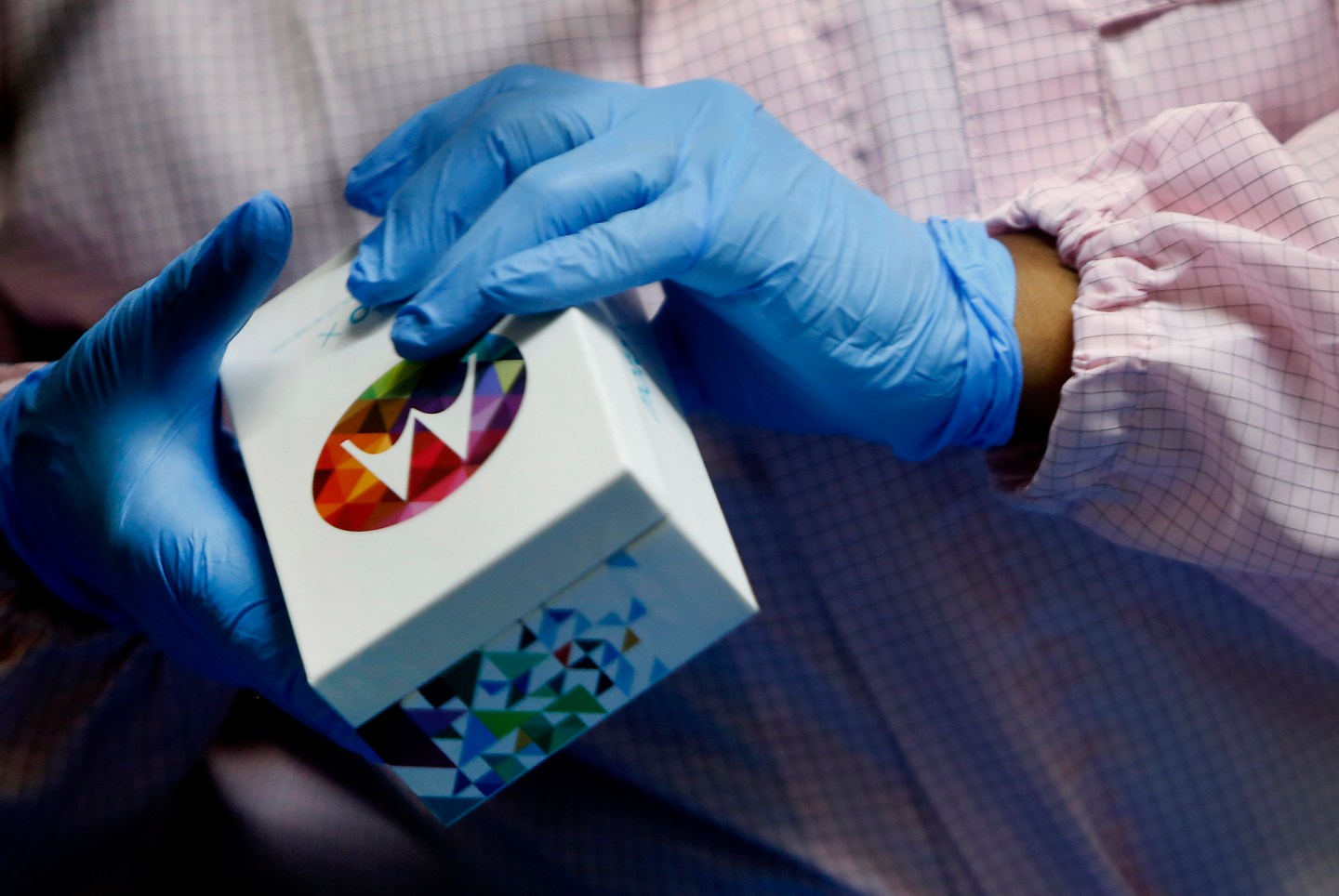 An employee holds the box of a Motorola Solutions Inc. Moto X smartphone at the Flextronics International Ltd. factory in Fort Worth, Texas, U.S., on Tuesday, Sept. 10, 2013.
Photograph by Getty Images

As Lenovo (LNVGY) attempts to turnaround its earnings—and stem losses due to falling PC sales and slowing smartphone demand—the company has decided to lean on Motorola.

On Thursday, the company released its first quarter earnings report, and things aren’t looking so hot. The company’s revenue was up slightly, but net income was down 51% compared to the same quarter last year.

In response, the company is taking “decisive action,” which includes giving Motorola Mobility controlling reigns of its smartphone division and cutting about 5% of its workforce. According to a company press release, moving forward, Lenovo will “rely on Motorola to design, develop and manufacture smartphone products.”

The revamp should come as no surprise, since the smartphone maker sold only 16.2 million smartphones last quarter, with Motorola seeing a 31% decline in unit sales to 5.9 million units. The bad news doesn’t stop there either; the company is now the fifth largest smartphone vendor worldwide, down one spot from the previous quarter.

Looking back at Motorola’s flagship announcement in July, it’s clear now that the writing was on the wall. Motorola’s carrier-free approach was the first step in an effort to embrace its new role within Lenovo (after being acquired in 2014), and streamline its product offerings across the board.

The promotion of Motorola within Lenovo’s ranks is a wise move. Motorola has years of experience and knowledge behind its products (especially here in the U.S.), despite recent struggles. Perhaps now with more responsibility and—more importantly—control over its future, the company can begin to once again spread its (bat)wings.