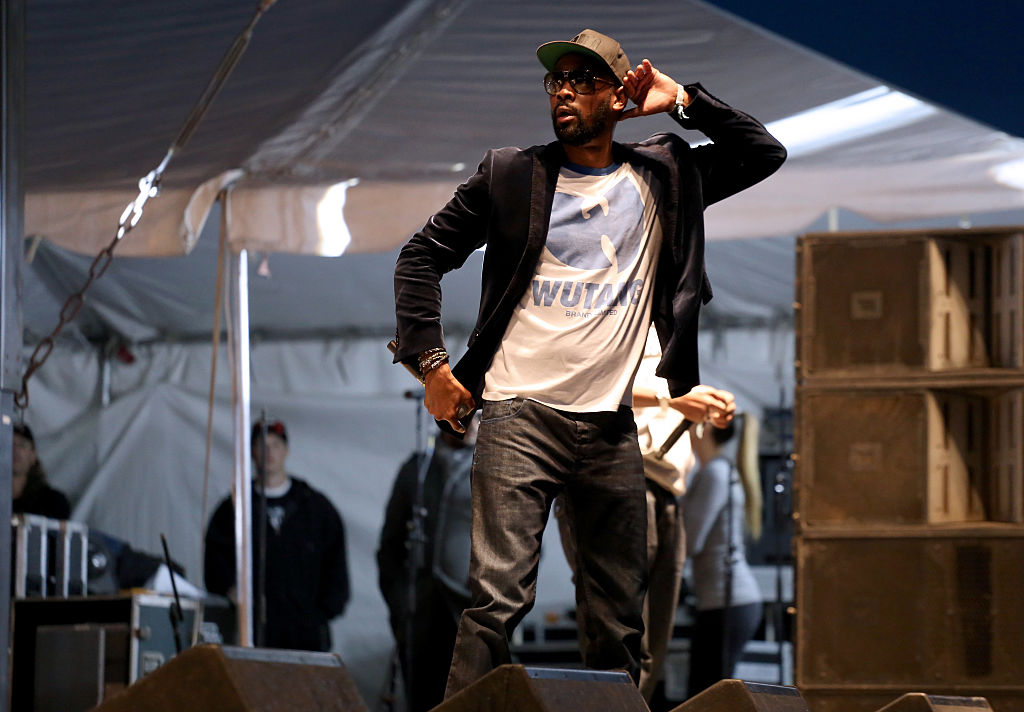 <> at Downsview Park on September 20, 2015 in Toronto, Canada.
Photograph by Isaiah Trickey via Getty Images

De facto leader of Wu-Tang Clan and rapper, RZA, isn’t worried about the fate of the group’s album “Once Upon a Time in Shaolin,” which was sold to disgraced pharmaceutical executive Martin Shkreli for $2 million.

“He bought it, he can do what he wants,” RZA told Bloomberg News as part of an interview that will air on the program “With All Due Respect” at 5 p.m. Wednesday night.

The comments are a softening of previous statements by RZA that have distanced the band from Shkreli and joked about stealing the album back. (The Bill Murray heist clause was officially debunked.) The sale of the exclusive rights to the music was completed in May, long before Turing’s drug pricing scandal and Skreli’s arrest on charges of securities fraud. RZA said that the deal is done, though the band has committed to giving a portion of the proceeds to charity.

“Art, the beatiful thing about art, from my standpoint, is that it has no discrimination,” said RZA. “What we’ve don is historical, and you can’t remove that.”

RZA went on to say that he hopes Shkreli does “something really cool” with the album rather than keep it hidden, such as releasing it publicly or touring it through museums.

Shkreli captured headlines after his company Turing Pharmaceuticals raised the price of life-saving treatment Daraprim by over 5,000%, which restricted access and left sick people without the medication they needed. Separately, Shkreli was arrested on charges that he diverted cash from his former drug company Retrophin to pay off losses from his previous hedge fund worth more than $20 million. Following his arrest, he resigned as CEO of Turing and was fired as CEO of KaloBios, a biotech company that he had taken over only a month prior to his exit.

Shkreli lashed out at Wu-Tang for distancing themselves from him in the wake of the various scandals, telling website HipHopDX, “If I hand you $2 million, f–ing show me some respect.”

The fate of the album remains in flux given Shkreli’s recent arrest. There’s still a possibility that the album could be seized, and the Brooklyn U.S. Attorney Robert Capers is pushing to take “any property, real or personal” that was bought with illegal funds, reported Bloomberg. Such a seizure would mean the album could go up for a second auction.