New York City Public Workers Are Getting a $15 Minimum Wage 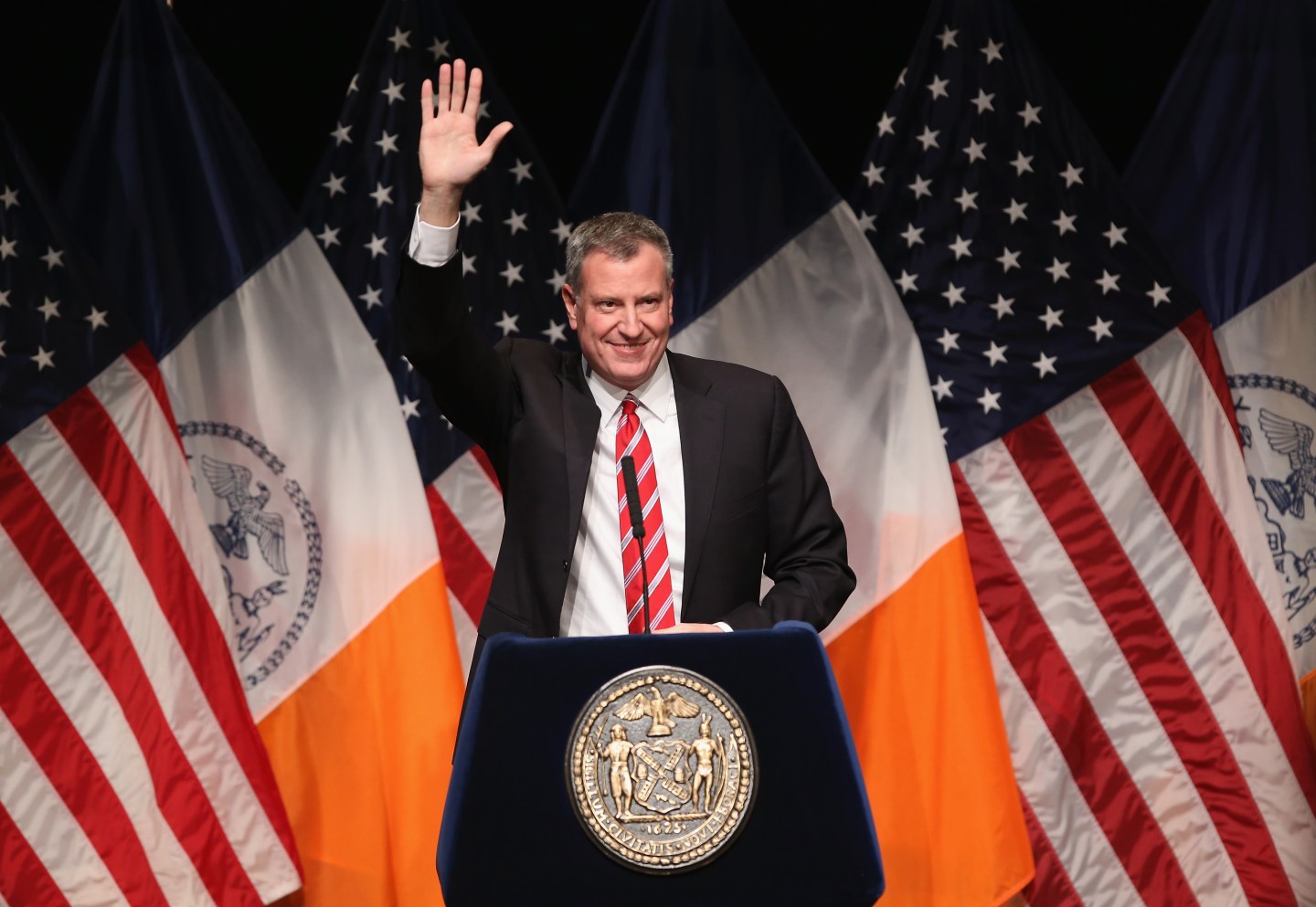 NEW YORK, NY - FEBRUARY 10: New York City Mayor Bill de Blasio waves as he gives the State of the City address at La Guardia Community College on February 10, 2014 in the Long Island City section of the Queens borough of New York City. In his first address as Mayor of New York de Blasio plans to outline his vision for fighting the widening income inequality gap and intends to urge lawmakers to raise the minimum wage. (Photo by John Moore/Getty Images)
Photograph by John Moore — Getty Images

Ever since taking office in January 2014, New York City Mayor Bill de Blasio has tried to make good on his campaign promise to eliminate inequality in the nation’s largest city. He’s expected to take another step toward that objective on Wednesday when he announces plans to raise the minimum wage for the city’s public workers to $15 per hour by the end of 2018.

The hike will increase pay for about 50,000 city workers. Twenty thousand of those workers are unionized—such as school crossing guards. They currently earn a minimum of $11.79, according to the New York Daily News, which first reported on the hike. The other 30,000 workers are contract employees—teacher aides and family care workers—who now earn at least $11.50 per hour.

The increase is expected to cost $238 million over the next five years, and there are some experts who worry that higher wages for public workers could mean more layoffs if the economy sours.

In his first two years in office, de Blasio’s fight against inequality has included the expansion of universal pre-K, a focus on creating more affordable housing, and more paid parental leave for city employees. But he has been largely handcuffed in addressing the wages of city residents since New York State explicitly prohibits individual cities from establishing their own minimum wages. The minimum wage for New York City is $9 per hour—the same rate as the rest of the state.

As a result, de Blasio has pursued alternatives paths to raising wages. For instance, in September 2014 he signed an executive order that expanded the city’s living wage law and increased it from $13.13 from $11.90. De Blasio is able to pull off the hike he’s announcing Wednesday by simply instructing his administration to revise existing contracts with municipal unions and nonprofit groups.

De Blasio could by default get the higher citywide minimum wage he’s pushed for if Governor Andrew Cuomo’s recent call for a statewide $15 rate becomes law, but that proposal will be a tough sell in the Republican-controlled state Senate.

While the historic movement for a nationwide $15 minimum wage began in New York City when fast food workers walked off their jobs in November 2012, the wave of $15 rates that have become law in cities across the country has skipped over the nation’s most populous. Seattle was the first major city to institute a $15 minimum wage in June 2014. It was followed by San Francisco and Los Angeles.