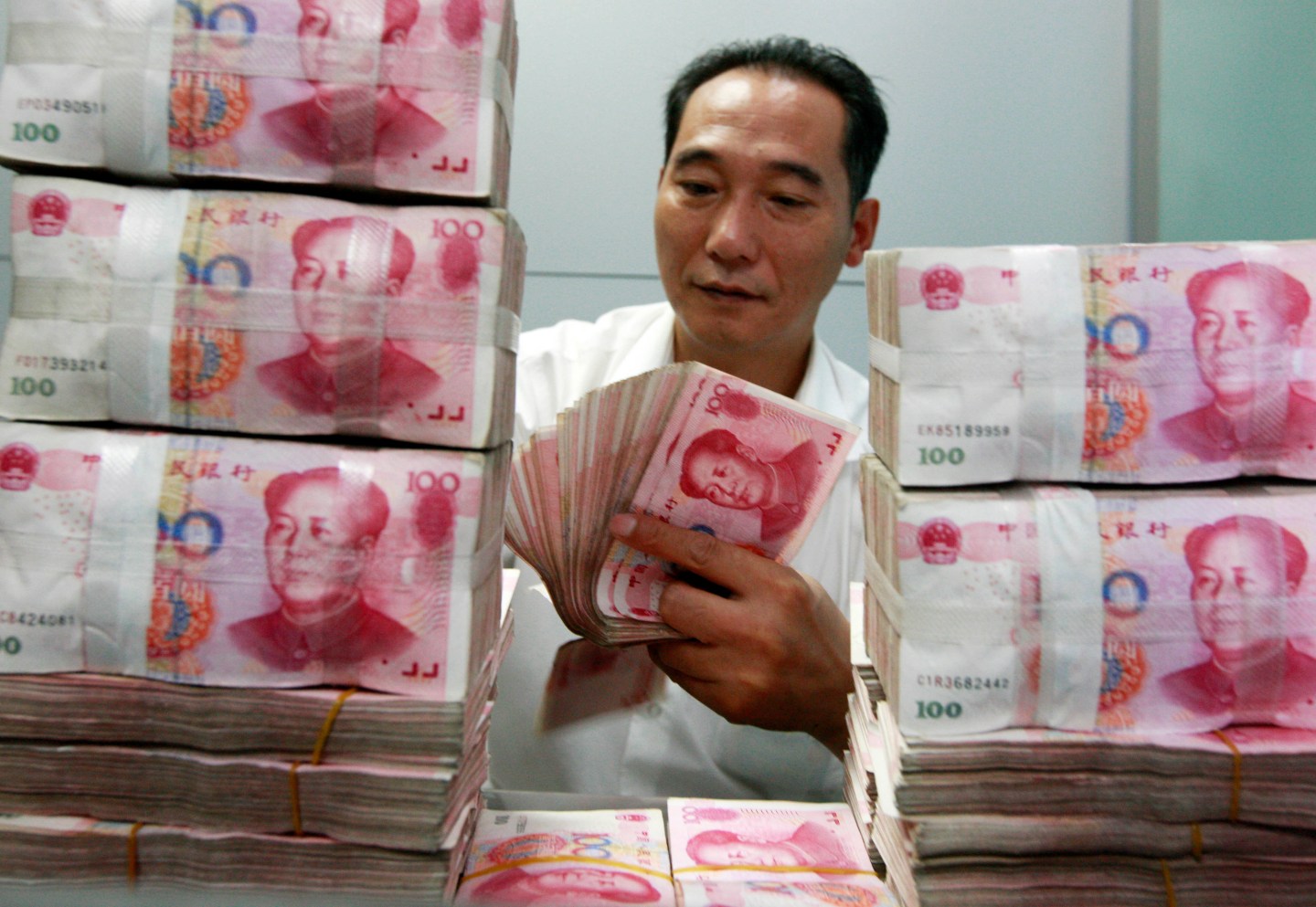 U.S. stock futures are called to open over 1.5% lower, while most major European and Asian markets have lost between 1% and 2.3%.

As was probably the intention, Pyongyang’s claim to have tested its first hydrogen bomb has grabbed most of the headlines, although many doubt the North Korean regime’s claims. In any case, this is North Korea’s fourth supposed nuke test, and the previous three have had no long-term effects on stock markets.

Much more worrying, from the markets’ point of view, has been the latest bad economic numbers from China. A decline in the Caixin manufacturing Purchasing Managers Index on Monday had spooked markets around the world with its latest update on the woes of the world’s workshop, and the Services PMI counterpart was hardly any more cheering when it was released Wednesday. Services are supposed to be China Bulls’ last great hope, but the latest PMI fell to 50.2 from 51.2 the previous month, defying expectations of an increase to 52.3 and hitting its lowest level since the summer of 2014. The composite index for the month, comprising both services and manufacturing, fell to 49.4 from 50.5. Business activity has now fallen for four of the last five months, according to Caixin and its partner, Markit.

The statistical data followed hot on the heels of some equally worrying anecdotal evidence from the world’s second-largest economy. The Japanese newspaper Nikkei reported that Apple is cutting production of the iPhone 6 by as much as 30% in the current quarter to reduce unsold inventory. Apple’s phones have become something of a bellwether for Chinese discretionary spending after a sharp rise in sales there last year.

China’s notoriously volatile stock market ended up 2% Wednesday, as the stock market regulator confirmed that a ban on sales by strategic investors, which was supposed to end on Friday, will now stay in place for another six months.

A more reliable indicator of market trends was visible in the currency market. The gap between the official, ‘onshore’ value of the yuan and the unofficial ‘offshore’ one (which is tradeable internationally) widened to an all-time high, as traders with the freedom to bet against the Chinese currency did so with increasing conviction. Even the official rate, which is tightly controlled by the central bank, fell to a new four-year low of 6.5529 to the dollar. However, the unofficial rate fell more than twice as much to 6.7195.

Until this year, traders would hardly have dared to push the yuan so far away from the official rate, but the People’s Bank of China has sent numerous signals to suggest it’s willing to let the yuan fall more freely. If that happens, the pressure on other countries to devalue against the dollar will also increase, making life harder for a U.S. manufacturing sector that is already struggling to keep up its momentum.

Elsewhere, the same theme of global economic weakness drove international crude oil futures to their lowest level in 11 years. Brent crude and its U.S. counterpart, WTI futures, are both down over 1% and are below $35 a barrel, mainly because traders now think the main consequence of the spat between Saudi Arabia and Iran will not be an all-out war, but rather a continued lack of cooperation to support oil prices.