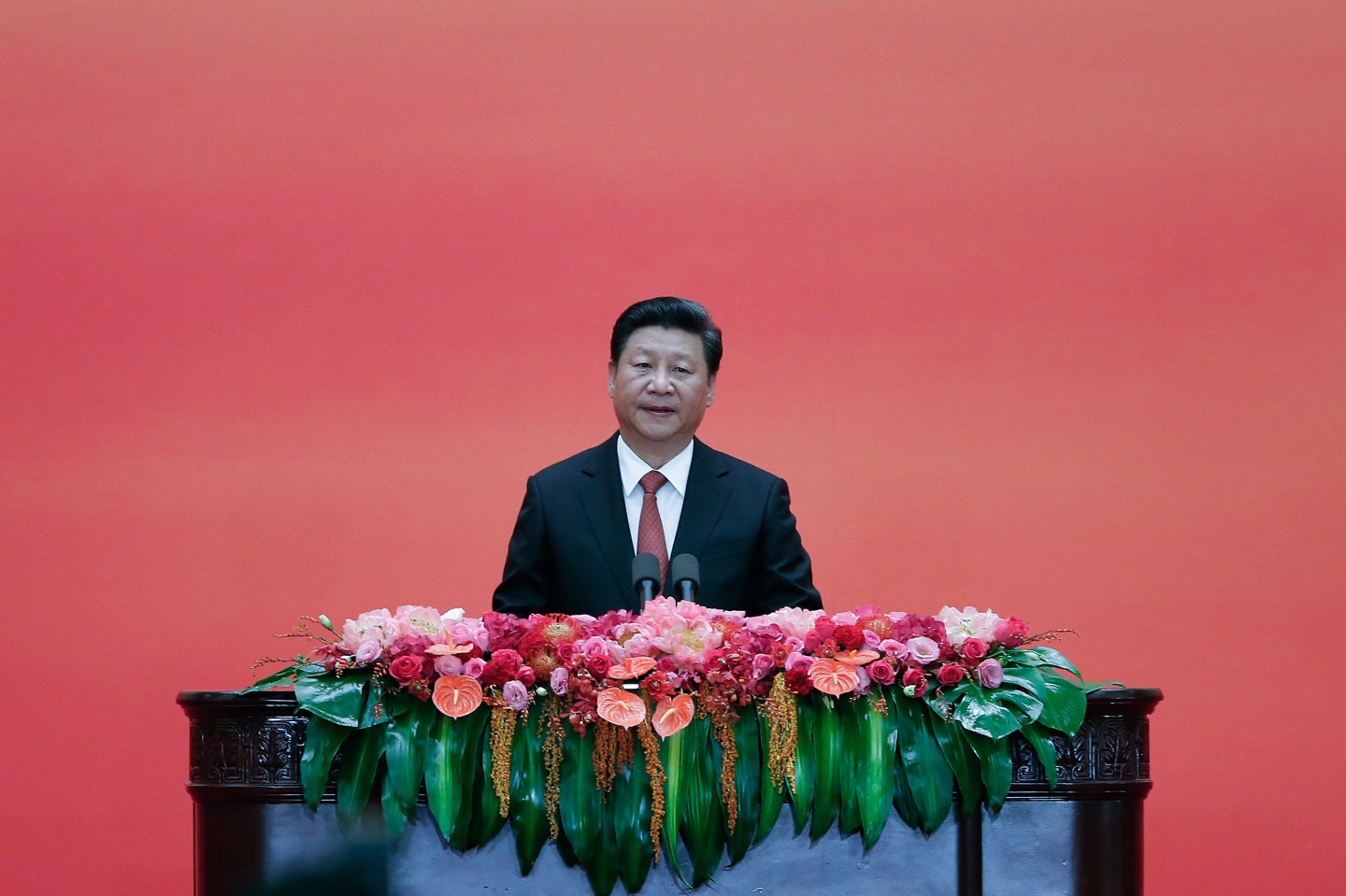 BEIJING, CHINA - SEPTEMBER 03: Chinese President Xi Jinping speaks during the Reception Commemorating the 70th Anniversary of the Victory of the Chinese People's War of Resistance Against Japanese Aggression and the World Anti-Fascist War at The Great Hall Of The People on September 3, 2015 in Beijing, China. China is marking the 70th anniversary of the end of World War II and its role in defeating Japan with a new national holiday and a military parade in Beijing. (Photo by Lintao Zhang/Getty Images)
Photograph by Lintao Zhang—Getty Images

China’s President Xi Jinping admonished the country’s top Communists that using big stimulus projects and infrastructure building to drive growth are a thing of the past.

“China cannot rely on extensive development and strong stimulus to achieve [GDP growth] targets, otherwise the country will repeat the old path, and then create new contradictions and problems,” Xi said. The remarks, although newly released, were made in October at a planning session to draft the country’s next five-year plan.

The plan has yet to be formally announced, because it first has to be approved by the country’s rubber-stamp legislature this spring. In November, one aspect of the five-year map was leaked early— the country’s annual GDP growth target of 6.5%.

Xi’s remarks are important because China has basically done the complete opposite in the recent past. In just in the past year there have been stimulus announcements of $188 billion, $11 billion in railroad projects and roughly $250 billion used to prop up stocks when they plummeted this summer. Every time a mini-crisis has popped up recently in China, the central government and or local governments have rushed to cushion the blow with either fiscal or monetary stimulus.

Xi’s new resolve will be put to the test early: an index of large Chinese companies today crashed by 7% before trading was halted in the early afternoon. Traders were said to be anticipating the end of a ban on selling by major shareholders later this week that was enacted this summer.

Xi emphasized henceforth building projects should only rely on real market demand, not government policy, which is a sentiment he’s been emphasizing since he assumed power in 2012 but one that has yet to be followed. “Risks that arise as a result of the country’s development may continue to accumulate and be consecutively revealed over the next five years,” Xi said in the remarks that were released in the Communist Party’s magazine Qiushi Journal.

Xi also highlighted China’s need to move up the value chain. Without explicitly saying it, he emphasized the need for innovation policies to help the country avoid what’s called the middle-income trap, into which economies from Thailand to Brazil have fallen as their initial competitive advantage of low wages and costs dwindled.

But Xi’s comments about stimulus are in many ways more important—he is promoting a more disciplined fiscal policy to cope with the slowing economy. The bigger question is whether Xi follows what he proposes. The country may need another potential crisis like this summer’s stock market rout to find out if his newly proclaimed fiscal discipline is for real.