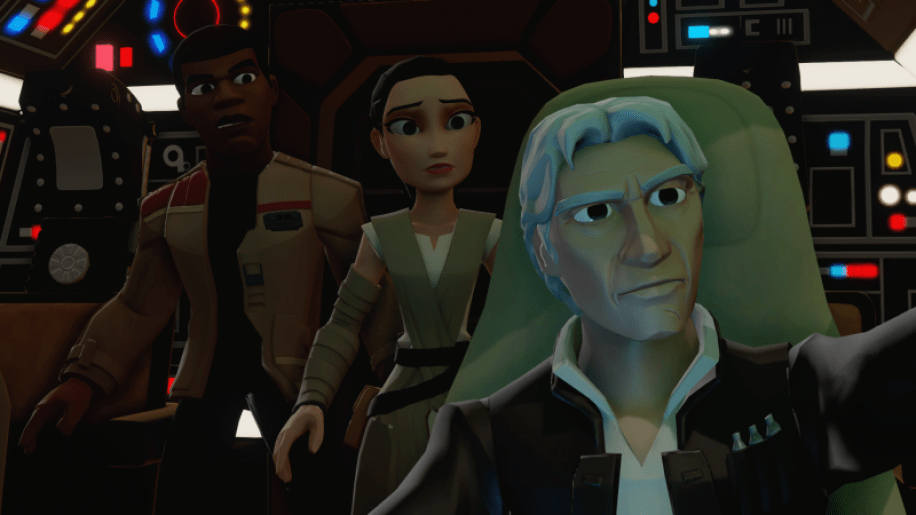 Disney’s Star Wars: The Force Awakens isn’t the only blockbuster set in a galaxy far, far away. While the J.J. Abrams film continues to break records with over $1.1 billion in global box office sales, it’s also helping the video game industry.

According to Wedbush Securities analyst Michael Pachter, Electronic Arts (EA) sold approximately 6 million Star Wars Battlefront games in November and an additional 6 million in December. With an average retail price of $55 for November and December combined, Pachter believes the first game in a long-term licensing deal with Lucasfilm has generated approximately $660 million in revenue.

Evan Wilson, senior research analyst at Pacific Crest Securities, estimates that EA sold as many as 13 million copies of Star Wars Battlefront, although he believes most of those sales came before the movie was released. And many of those sales were at a discounted price.

EA’s game is set within Episodes IV-VI, which covers the original trilogy in George Lucas’ saga. Although there’s free downloadable content for the game set on the planet Jakku from The Force Awakens, the action takes place right after the Return of the Jedi and does not directly tie into the movie.

According to John Vignocchi, vice president of production at Disney Interactive Studios, Disney Infinity 3.0 has the console exclusive for The Force Awakens. Disney’s gaming division released a Disney Infinity The Force Awakens play set day and date with the film’s release. The game platform also has play sets based on the Disney XD Star Wars Rebels computer-animated TV show as well as the first two film trilogies.

All of that Star Wars has helped drive Disney’s bottom line. According to Pachter’s estimates, Disney has sold over $200 million of Disney Infinity Star Wars games and toys this fall. That has catapulted Disney (DIS) ahead of Activision Blizzard’s (ATVI) Skylanders franchise and the new Warner Bros. (TWX) Games’ LEGO Dimensions game in the lucrative toys-to-life category. Pachter estimates Skylanders and LEGO Dimensions each generated $150 million in sales this fall.

Vignocchi confirmed that Disney Infinity was officially the number one franchise in the toys-to-life category after a screening of The Force Awakens in Los Angeles on December 17.

“There’s no doubting that the estimated $350 million marketing budget for The Force Awakens has played a role in escalating buzz around all things Star Wars,” Nelson says.

SuperData Research CEO Joost van Dreunen says the positive response of the movie also has had a positive effect on the sales of Star Wars Battlefront, Disney Infinity Star Wars, and the various mobile titles, precisely because Star Wars is among the most recognizable franchises.

“On the licensing side, it allows Disney to demand a higher minimum guarantee as part of the various licensing agreements,” van Dreunen says.