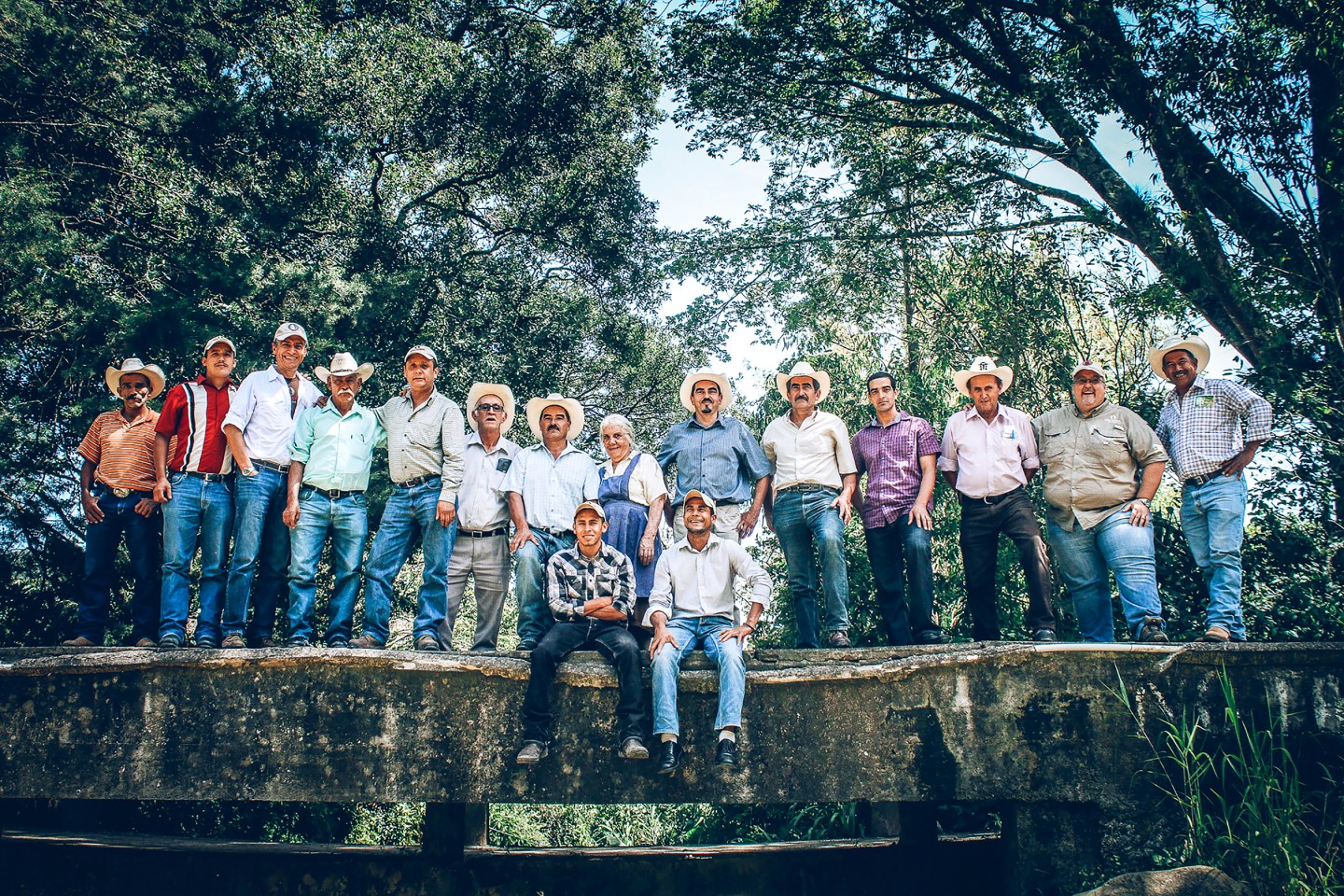 Atlanta coffee company Thrive brewed up strong results in 2015. Demand from corporate customers, including Chick-fil-A, percolated, putting Thrive on pace to generate $20 million in revenue for the year. But the four-year-old roaster doesn’t reap all the rewards. It shares half its sales with the guys at the bottom of the supply chain: the farmers who raise and harvest its beans.

When Michael Jones and Kenneth Lander started Thrive in 2011, they couldn’t understand why often-impoverished coffee farmers had to assume all the risks of planting and raising beans. Volatile commodity prices made their revenues uncertain; weather disasters routinely decimated their crops. (One reason the two were extra sympathetic: Jones’s father-in-law is a Jamaican coffee farmer, and Lander, a retired attorney, had purchased his own coffee farm in Costa Rica.) Says Lander of the traditional arrangement: “It was an injustice.”

Jones and Lander offered a dramatically better deal. Today, rather than pay the standard $1.25 per pound for unroasted green coffee beans, or even the “fair trade” minimum of $1.40 to $1.90, Thrive gives growers 50% to 75% of the sales of the finished beans on a given corporate contract. “The farmer is our partner,” says Lander.

Thrive is the latest roaster in the $26 billion specialty coffee market, the realm of higher-quality beans identified by where they were grown, to participate in what could be called fair trade 2.0. The initial version, which continues to grow as a percentage of bean sales—from 1.5% a decade ago to 6.0% last year—established minimum prices, about 15¢ a pound more than the commodity rate. Growers who meet certain labor and environmental standards are certified as fair trade. Buyers also pay an additional 20¢ a pound for community development—schools or roads—along with 30¢ per pound more if the coffee is organic.

For specialty-grade coffee, hand sorting is the last step in the dry milling process. To prepare this coffee for export, mill workers, typically women, skillfully and tediously pick out any discolored or ‘off’ coffee beans that could potentially take away from the quality of the coffee. From here the coffee will be bagged and stored until it is sold and shipped.Courtesy of Thrive

Fair Trade USA has delivered $350 million in extra income and assistance to 1.2 million farmers worldwide in its 17 years. The certification has expanded to categories such as textiles and fruit. Says Paul Rice, CEO of Fair Trade USA: “It’s enabling amazing changes.”

But fair trade hasn’t been enough to lift most coffee farmers out of poverty—critics charge that roasters enjoy a much larger share of the fair-trade premium than the growers—much less allow them to invest and improve their growing techniques.

A new generation of roasters is committing more money to partner with farmers. Companies like Intelligentsia and Stumptown Coffee (both newly acquired by Peet’s) and Counter Culture are touting “direct trade,” a phrase that connotes a less formal approach to teaming with growers with a particular emphasis on high quality.

The roasters aren’t driven just by altruism. It’s good for business, they say. “It seems so simple,” says Lander. “You pay farmers more, they grow better coffee, the quality goes up, and so does demand.” Lander says Thrive is profitable despite its higher payments because the ongoing relationships with farmers allowed it to eliminate multiple middlemen—such as exporters and importers—who each took a cut. Thrive’s deals protect its supply and provide access to some of the most prime beans at a time when customers are ever more enamored of small-batch offerings and increasingly obsessed with knowing their coffee’s provenance—and willing to pay for it. Thrive’s relationship with Costa Rican farmer Franklin Garbanzo, for example, gave it first dibs on his small-batch “Geisha” beans, which became one of the company’s top boutique offerings. Thrive has employees on the ground who help farmers develop new ways to fertilize and test plants to withstand drought and a fungus called coffee leaf rust, which have devastated crops in some Central American countries.

It’s hard to track the impact of direct trade, since only some roasters use the term and only some produce transparency reports that show the average amount paid in various countries. (Counter Culture, for example, reported that it paid an average $3.37 per pound in 2014.) By contrast, Fair Trade USA monitors how much goes to growers. The third-party audits also ensure that fair labor and environmental standards are upheld.

Starbucks (SBUX), which buys 461 million pounds of beans each year, created its own programs to work directly with farmers. It started seven support centers around the world, committed $50 million in farmer financing, and bought a farm in Costa Rica as a global agronomy center. The company relies on a program it developed with Conservation International called Coffee and Farmer Equity to verify that 99% of its coffee is “ethically sourced.” Starbucks paid an average price of $1.72 per pound in 2014, according to its annual global responsibility report.

Meanwhile, a string of tiny players like Pachamama, Doi Chaang, and Cafedirect aims to lift up farmers by giving them company ownership, control, and a significant cut of the retail profits. For example, Doi Chaang pays 75% above the fair-trade minimum for beans from a high-altitude Thai village and gives half its profits to the village. The money has helped bring electricity, water, a school, a hospital, roads, and more, says co-founder John Darch.

In the four years since Garbanzo agreed to work with Thrive, he says he has tripled his income and been able to fix his home, expand and upgrade his farm, and send his three kids to college. “I’m getting paid three times more without any real risk,” he says. Such anecdotes give Lander and Jones confidence that some day Thrive could use the model for cocoa and tea. “The whole commodity system is antiquated,” says Jones, “and this is the first step to change.”

A version of this article appears in the January 1, 2016 issue of Fortune with the headline “Friends of the Coffee Farmers.”