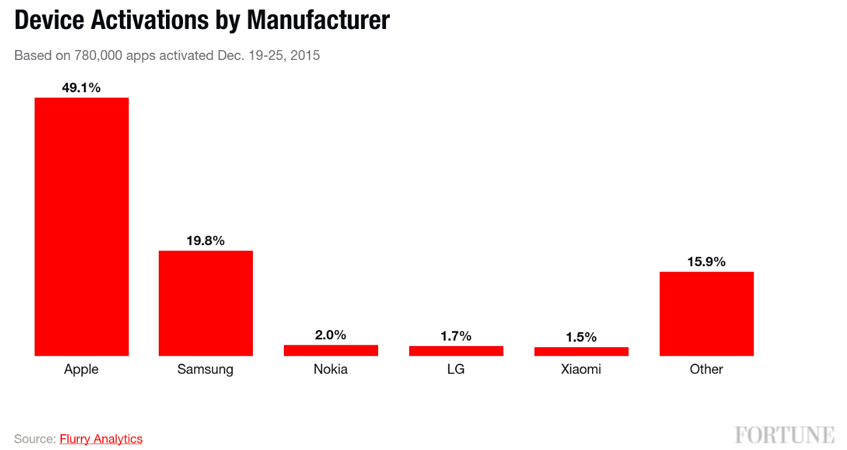 Did Apple sell as many iPhones this holiday season as it did last year, when it turned in one of the most profitable quarters in the history of capitalism?

We won’t know for sure until Apple (AAPL) releases its quarterly earnings report in late January, but early results bode well for what Wall Street is calling the “tough compare.”

The first piece of data I’ve seen comes from Yahoo’s Flurry Analytics, which tracks 780,000 mobile apps and can pinpoint when any one of them is activated on a new device.

According to Flurry, Apple took the top spot in Christmas week activations again this year, with 49.1% of all new devices activated between Dec. 19 and Dec. 25. That’s down slightly from last year’s 51.3% in a market that’s still expanding.

Flurry doesn’t offer unit sales estimates, but earlier this month research firm IDC projected that by the end of 2015 the worldwide market for smartphones would have grown 9.8% to 1.43 billion units. iPhone sales, according to IDC, were expected to grow 17.3%.

At that rate, Apple could be headed for another record quarter.