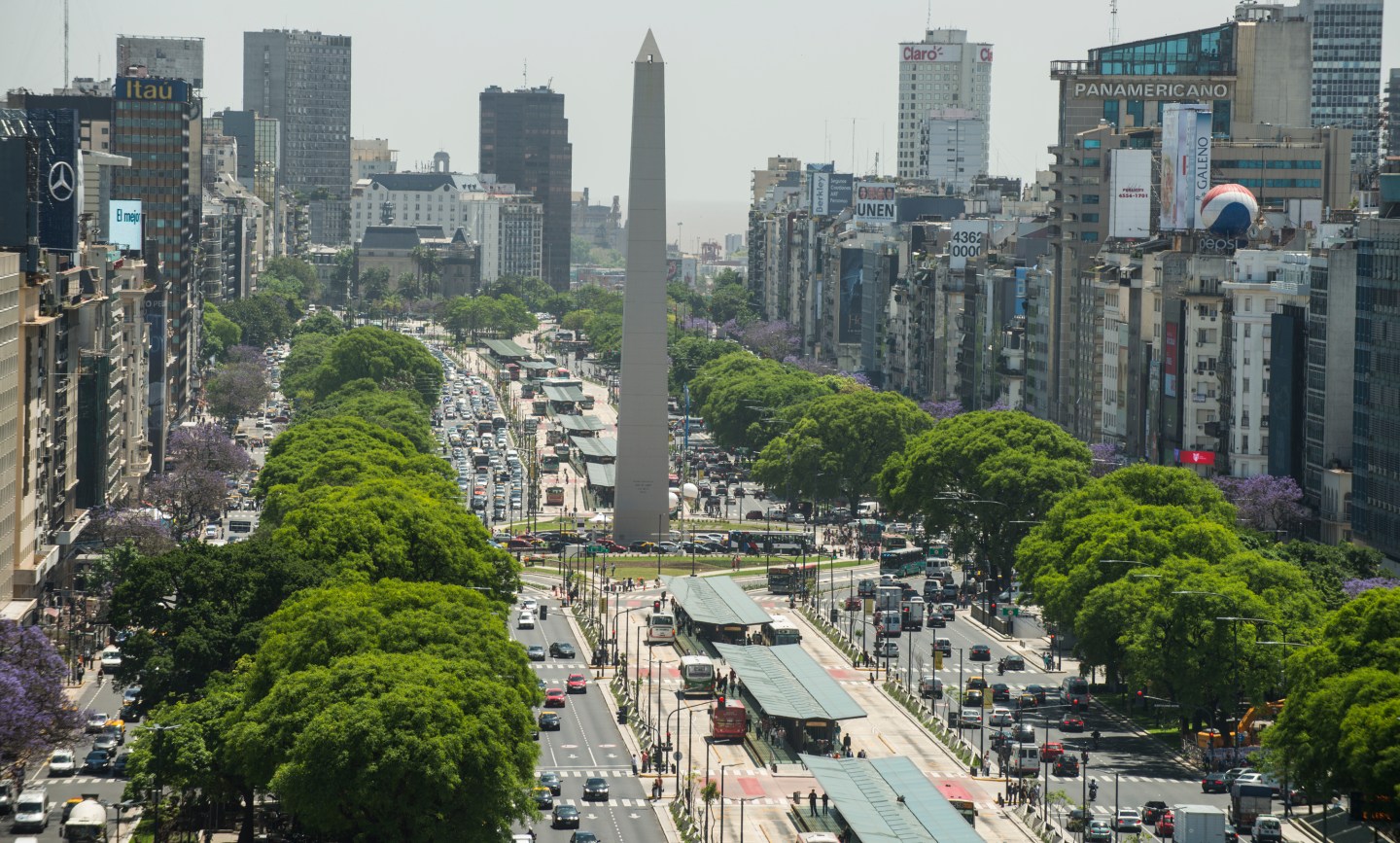 If you’ve been to Argentina in the past four years, you’ve found out that the best deal is to take your money in large bills and to change it illegally. Tourists from around the world have gotten more for their home currency thanks to Argentina’s booming black market, where pesos have typically traded for 30% less than the official rate. For Argentine citizens willing to accept a lower rate in return for the perceived safety of dollars, the black market had become the only way to get around the government’s tight currency controls.

Now, all this is changing. Earlier this month, new Argentine President Mauricio Macri removed limits on how many pesos could be changed into dollars and other currencies. The end of those limits caused the official value of the Argentinian peso to crash overnight, dropping 30% in less than 24 hours. Pesos on the black market rose slightly.

In the long-run, the elimination of that gap is likely to result in a more stable economic future for Argentina, according to Dr. Federico Weinschelbaum, an economist and professor at Universidad de San Andrés in Argentina.

In the short-run, though, Argentina’s underground economy is likely to take a hit. Those mostly directly affected by the change are the ones who had depended on the black market as a primary source of income. And there are many.

For the past few years, in the middle of Buenos Aires’s downtown, the crowded Florida street has been characterized by shops, street vendors, and a distinct ambient sound of men and women yelling “Cambio! Dolares, Euros, Reales, Cambio,” offering both foreigners and Argentines alike the best black market exchange rate. They call these black market exchangers “arbolitos,” literally translated into little trees, because they stay in one place for hours and exchange green paper. Currency changed in the black market is known as the dollar blue. Although the arbolitos have existed for over a decade, it wasn’t until November 2011 that they grew into a large forest-a black market so successful that it was almost legal.

Although exchanging currency outside of an official bank or designated exchange center is illegal, it’s not uncommon to see police officers standing nearby as a black market sales transaction takes place.

Rodrigo, 24, says he’s been working on the street for about seven years. He started selling city tours, but for the last two years he’s been making a bigger profit as an arbolito.

But these numbers are going to decline soon. He gives it three to four months before a dramatic decrease is seen on the streets. Although Rodrigo and other arbolitos are suffering the economical punch, most are holding onto the job for as long as they can. For many, this means, as long as any new law enforcement doesn’t push them out.

Rodrigo says that he’s never been told anything so far by police officers about his illegal practices, although he has once been pulled aside by an AFIP official, Argentina’s Federal Administration of Public Income.

“Nothing really happened, they asked me for my identification, took my information down, and left,” he explained.

Pato, a middle aged man who owns a newspaper kiosk on Florida Street, says that getting into the black market business was so easy that he just fell into it.

“It started a little over two years ago, when tourists would come to my stand on a daily basis asking me if I exchanged money,” he says. “At the time, my newspaper stand wasn’t doing so well, so I thought, I might as well make extra cash since I already have the clientele for it.”

He, like the grand majority of arbolitos, works for a wholesaler who buys the currency he changes on the street. “It’s them who have it worked out with the police, so we’re protected by that,” he says. “But who knows what’s going to happen now with the new government.”

When Finance Minister Alfonso Prat Gay’s office was contacted for a statement on any black market enforcement changes, they declined to comment.

For the past few years, the large gap between the black market and the unofficial rate told a story of the economic instability. It showed the little confidence that Argentines had in the peso (due to the instability), which led them to want to only save in dollars. So Weinschelbaum says the long-term benefits of the removal of that gap should produce more economic opportunity, even for those who may lose out in the black market.

That is as long as the official value of the peso, which has stabilized around 13 pesos per dollar, doesn’t continue to fall. Weinschelbaum said if the peso were to go down to 16 per dollar or more, which was the case earlier in the year on the black market, that would be an economic crisis. But he doesn’t see signs of that.

“Although it’s too early to tell whether this new government will attract foreign investments or not, it’s obvious that there is a greater confidence in the peso, and less need to stack up on more dollars,” says Weinschelbaum. “And that is the ultimate goal, because this confidence in our currency will translate to a more stable market.”

Right now, though, Pato says the market he has relied for the past few years for income has gotten less stable. The newspaper salesman says it had gotten to the point where he was making more income from exchanging dollars than he was from the kiosk. A black market exchanger was able to make up to 10,000 pesos a month, depending on the demand.

In the past month leading up to the removal of the currency control, his profits have shrunk down to 20% of what he used to make. This, he says, is due to the decreasing power of the black market. Since the gap between the official and unofficial rate began to close slightly as people anticipated the new government laws, he has made less profits. He also reports that he’s had less transactions in the past couple of months.

Although he continues to exchange money to foreigners today, he knows he will need to find alternate means of income. “I’m going to start concentrating more on my kiosk and figure out what I can do with it so that it can increase profits,” says Pato, who has a wife and child to provide for.

Indeed, even among arbolitos, confidence in the Argentinian economy appears to be growing. Rodrigo doesn’t have a business to fall back on, but he’s also not very worried about finding an alternate way to make a living. “There are plenty of jobs to do in Argentina,” he says.