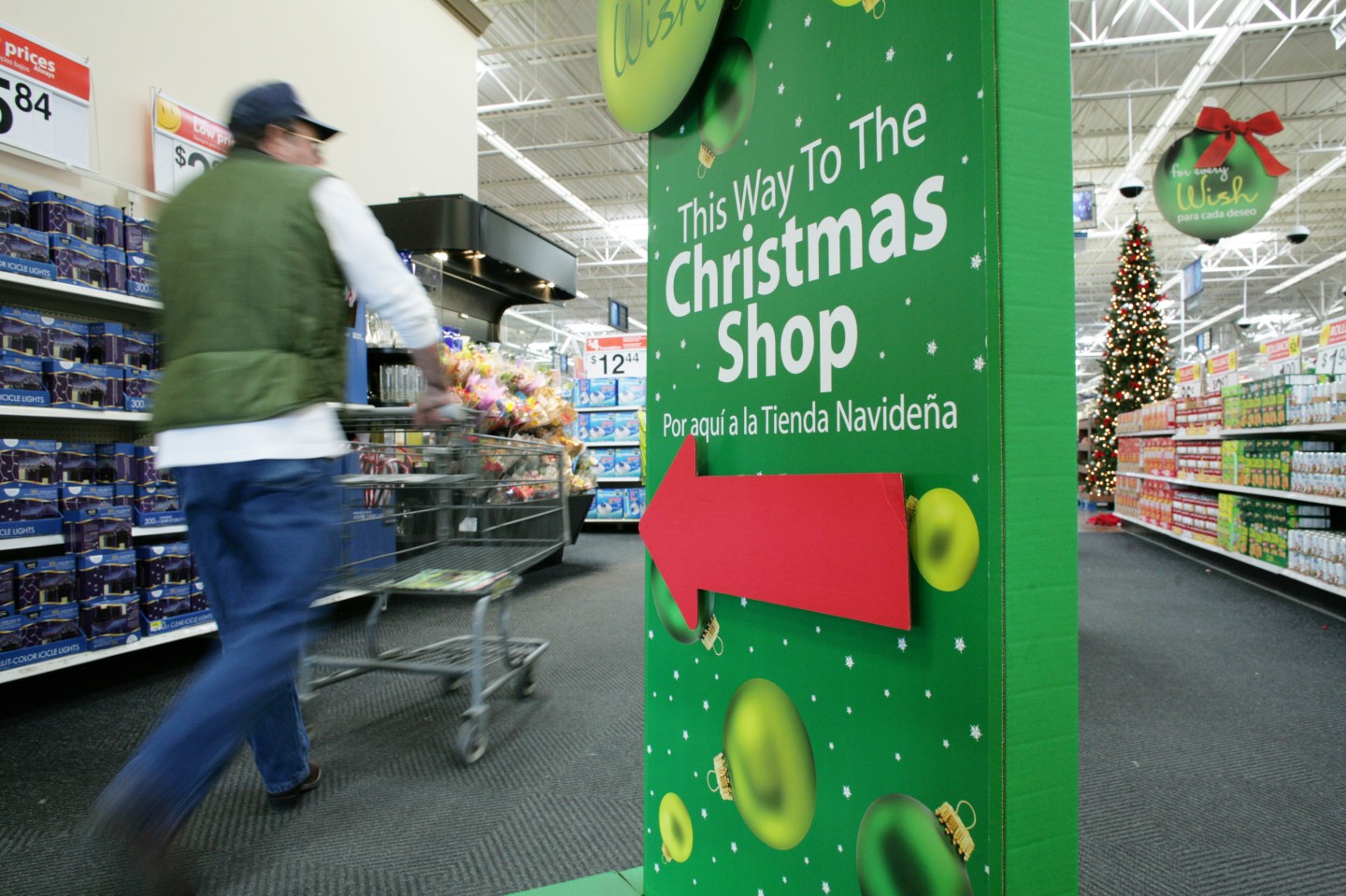 UNITED STATES - NOVEMBER 02: Customers pass the sign indicating the opening of their Christmas section inside a Super Wal-Mart in Thornton, Colorado, on Friday, Nov. 2, 2007. Today marked the first day of holiday shopping for Wal-Mart customers with the opening of the Christmas shop. (Photo by Matthew Staver/Bloomberg via Getty Images)
Matthew Staver—Bloomberg Bloomberg via Getty Images

In the final weekend before Christmas, a growing number of Americans went online rather than to stores to wrap up their shopping.

According to RetailNext data cited by the Wall Street Journal, sales at physical stores fell 6.7% over the most recent weekend, while traffic declined 10.4% compared to a year earlier. RetailNext tracks shopper traffic via software it provides clients.

These results are worrisome for brick-and-mortar retailers and malls given that the weather almost everywhere in the United States last weekend was conducive to shopping, with few disruptions from snow or ice.

And therefore, the past weekend’s trends are yet another signal this holiday season that show how e-commerce is hitting an inflection point in how Americans shop: A NRF survey last month found more shoppers (103 million) went online than to stores (102 million) over the Thanksgiving/Black Friday weekend.

This past weekend included Super Saturday, a day that year in, year out, runs neck and neck with Black Friday as the top shopping day of the year. So it was key to retailers looking for improve what is shaping up to be a so-so holiday season, in part because of record-setting warm weather.

The National Retail Federation said last week sales have been below expectations so far but said it had to do with the lower prices retailers are charging. The NRF still expects total sales to be up 3.7% for the season. (Next week is a big shopping too, so retailers, buck up- there is still time.)

And on Monday this week, online sales rose 27% on a day that had until this year never really been a major online shopping day, according to Slice Intelligence.

Many retailers like Walmart (WMT), Target (TGT) and Macy’s (M) have spent billions in the last few years to raise their e-commerce game, to some success.

But again, Amazon (AMZN) has been dominant: Slice said Amazon accounted for 55% of all online sales on Monday.

Traditional stores like to say that 90% of sales still happen in store when seeking solace from the e-commerce boom. But with each passing holiday season, that will become less true.