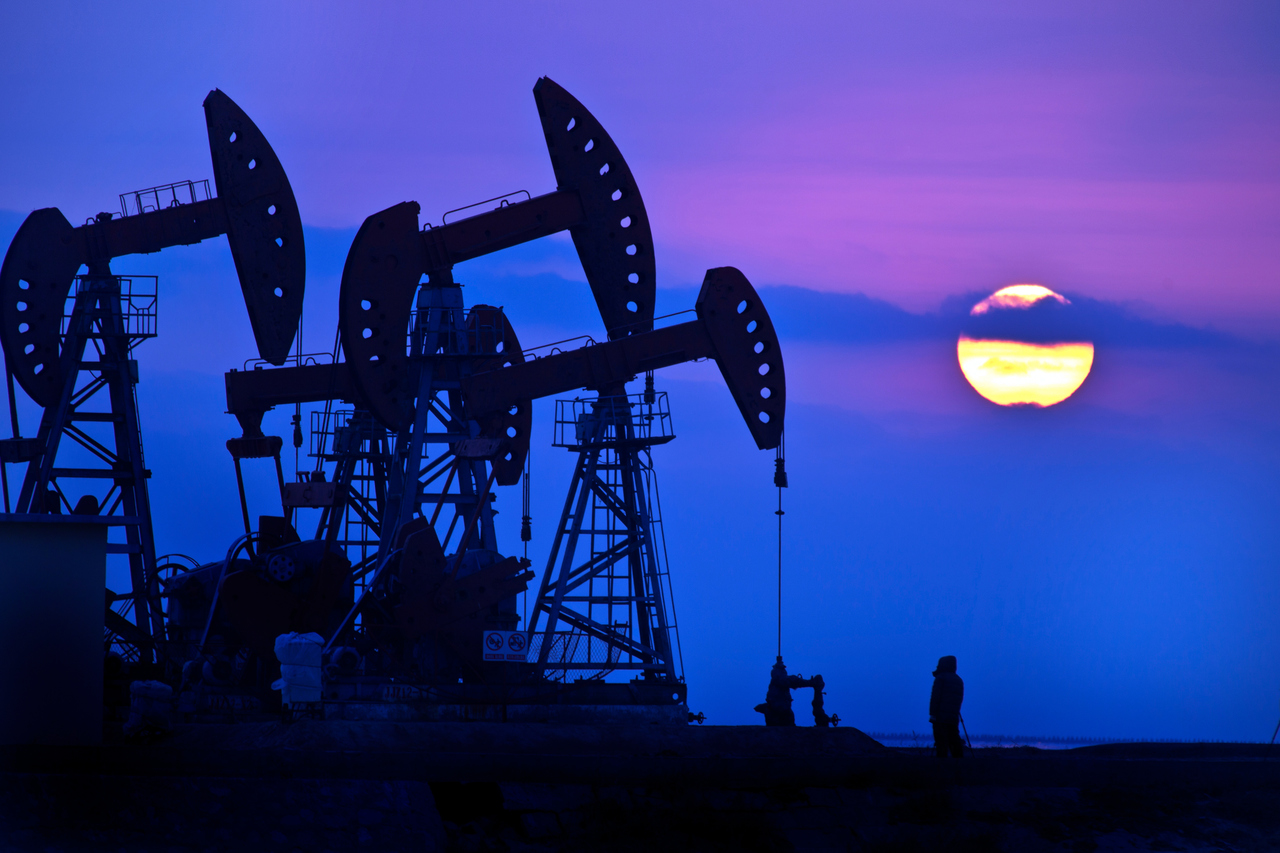 Back in 2013, the West Texas Intermediate (WTI) Crude oil price benchmark was around $110. It’s plunged pretty steadily since the middle of last year, and this month it’s down 17%. Tuesday it fell below $34 a barrel for the first time since 2009, before rebounding to just over $36.

The drop in oil prices has surprised Wall Street. Back in March, analysts were expecting prices to rebound to $50 a barrel in the fourth quarter or better. Futures contracts were trading as high as nearly $64 a barrel a year ago. Analysts have now lowered their expectations. Here’s why oil prices are so low and why they could stay that way.

What caused the latest drop in oil prices?

The Organization of Petroleum Exporting Countries (OPEC) at its latest meeting in Vienna at the start of December decided to keep oil production at its current levels despite the recent drop in oil prices. But the level of disagreement that seemed to come with that agreement among the powerful cartel members surprised even seasoned observers. The result, observers say, is that there is now no supply discipline at a time when global demand, particularly from China, appears to be dropping.

On top of that, sentiment was also hurt by the United Nations climate conference in Paris, which seemed to suggest to many that the world leaders were more committed than before to switch their economies away from oil and other fossil fuels.“Paris is not the world saying it wishes it weren’t trapped in an abusive relationship with the fossil fuel industry; Paris is the world’s economy serving divorce papers,” pointed out Michael Liebreich, chairman of Bloomberg New Energy Finance. “A key point has passed, an irreversible process has started.”

And while declaring the end of fossil fuels is likely extremely premature, that kind of rhetoric is spooking the market at at time when prices are vulnerable.

Why has supply continued to rise even as demand has dropped?

Because although all producers would benefit from a higher price, no-one will unilaterally cut output to make it happen. Saudi Arabia is no longer prepared to act as a lone swing producer, reasoning that it will just lose market share if it does so.

It looks like U.S. shale production will finally ease in 2016, though perhaps not until the second half of the year, but that prospect is more than offset by the possibility of Iran returning to the market next year.

Why is demand not increasing even though prices are so low?

The global economy is not in great shape. Growth in Europe remains anemic, while the U.S. is importing less and even preparing to export. The Chinese economy is also growing more slowly, with a knock-on effect on many other economies that depend on Chinese demand, from Australia to Brazil.

Also holding down demand is that fact that the world economy is becoming more efficient. So-called energy intensity, or the amount of energy consumed per unit of economic growth, fell by 1.4% a year between 2000 and 2014, according to Enerdata’s Global Energy Statistical Yearbook 2015. These improvements are permanent, will offset any increase in demand caused by higher economic growth, and are likely to accelerate.

To add insult to injury, mild winter weather in the US and Europe has hit demand for heating oil.

When will oil prices rise again?

Not any time soon, some analysts say. Citigroup suggests that WTI crude would need to fall to the low $20s to materially impact production. Iran’s return to the market could add one million barrels of oil a day to supplies and cut oil prices by a further $10 per barrel next year, the World Bank predicts, while Libya and Indonesia may also add extra supply.

U.S. producers, meanwhile, have responded to falling prices by becoming more productive and cutting costs. In North Dakota, for example, production rose in November, even though only 43 new wells came online against the 120 that used to be required to keep production flat, according to analysis from Citi.

There is also a “fracklog” of “drilled but uncompleted wells,” which could add another 400,000 barrels per day to the market in the first half of next year, Citi says.

Who wins from the fall in the oil price?

The most obvious winners from the drop in the price of oil are consumers. The price of gasoline has fallen by double-digit increments in 35 states and Washington, D.C. since a month ago, and motorists in 14 states are saving more than a quarter per gallon in the price at the pump over this same period, according to the AAA. Gasoline prices on average across the U.S. recently fell below $2 a gallon for the first time since 2009.

Meanwhile, industries that use oil and gas as a feedstock, including utilities, chemicals, and farmers, whose fossil fuel inputs range from fertilizer to diesel, are benefitting. Auto sales of conventional autos, particularly SUVs, are also up.

The lower price will slow the growth of the electric vehicle market, but not renewable energy projects because energy prices are not strongly linked to the oil price, according to Bloomberg New Energy Finance.

What do low prices mean for the U.S. oil industry?

In the short term, the U.S. shale sector is an obvious loser. Lower oil prices have exposed some of the vulnerabilities of the industry, not least the reliance on debt to fund expansion. U.S. independents spent $32 billion more than they earned in the first half of 2015, according to Factset. Bloomberg reports that one sixth of major independents face interest repayments of more than 20% of their revenues.

Ben Higson, a partner at law firm Hogan Lovells, says low prices will lead oil companies “to think about consolidation, diversifying risk and reducing costs. We also expect more distressed assets to become available as banks which have so far tended to ‘lend and extend’ credit to oil companies, begin to put pressure on oil and gas companies. In particular, oilfield services which are highly dependent on oil companies continuing to explore for oil, extract and refine it, will be ripe for consolidation.”

However, the banks show little sign of turning off the supply of credit. They believe that prices will rebound next year–and that interest rates will not rise significantly, despite last week’s Federal Reserve rate increase. Yet the Fed’s committee members’ forecasts suggests four rate hikes next year, significantly more than the market predicts. As Oxford World Financial Digest notes, “this seems like a pretty big bet that banks are taking. If they are wrong, it could lead to a whole lot of bad loans.”

How much is alternative energy responsible for oil’s decline?

In a world where even Saudi Arabia and the UAE have committed to large clean energy projects and started to dismantle fossil fuel subsidies, the danger is that subdued growth meets falling costs for renewable energy, energy storage, and electric vehicles to permanently depress demand and consign high-cost projects–such as Canada’s tar sands, Brazil’s pre-salt reserves and projects in the Arctic–to oblivion.

Mark Lewis, head of utilities research at Barclays Capital, said that after the Paris agreement, fossil fuel companies will find long-term investors progressively harder to come by, for three reasons:

In a little-noticed announcement in Paris, 13 auto industry CEOs committed to decarbonising transport over the next 20-to-30 years. “We cannot continue to rely on fossil fuels to power those vehicles,” the CEOs announced. As Tom Burke, CEO of environmental consultancy E3G points out, “this commitment is a dagger pointing right at the heart of the most valuable part of a barrel of oil.”