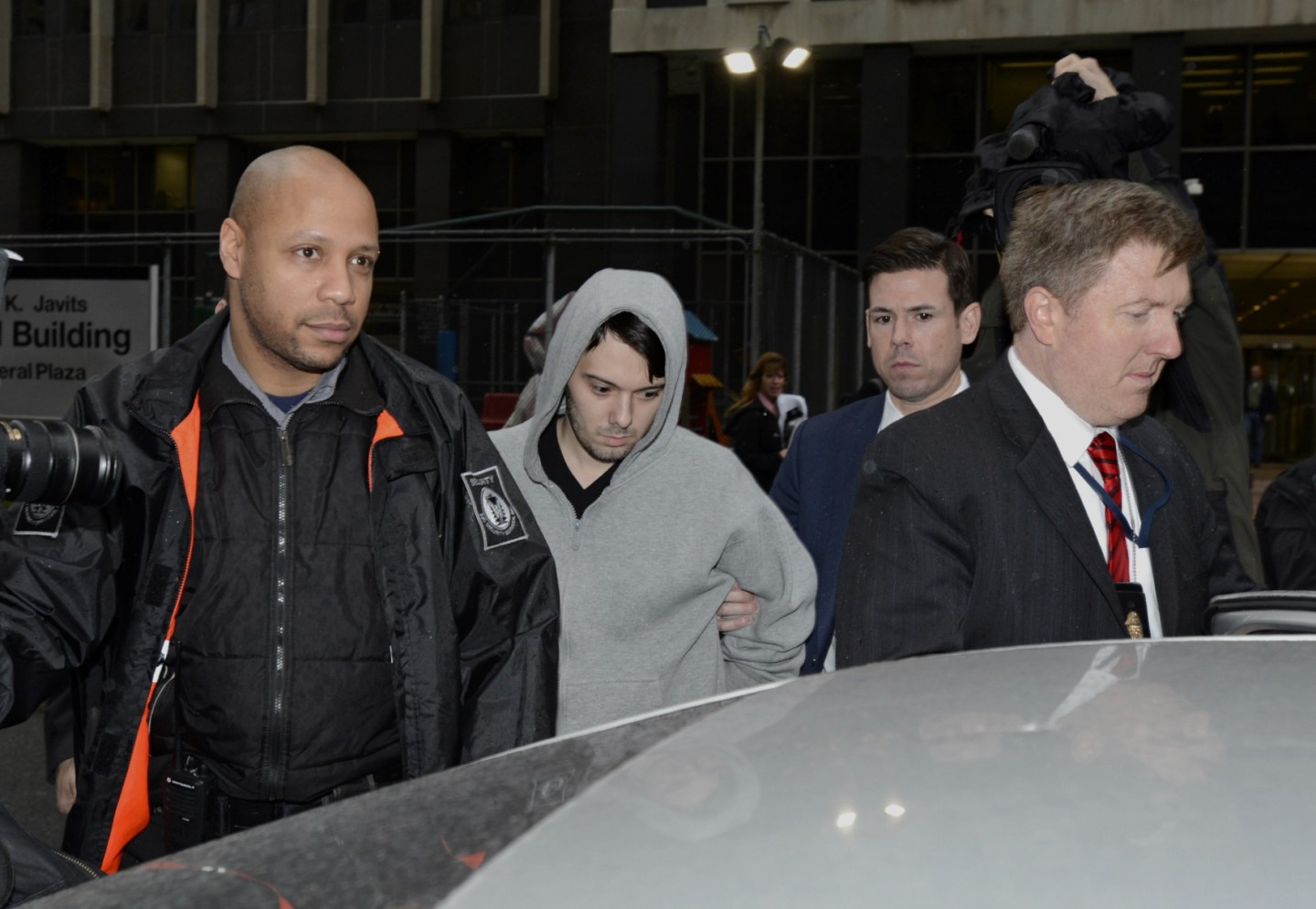 A clinical drug trial has been suspended following the arrest of “Pharma Bad-Boy” Martin Shkreli.

The trial was testing a drug known as KB003 that had been developed to treat a form of leukemia. It was sponsored by KaloBios Pharmaceuticals Inc. (KBIO), which Bloomberg reports was headed by Shkreli. He named himself CEO after purchasing a majority interest in the company just last month.

Shkreli, who stepped down as the CEO of Turing Pharmaceuticals, is best known for dramatically raising the price of an AIDS treatment drug by 5,000%. He was arrested on Thursday under suspicion of securities fraud.

He’s been charged with illegally taking stock from biotech firm Retrophin (RTRX), which Shkreli founded nearly five years ago, to pay off unrelated business debts. According to a tweet pinned to the top of his Twitter feed, the ex-CEO maintains that the allegations against him are “baseless and without merit”:

Clinical trials for the leukemia treatment were being conducted at various institutions. According to Bloomberg, the University of California at Davis and the Moffitt Cancer Center in Florida have suspended their trials. It is uncertain whether trials at five other clinics—the Mayo Clinic, Cleveland Clinic, University of Miami’s Sylvester Cancer Center, Weill Cornell Medical College, and Northwester University’s Lurie Comprehensive Cancer Center—will be halted as well.