How Toxic Algae Is Ruining the Crab Season 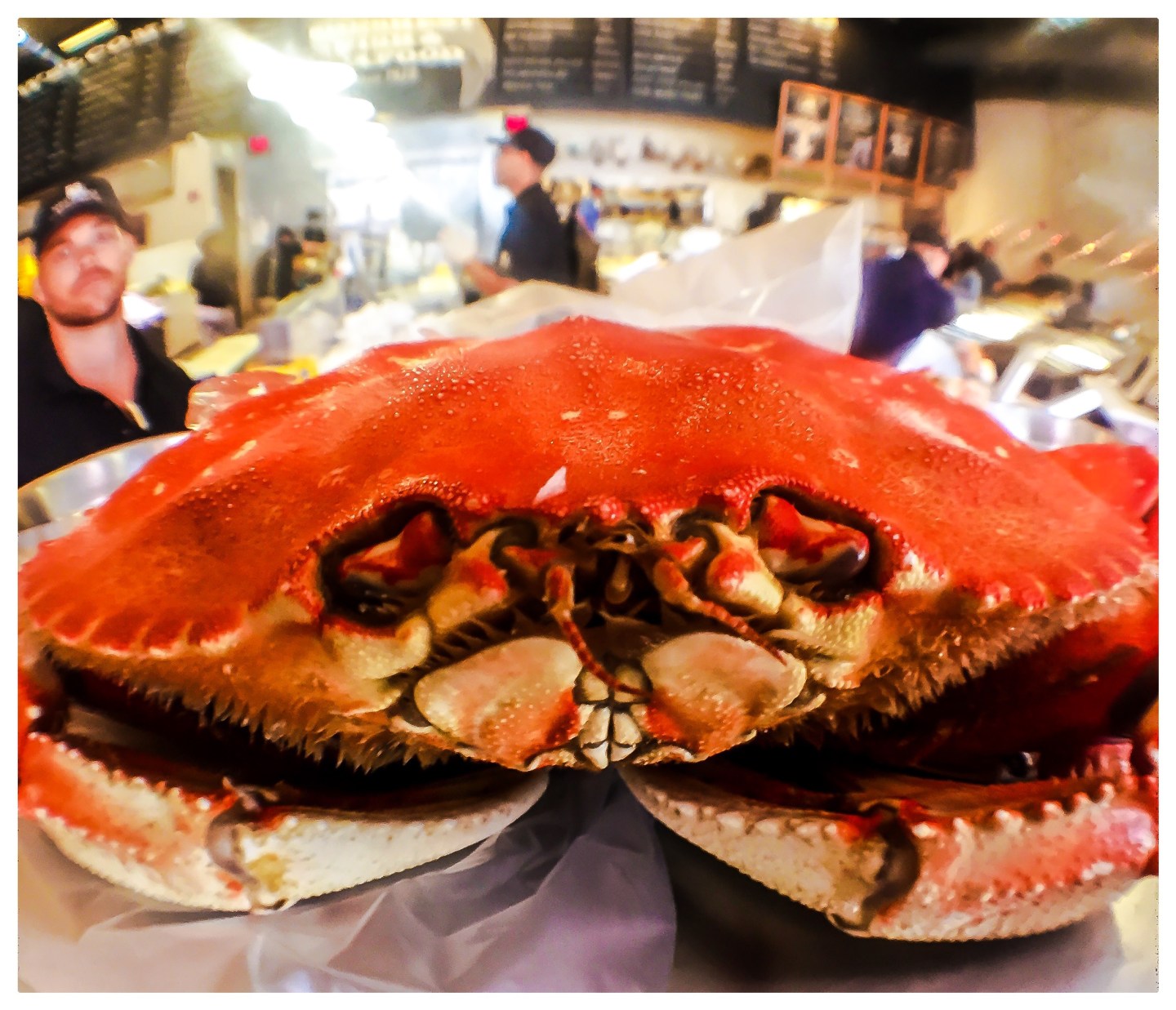 A toxic algae bloom is shutting down crabbing along vast swaths of the West Coast. And the economic effects are reaching much farther than that.

Not only are fishers harmed, but also processors, truckers, wholesalers, and retailers. And while the bloom might be dissipating now, it has already damaged the West Coast’s fishing industry (and not just crabbing), and next year might be even worse.

The algae bloom is the worst of its kind ever recorded off the California coast. It is most likely caused by this year’s record-breaking ocean temperatures in the Pacific, which are almost certainly due to the El Nino weather pattern that is now bringing rains to the drought-parched West Coast, and unseasonably warm temperatures to other areas of the country.

The algae produces a toxin — domoic acid — that makes its way into the tissues of Dungeness crab and other bi-valve creatures. It can cause serious illness in humans, and can even be lethal. For that reason, the commercial crabbing season, which had been set to begin on Nov. 15, has been delayed. The Dungeness crab industry in California generated about $59 million in sales in the 2013-2014 season.

Crab fishers are the hardest hit this year, of course, but processors are taking some losses, too. That’s not only because they can’t process Dungeness crab, but because some consumers are wary of eating any seafood from the Pacific, even though the products on the shelves are just as safe as ever. “Initially, people thought, ‘oh, the water is bad,’ and were nervous” about buying any fish, says Julie Orton, chief financial officer for All Seas Wholesale, a San Francisco seafood processor. Sales flagged for a while, but they’re picking back up now, she said, as people come to learn that only certain species are affected.

All Seas, like most other processors, is well-diversified. That protects the operators from the effects of any one species being pulled from the market. But Dungeness crab is a big seller, especially in season, when people in Northern California and the Pacific Northwest gobble down crab at holiday parties put on “crab feeds” — a tradition akin to the community corn boils and fish frys found in other parts of the country. Many crab feeds double as fundraisers for various causes, so there’s another ripple effect from the algae bloom.

It’s not that Dungeness crab is unavailable — it’s just more expensive and harder to find. Californians are relying largely on crab caught up the coast — even as far as Alaska. As winter comes on, and the ocean cools, California fishers will be able to get back to work. But for now, nobody knows when that will be.

The toxic bloom comes at a time when California Dungeness crab is actually becoming a hot export item. Despite the fact that it’s “extremely expensive to ship” the product (it must remain frozen), the demand in China and elsewhere is such that it’s worth the cost to do so, says professor Steven C. Hackett, who chairs the economics department at Humboldt State University in Northern California, and who specializes in the economics of fisheries. “It’s actually become a luxury good.”

Despite rising demand, the market for Dungeness tends to fluctuate rather wildly, even in the absence of environmental problems. Last season, about $59 million in California Dungeness crab was sold, according to the California Ocean Protection Council. Four years ago, that figure was $95 million. The average for the decade leading up to 2011 was about $30 million. Meanwhile, the West Coast fishing industry as a whole is reeling from a historic drought. It is into this already uncertain market that the algae bloom has spread. There are fishing bans in parts of Washington and Oregon as well.

And it could get worse. Often, the year following an El Nino produces even bigger algae blooms. Is is “quite possible that next year will be another big bloom year and possibly just as toxic or more toxic, Raphael Kudela, a professor of ocean sciences at the University of California, Santa Cruz, told Bloomberg News last month. “So, at that point, three years in a row, it starts to become the new normal.”

That’s far from guaranteed, however. Big algae blooms have emerged in years unrelated to El Nino. And not every El Nino brings algae blooms.

El Nino aside, however, some scientists are warning that such problems will become the “new normal,” thanks to climate change. The research on this particular question is far from certain at this point, but the oceans have been warming, and warmer oceans tend to create more blooms.

For the moment, though, the industry is fixated on the short term. The holiday crab season begins on Thanksgiving and runs through Christmas, New Year’s, and the Super Bowl. “We missed the first, we will likely miss the second, and so the hope is for those last two holidays,” says Hackett, of Humboldt State. “Otherwise I assume much of the catch will be frozen and sold at a later date.”